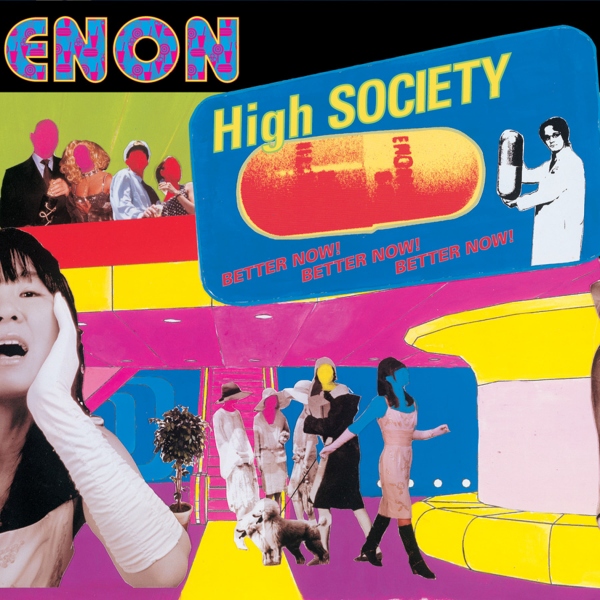 If they weren’t so damn likable, I would hate this band. I was excited to hear their first album, Believo!, but was left sorely disappointed after listening to what was essentially the noodling of a couple guys with diverging tastes and recording styles. So, I came into this sophomore effort with more than a little skepticism. First, they dropped the guy that fucked up the first album with all his bizarre production crunches, gained a couple new folks, and came out the other end with a mighty fine album. The end result sounds like a rumble between the Sneaker Pimps, Beck and any number of Pavement side projects. I realize these may be mutually exclusive in some realms, but in the world of Enon, all of these different sounds can come together to form a really fun album. A couple tracks voiced by Toko Yasuda, formerly of Blonde Redhead, are fresh little snippets of dancey alt-pop that gives just the right sheen to an otherwise rockin’ album. Yes, it’s arty. No, it’s not for everyone. But pick it up at your local store and be prepared to hear something that won’t remind you of anything you’ve heard on that goddamn progressive rock station in your godforsaken town.