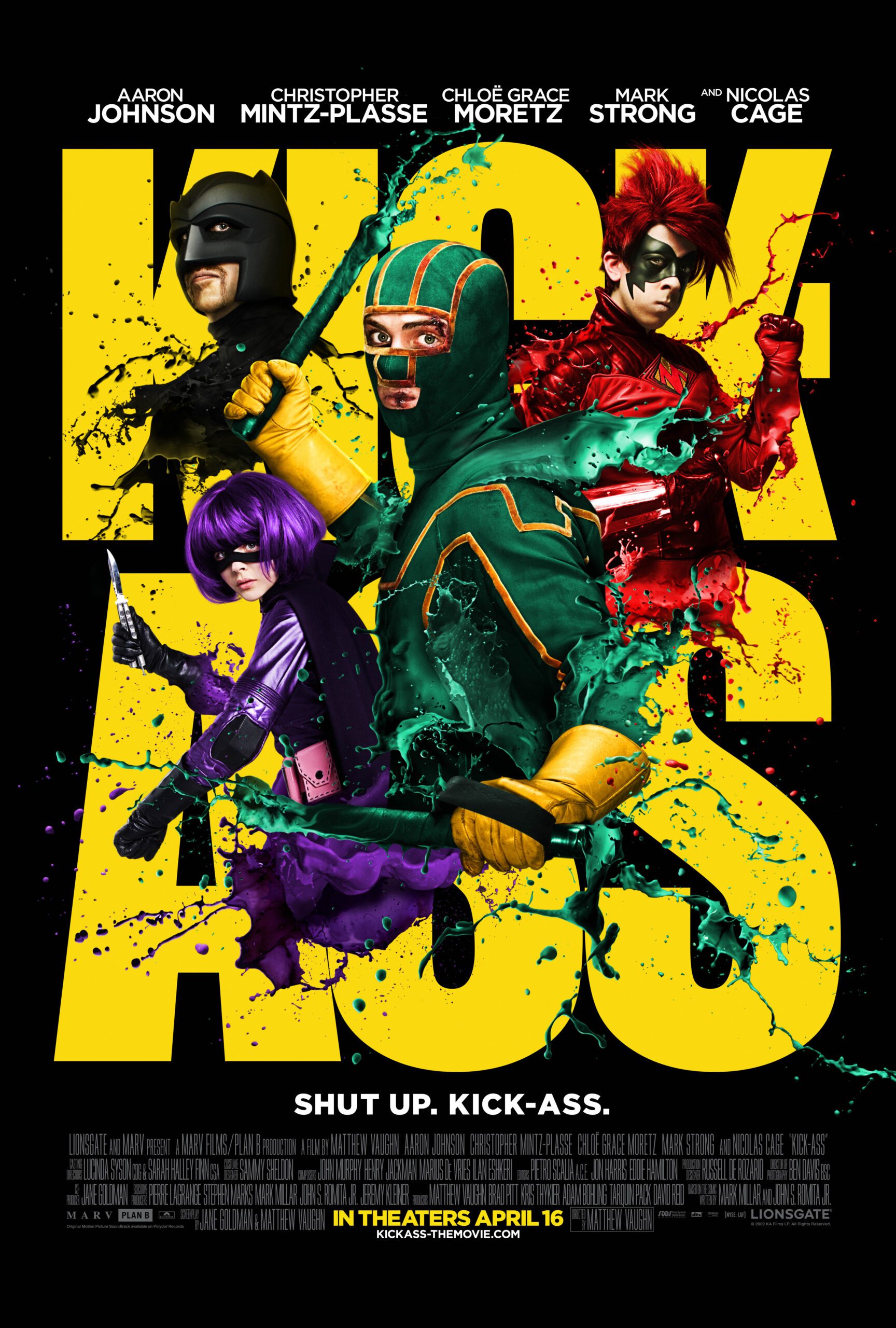 Having seen this film and Scott Pilgrim right around the same time, I couldn’t help but come away from this one disappointed. This plot makes Scott Pilgrim look like Inception. And the visuals, while certainly cool here and there, lack that oomph of the other film.

Like I said, the plot is pretty rudimentary. There’s this geeky high school kid who decides that in order to be something he will create a superhero identity, Kick-Ass. As a superhero, he pretty much sucks. He’s a dork in a homemade scuba suit. In fact at one point he gets his ass so handed to him by a bully that he runs in front of an oncoming car and basically all of his bones have to be replaced with like titanium, rendering him impervious to pain. Certainly at least one thing that makes him technically “super.”

Meanwhile, the girl that all of this is meant to impress starts to take notice and in a very 21st century plot development, Kick-Ass is filmed one night on a kid’s cellphone while protecting a man from a gang of would be attackers. He’s instantly famous, as his video is viewed by just about everybody, including his unsuspecting friends, potential girlfriend and the city’s super bad guy. This is all great, except the super-bad gangster is having issues with his henchmen being killed during their rounds and, after seeing the video, thinks it’s Kick-Ass who is disrupting his business and picking off his men. When, in fact, it’s creepy Nicholas Cage and his superhero daughter. Wackiness ensues.

The movie is immediately bloody and brutal, kind of in a Kill Bill kind of way. But there’s certainly a more visceral realness to things than there are in the video game-like atmosphere of Scott Pilgrim. The daughter of Big Daddy (Cage) is named Hit Girl and absolutely decimates adult males in every conceivable way, most of which include evisceration, beheading or just general nastiness. The whole spirit of the film just feels off. Even the relationship between Kick-Ass and Red Devil (the lonely son of the aforementioned gangster) feels like it had the right idea, but was executed in kind a strange, off putting way. The side plot – or maybe it’s the main plot – about Kick-Ass trying to woo this girl involves him hiding his secret identity when masked (which becomes not even part of the plot after a time) and hiding his real identity be pretending to be gay in order to get close to her when he’s unmasked.

I kind of understand what they were going for here, but the humanity in the thing is relegated to one character in the form of Kick-Ass, while the others are cartoon-ish and ultimately pretty one-dimensional.