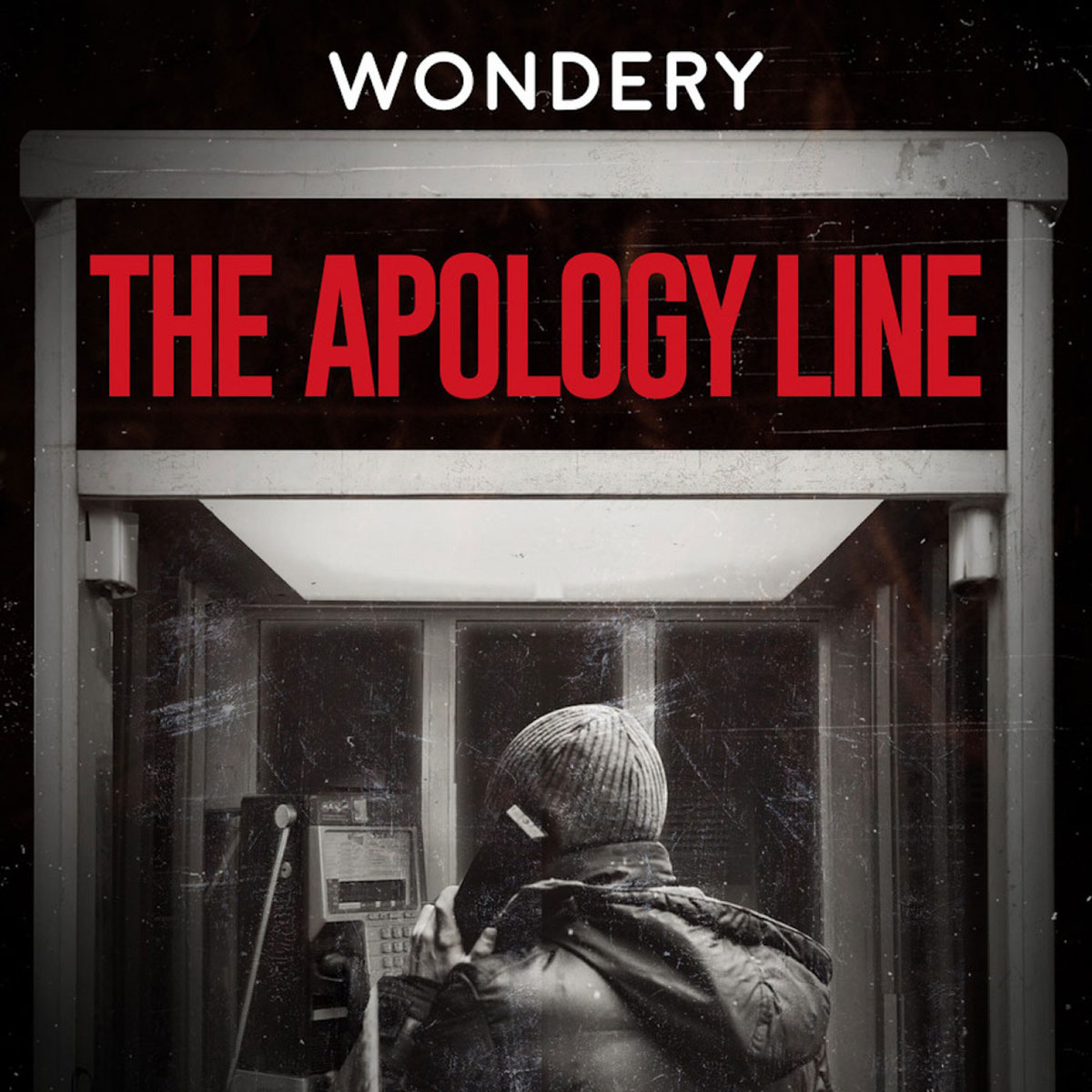 This was not a thing I was aware of. And, honestly, that’s what seemingly drives most of my podcast listening. Granted, the man who ran The Apology Line itself, Allan Bridge, died the year I moved to NYC, but I saw nothing about his death in the news and never heard anything about the legacy of the line itself. A total black hole in my brain where this pretty cool-sounding thing sat. So I decided to load it up in order to educate myself. And now I know.

So, for the uninitiated, The Apology Line was a number (and, eventually, a series of numbers) where New Yorkers could anonymously call in and leave a message, literally apologizing for anything. They could unburden themselves for cheating on a spouse, shoplifting, being a bad friend. Murder. Allan would gather all of the calls, cut and edit them and create outgoing “programs” for the callers to listen to. The whole thing was one part art project, one part social experiment. But for Allan, it became all encompassing. Hearing others’ confessions can be a burden, especially when those confessions escalate.

The actual podcast is narrated by Marissa Bridge, the wife of Mr. Apology. She tells of Allan’s gradual embodiment of his alter-ego, his isolation and obsession with the line and some of his more intense repeat callers. Including one dude who claimed to be robbing and murdering gay men in the city. While the line promised callers anonymity and no police involvement so that callers could feel safe confessing, Mr. Apology felt an undue pressure to investigate the voracity of these claims. From the outside, it seemed like the logical place for the program to go, but it was also the where Bridge started to unwind.

The line was apparently pretty popular, and obviously pre-dated the Internet. So callers treated it much like a modern message board might work. Some contributed. Some just lurked. You had your power users and your folks who just dropped in on occasion. And then you had Allan, who ran the board, had to keep everyone happy and, in some way, created a monster he couldn’t control. The more popular it became, the more work it became. Until it enveloped him. He was Mr. Apology and he too was anonymous. So he had his programs to compile, his investigation — which he took on himself — and no ability to share with his friends what he was up to. And a wife-turned-podcast-narrator who witnessed the whole thing.

The most interesting part of the podcast is the genesis and phenomenon of the line. Certainly an anachronistic record of a bygone era, but one that almost predicted the propagation of the Internet and the anonymity afforded its users to broadcast all sorts of personal and confessional-style information. We all remember those incredibly tedious journaling blogs from the late nineties about cats and tacos and knitting taco cats. So thanks for that. But the issue with the pod — and I don’t know if this is a matter of the audio content missing from the time — is that the mechanics of the line itself are unclear.

Ms. Bridge is a fine narrator, but her focus on the personal investment of her husband overtakes the baseline understanding of the line itself. She references all these “programs” that he puts together. But never really explains what those are or how they work. And, sure, I was a young adult at the tail end of this thing, but the whole calling into a specific number, leaving a message and then also listening to a message is confusing to me. Am I contributing or listening? Are the programs asking me to talk about a certain thing, or broadcasting a compilation of people who contributed to the last posed question? Bridge, in her narration, seemed too close to it and made assumptions of familiarity or just failed to outline how everything worked. Or maybe I just missed it somehow.

Ultimately, I know this is just my brain: but not understanding the underlying functionality of the line was detrimental to my enjoyment of the overarching story. I’m also dubious that they call this a “true crime” podcast, as there’s no real crime here. Crime is alleged in some cases, but the heart of the story is about a man and his art and obsession, not any particular illegal activity phoned in by the line’s callers — real or imagined. Otherwise, it was an interesting little pocket of time in a changing city and a landscape about to explode into the transparency of the Internet age. One that Mr. Apology helped nudge along just that little bit.