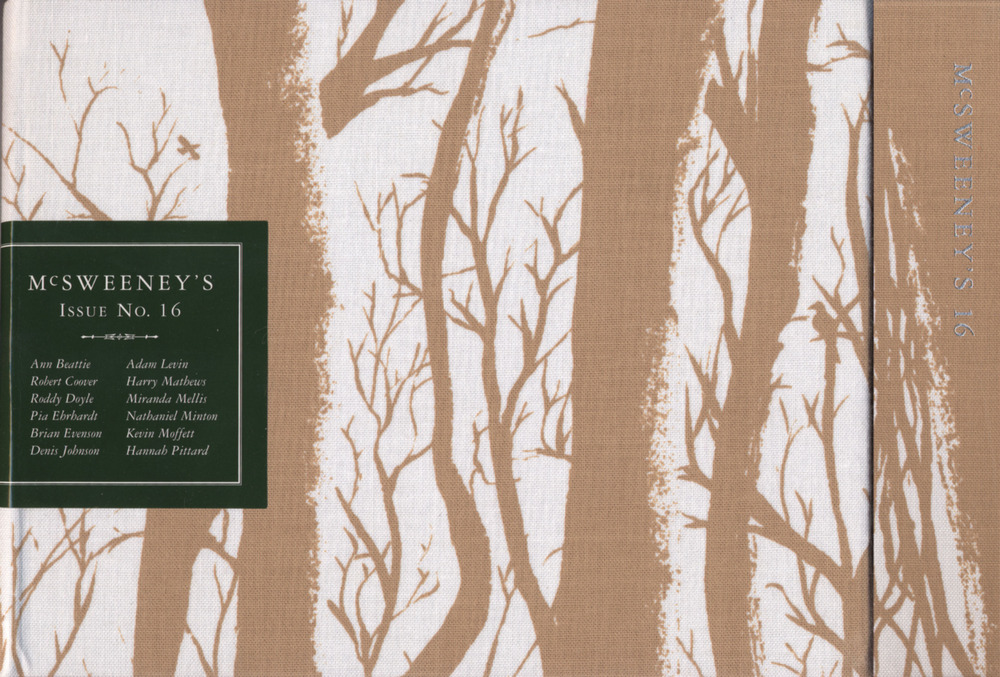 Someone somewhere at McSweeney’s put a lot of thought into the packaging of Quarterly issue 16. The three separate pieces of literature come in this nicely lined fold over case. Oddly enough, it includes a plastic comb with the name Tim on it (presumably for Timothy McSweeney), and even more interestingly recreates the grandpa smell perfectly. And not the twenty-year-old grandpa who was swingin’ with his gal at Coney Island and wishing he could slick his hair back just a little more. No, this is the grandpa in the retirement home who decides it’s about time you have his musty shaving kit that he bought for a whopping $2.95 at a USO sock hop to support domestic steel production. He really hated Hitler! So the packaging is cool, but what about what’s inside? Hmmm. Skimpy. I guess that’s the best way to describe it. Granted, what is there is the highest quality of any of the stuff I’ve read so far. It definitely left me wanting more short stories–which is rare. I generally tire of the genre after reading an entire anthology, but these really stood out as some of the best collection-wise I’ve read in a while. I didn’t read the Robert Coover story, which was written on a set of oversized playing cards, and meant to be read in any order one chooses. I’ll get around to it, as I like his writing, but holding a bunch of big playing cards on public transportation might draw some serious stares. I’m looking forward to the next volume, which I’m sure will feature like Viking stories, or the musings of a pack of mentally challenged kids from Tucson. Whatever the case, it’s always interesting.