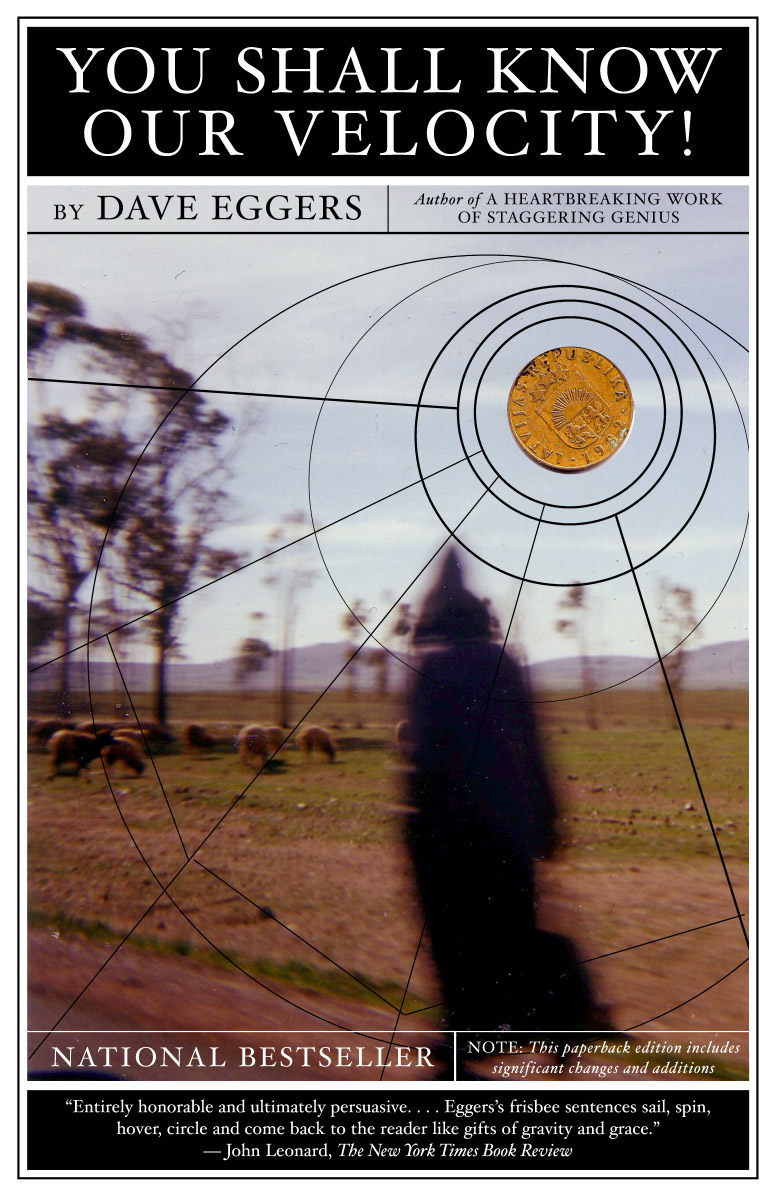 You Shall Know Our Velocity

Is it wrong of me to like this book? It seems that just about everyone out there thinks Eggers is a blowhard and a complete egomaniac. Despite actually liking those attributes in my authors, I don’t see a ton of it in Eggers. Sure he tends to meander a little and over dramatizes certain points that don’t necessarily always need the hard sell. Two guys traveling around the world trying to get rid of $32,000 doesn’t immediately sound like overly compelling subject matter, but adding in the subtext of their lives along the way is what makes this particular book a decent read. I can’t claim to understand one hundred percent of the symbolism and motivation behind the character’s struggle, but as one of the characters says himself at the end of one chapter, “The pig symbolizes nothing.” As is the case with most “post-modern” novels, there is an oddball narrative trick thrown in at one point that either adds or detracts from the story, depending on your perspective. All that nonsense on the cover of the book about “this paperback edition includes significant changes and additions” turns out to be true–and I’m sure planned way beforehand. The paperback edition, which I read, includes an entire section that completely alters the meaning and narrative of the story. You can download just that section here and check out what you missed if you read the hardcover edition. It’ll probably make you want to throttle Eggers, but I believe that’s the idea. Without giving too much away, this “interruption” calls everything that comes before and after it into question and adds to the strange ambiguity of the fiction/non-fiction thing that Eggers obviously loves to play with. Think about the two main characters, Will and Hand, as you read. Think of their names and actions in the context of the story and this narrative break. Anyone seen Fight Club, or perhaps read something that doesn’t really hit you until two weeks after you finished it? You’ll see, smart guy. I liked this book while reading it, but am impressed with its cleverness after thinking about it for a while. There’s a certain timelessness and humor that builds in his stories–the ebb and flow keep them rolling along. There are sentences that remind me of my sarcastic-ass self and made me wish I could sit down and put something on paper that didn’t have ADD written all over it. Crap, I might have to read this one again.