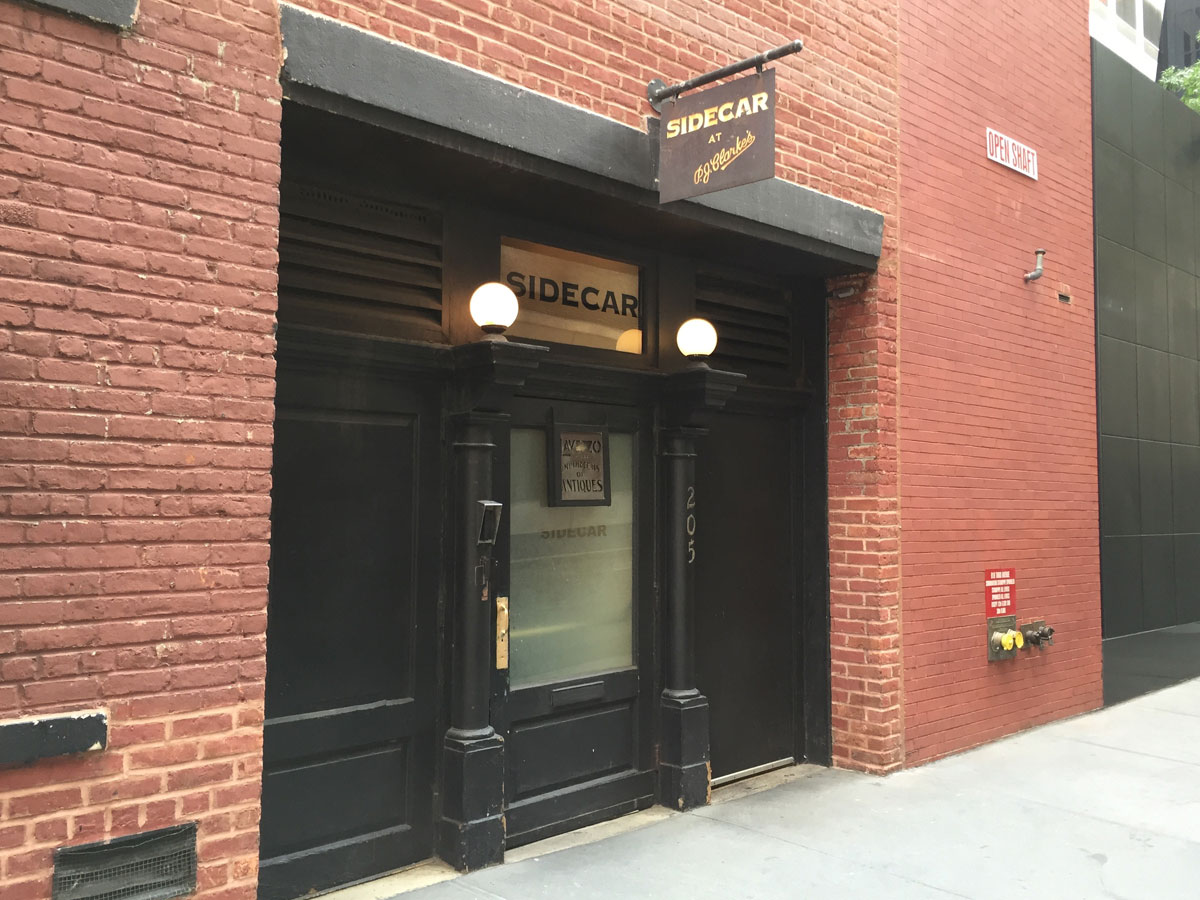 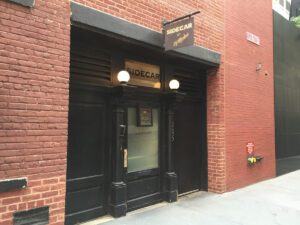 AKA, where white people bring clients in order to look semi-pretentious and give the sense that a $27 burger and an iceberg wedge simulate exclusivity. But, in reality, I’m a white guy, and am completely and utterly impressed by the exact kind of exclusivity a joint like this affords us. Now, seriously, I worked right across the street and my intro lunch included someone I had just met like buzzing and speaking some secret sentence into a speaker and then doing a retina scan and sacrificing a baby and kicking a puppy on the way upstairs. Just so we could sit in a relatively laid back, old school space that I think used to be storage or something above the old P.J. Clarke’s bar below. I’m honestly not even sure who in our group was the member, it’s so secret, but I’d bet on the woman with the diamond brassiere on the outside of her clothes.

For all of that particular member’s flash, the space itself is reminiscent of some Mad Men-era, three-bourbon-lunch joint that should have dudes in suits smoking fat cigars and talking about dames and Mantle in overtly homoerotic terms. My table was all young women (and the woman in the bling-y bra) and myself, so there were no stogies, very little booze, if any, and way too many salads. The leather and wood decor is male to the point of almost being farcical, but I am indeed male, and am totally into being pummeled with manliness while I’m exploring my testosterone threshold with a giant, bloody steak. But with all the dietetic greenery and teetotaling around me, I went low-key and got some fish and chips and a Long Island Iced Tea (cuz I had to keep it classy). Ok, maybe I ordered a Diet Coke or something, but in my mind I had three strong rye Manhattans and a Tomahawk Rib Chop with a beautiful béarnaise and tucked my napkin into my shirt neck to keep the gore and drooling off the front of my flannel.

Overall the experience wasn’t dissimilar from any other fancy-pants business lunch I’ve had in the past, but with much less ambient tunage. And, weirdly, less service. Maybe they’re used to a light touch with the suit dudes who most often lunch here, but with my group of relatively a-type ladies who were used to eating their Sweetgreen salads at their desks, the sluggish (to put it in a nice way) service was less than optimal. Also, you don’t realize how quiet restaurants are when there isn’t background music, televisions or a bunch of folks jammed in and chatting at every table. Add in a group of people like us who don’t each other for shiz and have very little in common, save our newbie status, and it’s like eating American food in an overpriced tomb.

Look, I don’t want to be ungrateful. I totally appreciate that someone used their privilege to get me into a lunch place that only like .000057% of the people in the US can get into, but my socialist ancestors would be horrified by the inequity of it all. Luckily they’re all dead, so I get to enjoy stuff like this guilt free — and on someone else’s expense account.