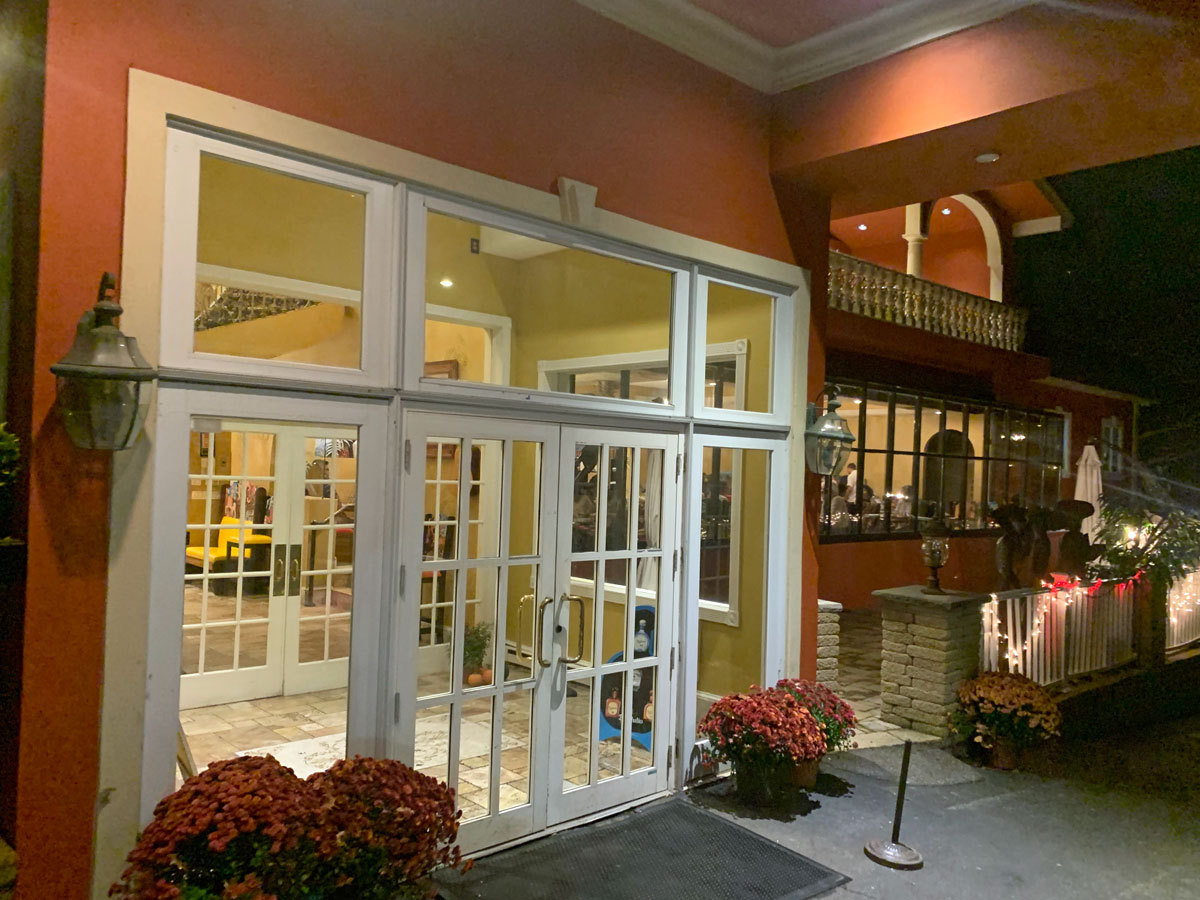 Have you ever been to a wedding factory? That’s a term Ms. Hipster came up with. I think maybe they’re a thing native to only New Jersey and Long Island? You know the places. Large, usually vaguely Mediterranean looking boxes with columns and maybe some Italianate scrollwork or statues out front. Maybe some… cornices? These commercial buildings that would otherwise be a gaudy McMansion, but instead house yelling DJs, rooms full of plated pork products and probably some bathroom lounges where your brother-in-law can blow some lines off a bridesmaid’s chest (or whatever the kids do these days).

That ethnographic lesson out of the way, this does somehow relate to Casa Don Manuel. Because there’s no way this joint wasn’t once a wedding factory. It has all the hallmarks. The rambling spate of rooms, the abundant leveling to break up groups of people. The arches and chandeliers. So many arches and chandeliers. It’s all a little disorienting when you walk into the double-height space, narrow and weird in a way that is probably mean to herd a wedding party into the main space. Or something. This is all to say that the feng shui would break that cosmic current right in half. We came for dinner, and were seated in what felt like a tiled three-season room that was lit bright as the sun, with one wall that bent glass tent that Wendy’s restaurants are so fond of. It’s better than it sounds, but to call it “warm” or “inviting” would be a stretch. There was a big opening behind us that leads to a wide hallway that leads to the restrooms and another large room in the back. The four or so steps up to that hallway are each about six feet high. It seems the kitchen is also back there somewhere, as I watched waiters scale and repel down those stairs over and over again. Just waiting for someone to completely bite it. They did not, luckily. Though we did see someone — after probably after a few cervezas — come real close to taking a header on his way to the toilet. Shit is treacherous. And odd.

But, if you can get past the absolute weirdness of the space, the food is actually pretty good. The chips and salsa are properly addictive and plentiful. In fact, I give high ratings to their chips. An important part of a Mexican meal when you’re going to gorge yourself. My beer was beer. Ms. Hipster’s drink was mid, but I suppose was a proper margarita. I was excited to see that they have mole on the menu. To be clear, that’s molé, not the small, blind underground rat thing. That would be gross. And probably illegal. No, this is the lovely rich, spicy, chocolatey velvety sauce popular in the Puebla and Oaxaca regions of Mexico. And in my mouth. I love me some mole. So whenever I see it on a menu, I’m pretty much down to order it. I’ve rarely had a bad mole, but I’ve had some lackluster stuff. Don Manuel’s enchiladas de mole poblano were a very strong entry in the mole canon. I got a cheese and a chicken, and was pleased with the depth of flavor and the texture of the sauce. Those are the key.

To add, with all the fanciness, the prices aren’t too bad. You’d think, looking at the absolutely gargantuan space, and their overly ostentatious website, that they’d have to up-charge in order to cover their expenses and live up to their image. Granted, they’ve bought their furniture at that same stereotypical Mexican, carved colorful wood warehouse where every single Mexican restaurant ever bought their furniture. I imagine it’s not exactly pricey stuff. The space itself, despite its seemingly unending sprawl, is also showing some wear. So, look, if you’re wanting an intimate evening with a loved one — or a romantic one — this probably isn’t the place to come. But if you want some grub that feels pretty “authentic,” you could certainly do worse in NJ. Not exactly a state known for its excellent Mexican food.