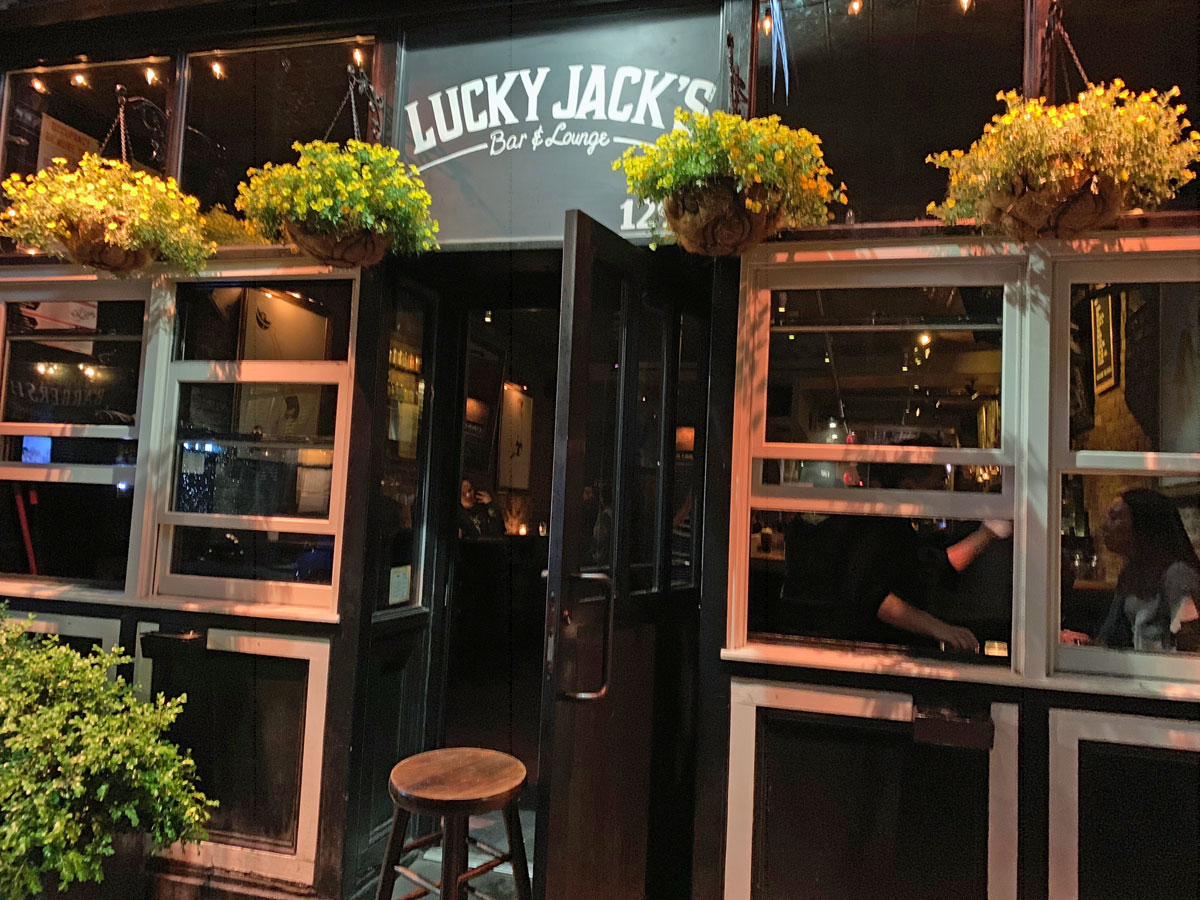 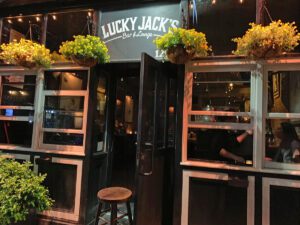 In all honesty, Lucky Jack’s was not in any way our initial or planned last stop. It was a stop of convenience. A bar that looked safe in its complete lack of discernible personality. A joint that would probably have some beers, would definitely have some brown liquor and wasn’t overrun with teenagers, scary-ass bikers or douche-nozzle suit dudes. So, a perfectly faceless bar in which to grab a drink before catching a ride home or walking off that last beer of the night. Or maybe even killing 45 minutes while you wait for that popular restaurant up the street to text you that your table is ready.

I feel bad essentially calling this a waiting room or what amounts to a clean restroom, but that’s kind of what it amounts to. It’s unremarkable the way a brick oven pizza place is usually unremarkable. You know, it smells good, it might have some tasty pizza and a name that evokes what’s going on inside, but it just kind of is what it is. It’s pleasant… It’s neighborhoody and friendly and has a little bit of something for everyone, but can’t possibly be anyone’s idea of a destination. Unless you live in the apartments upstairs or maybe live on the block and are aching to watch a Knicks game while drinking a cocktail with a few other folks.

We did in fact wander in and watched part of an NBA game with a beer and stood and chatted in the not-so-loud surroundings. It was comfortable. When I originally poked my head in the door to make sure we weren’t walking into like Saw III or something, I thought the space was tiny. But what I thought was a mirror turned out to be more bar. It’s certainly not large, but if they ever got more than 20 people in the bar, it looks like there’s some more room to expand into. Though I don’t see Lucky Jack’s ever getting “crowded” per se. But you never know when a large group of tourists slumming it in the Lower East Side might decide that this joint looks the most like the good old mall bar in their suburban, midwestern hometown. And, like I said, it looks pretty clean and had what looked like pretty upstanding citizens inside. Even some ladies in after-work gear!

Anyhow, you’re not going to come here and rage. You’re probably also not going to get hep C from the stools. So if you’re looking to not have a great time and also not catch a communicable disease, Lucky Jack’s is your kind of normal-ass bar.