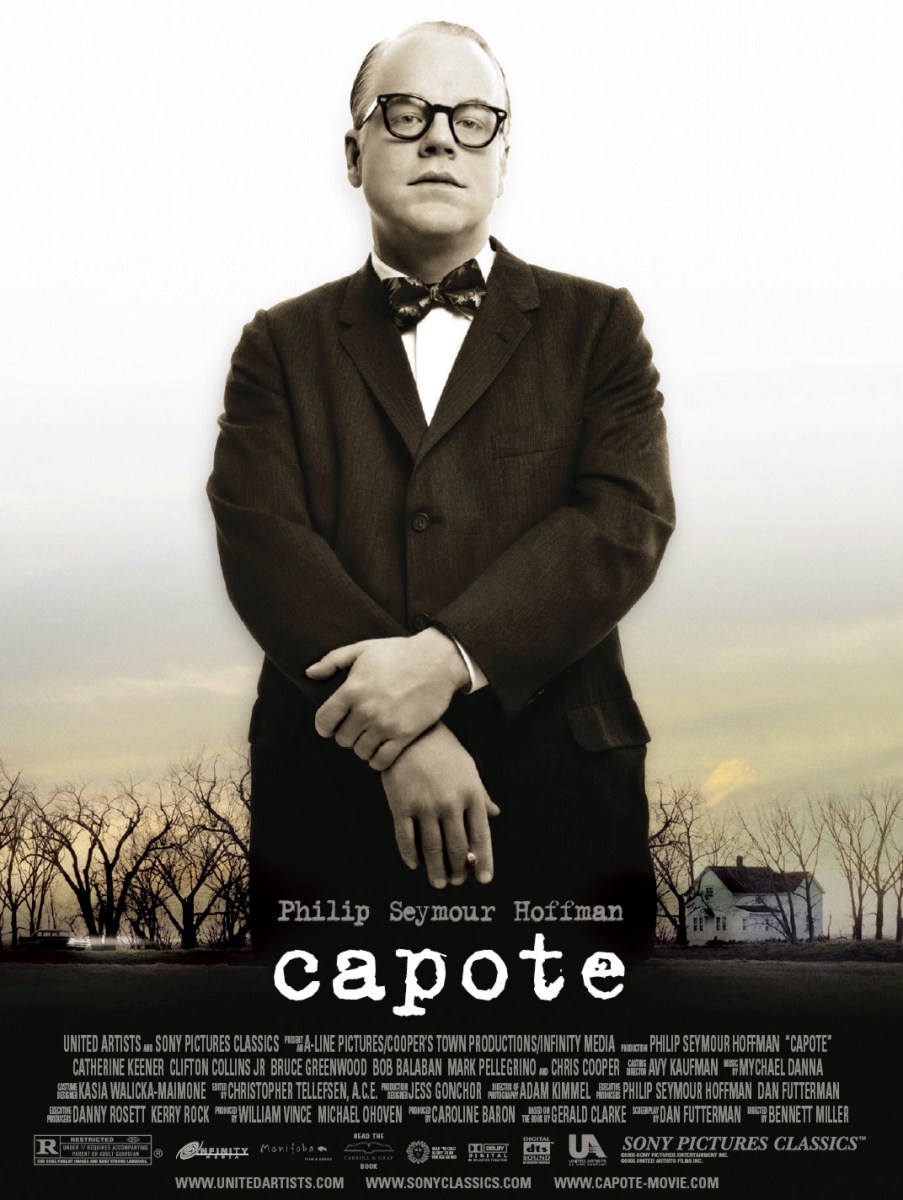 You whiny biatch! But seriously, why do we need yet another biopic? I’m generally a huge hater when it comes to these feel good portrayals of historical or peculiar figures. The trend lately is to not completely sugarcoat the person’s faults, but still create the nice arc that allows our guy to be saved and/or redeemed in the end. And because of this it often comes out more like the Huey Lewis Story instead of the Brilliant Dude who Wrote a Good Book or Invented Something, but on the Side Liked to Molest Children and Pick Up Male Prostitutes for Risky Anonymous Sex. Yeah, those details don’t often come through unless it’s more of a cautionary tale than biopic. Otherwise they slap the ”inspired by a true story” label on it and all bets are off when it comes to the seedy side of the film’s subject.

They certainly don’t pull many punches in this one, though. Capote comes off as a completely self-absorbed, egomaniacal manipulator. The man is totally unlikable, and it makes you wonder why Harper Lee, author of one of the most beautiful and sensitive books of all time, would want to hang out with a jerkoff like him. Listening to Philip Seymour Hoffman affect Capote’s bizarre high-pitched drawl was like being bombarded with the sound of fifty hamsters simultaneously running on fifty squeaky wheels. It makes you kind of despise the guy even more because it sounds like such a put-on. Maybe I wasn’t supposed to have such a visceral reaction to Capote, but he sent my cringe sensors on edge.

I knew very little about his life before the film-despite reading In Cold Blood several years ago-and honestly don’t know that much even now. Why did he act like such a selfish prick? Why does everyone treat him with such deference while he treated them like complete douchebags? Maybe there was just some uncontrollable urge to hang out with a famous homosexual — some sort of early hipster onset that masochists flocked to. I just could have used some context for why he was such a mess of a man. I mean I’m sure growing up in the South with that horrible, effeminate voice was probably traumatic, but is it enough to make him a drunk shithead who wrote one book and disappeared into oblivion?