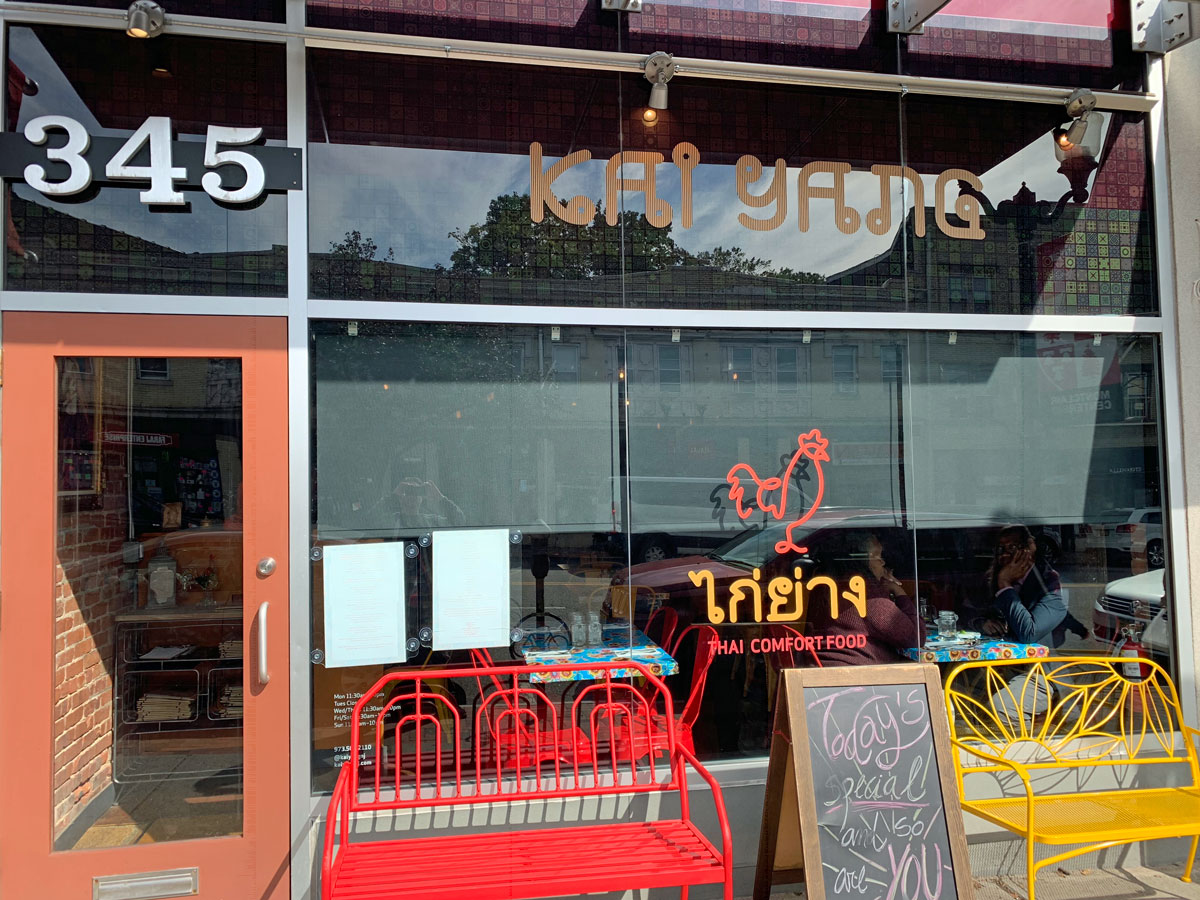 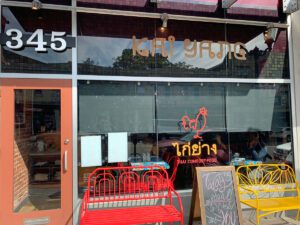 I grew up eating a lot of Thai food. There was this place in Sherman Oaks, CA called Lanna Thai that I ate at constantly as a youngster that used to be a swimming pool company before it was a Thai joint. So there was a weird kidney-shaped hole with water in the middle of the restaurant that I definitely saw at least one adult fall into after one too many Thai iced teas. I moved on to many other Thai places both in LA and NYC. It’s kind of a staple of the Gen X diet. A really fattening staple.

So when this new place opened up and looked not like the other small, drab spaces in and around Montclair, I really wanted to try it out. There was a time when the Montclair food scene was pretty weak and the only restaurant anybody from the area had heard of was Thai Chef. That place had a very sad fall and is now dunzo. So this place, despite it’s semi-precarious location in the middle of a nondescript block on the eastern end of Bloomfield Ave in Montclair’s Business District, is the new Thai place to be. The space is somehow both bright and dark, a shade needed to cover the large front window to block out the blaring sunshine. But the brick walls, colorful metal chairs and flowered table cloths bring in some fun flair. And the walls are adorned with the same tapestries I had in college to soak up my roommate’s weed smoke and the drafty windows in my frat house. The whole place is whimsical and funky and is like a great boho vibe that makes your typical Thai restaurant feel like a rest home.

The food itself is served with some flair. The plates are decorative, the dishes infused with some fun little touches. The thoughts feels expensive, but the prices are reasonable and the portions generous. We went pretty traditional, getting veggie spring rolls, shrimp pad thai and chicken pad se-ew. We were a little brave with the spice level, and were glad for the carafes of water on the table, but the food was flavorful and pretty darn good. Hipster Jr. Jr. did order a chicken dish that was a little flowery-tasting for her, but I thought it was funky and different and ended up eating more of hers that I should have. All in all, it was a really decent Thai meal. My stomach said so.

We will definitely head back here to try out their special rotisserie chicken dish, which is apparently their killer thing. I just looked at photos of it on Yelp and I’m ready to go back right the hell now. Too bad it’s 11:30 PM. Dammit.