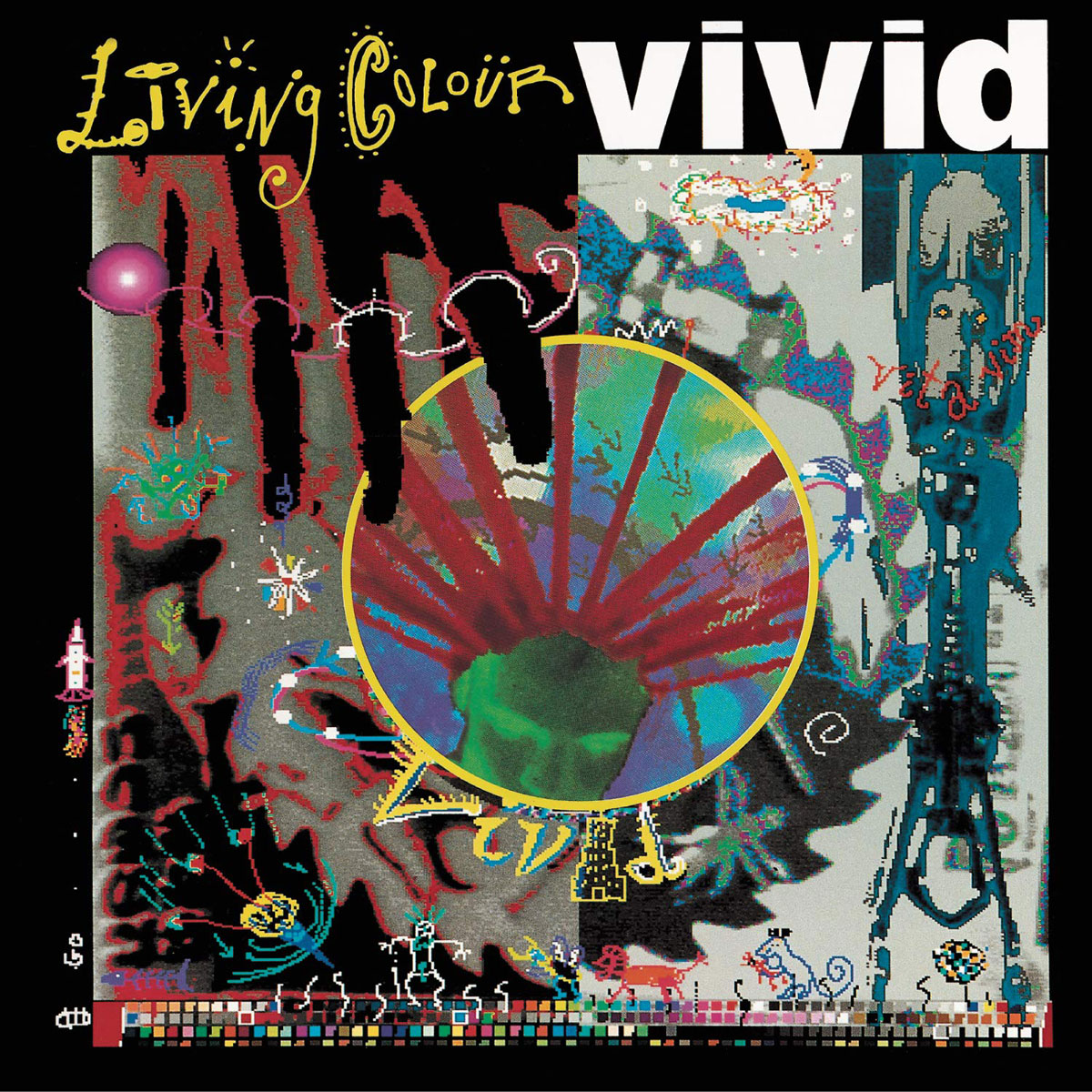 Has a band as out of left field as Living Colour ever led off their debut album with a stronger track than “Cult of Personality?” A black hard rock band leading their career with a Malcom X clip and a hard-rock banger. That’s a swing. Oddly, this wasn’t the lead single in the UK… because English people have terrible taste in music? Maybe the subsequent clips of JFK and FDR were just too Yankee for them? They got “Middle Man” instead. For shame.

I’m trying to think back to this time to remember why Living Colour was such a big band for my friends and me. I think it may have been — right or wrong — that bridge between my funk punk and hip-hop leanings and some of my friends’ more traditional Zeppelin worship. We were LA kids, and bands like the Chili Peppers, Fishbone and Jane’s Addiction were all very much in our lives. Living Colour — despite being from NYC — brought some of that “city” slink and power that felt at home with these bands. Despite mixing their funk more with hard rock than punk.

So it was with amazement that we all looked around at the empty LA Coliseum on that lovely October evening in 1989 as Living Colour took the stage as the opener for the opener on The Rolling Stones’ Steel Wheels Tour. When I tell you we were the only ones cheering, paying attention or even in our seats, I’m barely exaggerating. Granted, the opener was Guns N’ Roses and the headliner was, well, The Stones. So I understand the lack of excitement by the masses, but to us they were huge. And, honestly, I’m not certain why. Their lead singer, Corey Glover, wore Body Glove (get it?) wetsuits in his videos. Their music is filled with some weird samples and includes gnarly guitar solos. It’s almost jammy funk at times. Almost jazzy in others. It’s professional-sounding, but has an oddly artsy edge to it. This, I imagine, is the influence of guitar virtuoso, Vernon Reid. Not to mention the Euro spelling of the “Color,” a nod to his British roots. His eclectic tastes and ability to write and play a multitude of musical genres, from Eddie Van Halen licks to funk to jazz really shines through in Vivid’s variety of sounds. Shit, they feature Public Enemy on one song, “Funny Vibe.” And cover a Talking Heads song, “Memories Can’t Wait,” fer gosh’s sake. It’s a weird album, to be sure, but one that despite its all-over-the-placeness, spoke to us. It was unique.

I’m uncertain what the lasting legacy of this album is. I think some of us thought it might kick off an era of rock that didn’t look like a bunch of white dudes standing around with guitars. And they, along with bands like Fishbone, gave me that oddball need to seek out other like albums and bands. Sadly, that cache was in short supply, despite valiant efforts like early Tom Morello band, Lock Up, and their album Something Bitchin’ This Way Comes. Or my go-to weird obsession, 24-7 Spyz. There were others along the way, but instead of the weirdo authenticity of Living Colour, we eventually got fucking Limp Bizkit. And bro-ness bands like Korn, I guess. So, yes, my rock tastes changed and moved away from the funk metal/punk thing and became much more slackerish. So, yeah, white dudes with guitars. But I still loved my hip-hop as well. It’s just that the rock-leaning amalgam of the two only reared its head again when we got very literal smashing together of those worlds in things like the Judgement Night soundtrack in 1993. Or fucking Crazy Town. And now we’re told rock is dead. Oh well.