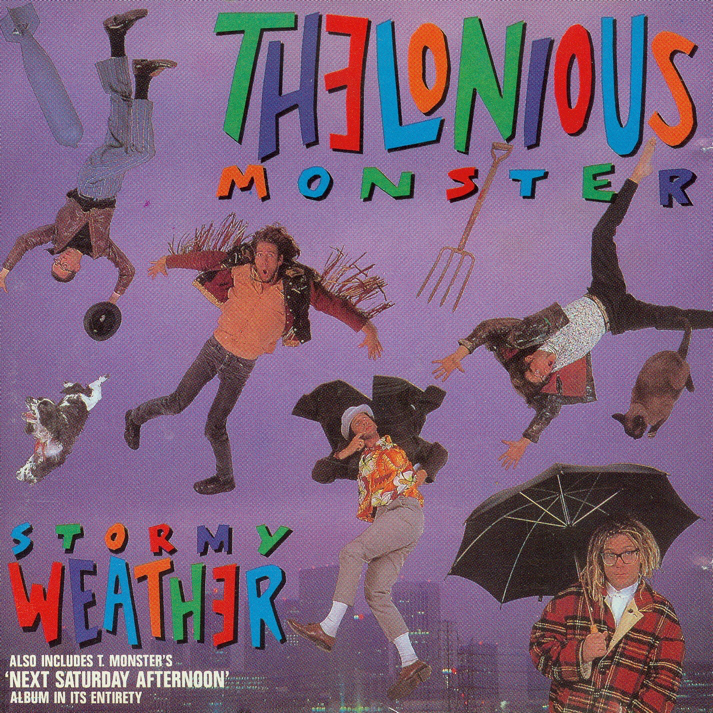 They say all politics is local. Well, in some cases, music is local as well. And for me in high school that meant listening to local bands like Jane’s Addiction, Red Hot Chili Peppers, fIREHOSE, Fishbone, Mary’s Danish and these guys, Thelonious Monster. Everyone starts somewhere, and of course in the case of Jane’s and RHCP, some escape the local environs in which they blossom. Others like Thelonious Monster have rabid followings, but not necessarily the name recognition or fame and fortune of the others. Be that as it may it seemed to me, at least at the time, that the band deserved more national recognition. The irony is that all the pathos Bob Forrest brought to his music through his fucked up upbringing and drug addiction is exactly what destroyed his band, possibly limited their appeal but also brought him to national attention many years after this album came out as one of the countries foremost drug counselors on Celebrity Rehab and Sober House, as well as in the recent documentary Bob and the Monster. This album in particular is filled with amazingly emotional and poignant songs and lyrics based on Bob’s life, all in a kind of varied cow punk style that is part California surfer/skater and part playing the bar with the chicken wire and the flying cans of PBR. It’s a step up both in consistency and seriousness over their first couple of albums (despite the goofy cover) and brings to the surface some of the same issues (racism, sexism, drug addiction, etc.) that their fellow LA bands above cover, but Forrest both through his songwriting and his emotive voice brings it all together in a classic album of late eighties West Coast poetic indie rock.