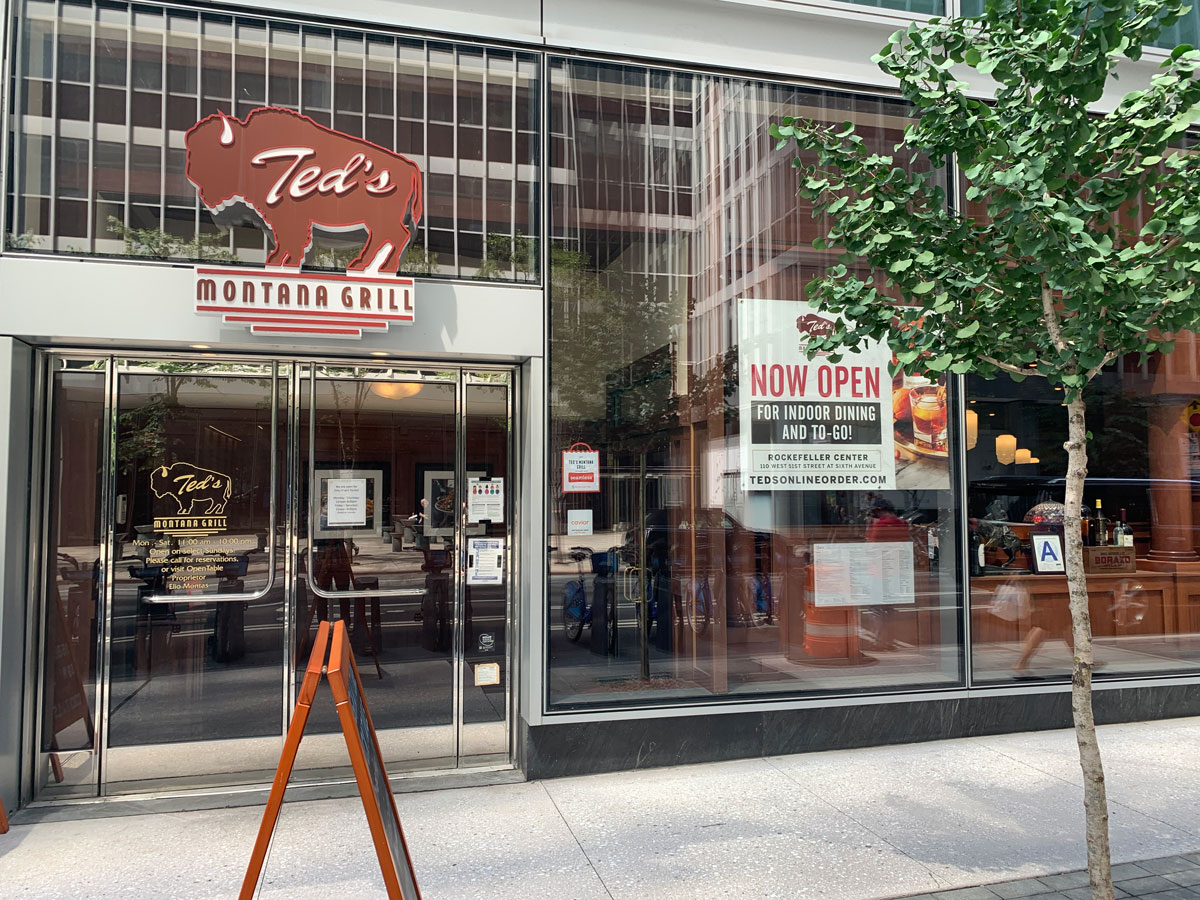 I saw Ted Turner once. I’d say it was around 2001. I worked for Random House, which was on Park Ave. at the time. I was walking back from lunch past the Waldorf, and out walks this really skinny dude in aviators and a face with more creases than a college student’s sheets. It was right around the time Turner and Jane Fonda were getting divorced and Time Warner was being purchased by my future workplace, AOL. The sixty-something Turner had a spring in his step as he sauntered across the avenue. Sweet, sweet America Online money, dude. And back to the bachelor life where he could open a chain of steak restaurants a year later in 2002.

The weird thing is that Turner opened these joints to apparently help stave off the extinction of the American Bison. By serving them on his menus. I’m mostly stupid, but that seems like exactly the opposite of how one would accomplish that goal. I guess you up the demand by hopefully giving people something tasty, but I’m not certain that trying to increase the animal population by slaughtering and butchering is a good business plan. Or a good conservation one, at least. Of course, Ted Turner is a billionaire and I barely have enough in the bank to pay for one year of state college for my kid.

Ted’s Montana Grill in New York happens to be directly across from my office in Midtown. Another convenience when being treated by the boss after work. The boss who hoofs it in from Dallas and stays in a hotel up the street and is keen on doing his drinking and eating within four square blocks of his desk and his bed. I get it. Thing is, apparently he is a fan of Ted’s, while another Exec was not. But that other one didn’t tag along this time, so off to Ted’s we went for a late-ish dinner after several drinks. Get a beer. Get the burger, he said. It’s delicious.

Now I don’t know what passes for great cuisine in Dallas, but this burger — despite the promise of how it read on the menu — was not good. I just went straight-up beef cheeseburger, medium rare. I’ve had bison burgers in the past, and they can be good, but I just wanted something a little more greasy/juicy that evening to help soak up some of my earlier libations. Issue is, the burger had no rare in it. It was somewhere south of medium and hardly worth the $20+ that someone else was paying for it. And, look, this joint claims to be a steakhouse of sorts, but it also plugs the ground beef. So don’t do that shit if you can’t deliver.

There’s also something corporate and tired about this place. It’s a complaint I have about a lot of midtown seemingly corporate-card restaurants. They attempt to outfit it like a Montana cabin or something by sticking a buffalo head on the wall, but mostly it’s just generic midtown suit-ish restaurant. Nothing offensive, per se, what with the wood and tile and brass, but when this establishment folds (which it inevitably will), they could stick in another beef-based business and nobody would be the wiser. I can’t say the weak beer list, the little American flags in stuff and the ketchup on the table helps much. It feels… pedestrian. And maybe built more for tourists than anything else. Granted, I’m not certain why a tourist would go to a Montana-themed eatery in NYC. The whole thing just feels cynical.