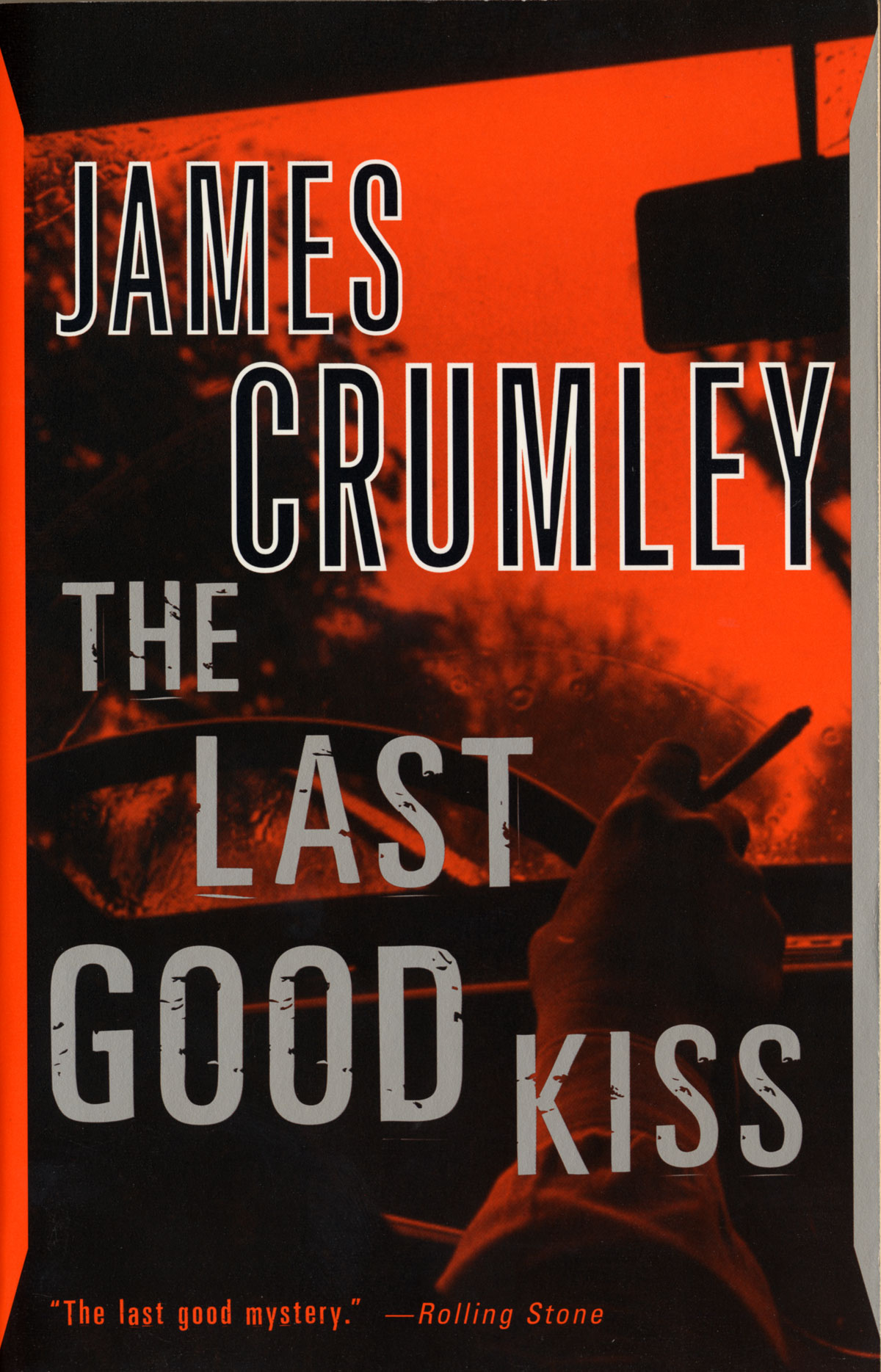 I really never gave genre fiction a fair shake. I’ve read it on and off over the years, but it wasn’t until the last few years that I figured out that I can’t go on reading post-modern namby-pamby novels forever. Plus, that stuff just doesn’t give me the jab it once did. So I’ve decided to embrace genre fiction once every few reads or so just to make sure I’m keepin’ it real. Or whatever. Now, this book, a cult classic from 1978, keeps it way more real than some others, but it’s these down-and-dirty private dick novels that just get the bookworm testosterone flowing. The Last Good Kiss is one of those novels that makes the latent writer in you (provided you’re male and have a proclivity for characters that drink hard, live hard and enact pretty egregious violence upon others and themselves) want to get out the old Remington and start typing away on your debut hard-boiled novel.

The plot itself is relatively simple, though I have an inordinate amount of trouble keeping names and relations straight. I think I read when I’m tired way too often, so I space on how people are connected and what their names are. Though this is totally my problem and unrelated to this particular book. Granted, our protagonist in this novel does, in fact, have a hard-to-remember name: C.W. Sughrue. As does the famous author he’s paid to track down: Abraham Trahearne. The thing is, the novel sets up the narrative as two men, Sughrue and Trahearne, in an epic battle of smarts and drinking; one trying to run, the other trying to track down. But that whole thing ends in a beat-down bar with an alcoholic bulldog almost right away. This is Crumley’s first red herring. Or, really, his first indication that this isn’t going to be the straight-ahead detective novel we thought it was going to be. Instead, this job turns into another job: track down the missing daughter of the bar owner in which he finds Trahearne.

Sure, it sounds like a feint by our author, but now we have this hardened, hard-drinking Vietnam vet from the great West paired with an equally hard-drinking WWII man of literature on a road adventure to find a girl they both know has already disappeared into the drug and sex haze of late 70s San Francisco. And, more than likely, is already dead. This is where is turns into something that is one part On the Road, one part Zen and the Art of Motorcycle Maintenance and another part pure Western, alcoholic fever dream akin to Under the Volcano. But all of it grounded in the dusty Western swagger of a “Folsom Prison Blues.” Along the way there is plenty of drinking and carousing. There is also a good dose of violence, perpetrated by and upon Sughrue. The testosterone is flowing, to be sure. But underneath it all is the heart of an author who strives for more than men punching and dehumanizing each other (and the woman they love and/or just happen to run across). His clever and insightful writing alone tells you there’s more to it than that. It’s almost a study on violence and depravity and what its effect is on the men we send off to war and what they bring back with them. War dehumanizes them so that they feel disconnected at times from the humans in their lives. And it compounds over time and becomes a self-fulfilling prophecy. Again, I don’t have a deep well of knowledge on this genre, but it seems to me this is a great place to start. Though Crumley’s prose and the memorable characters he crafts may spoil you for anything to come.