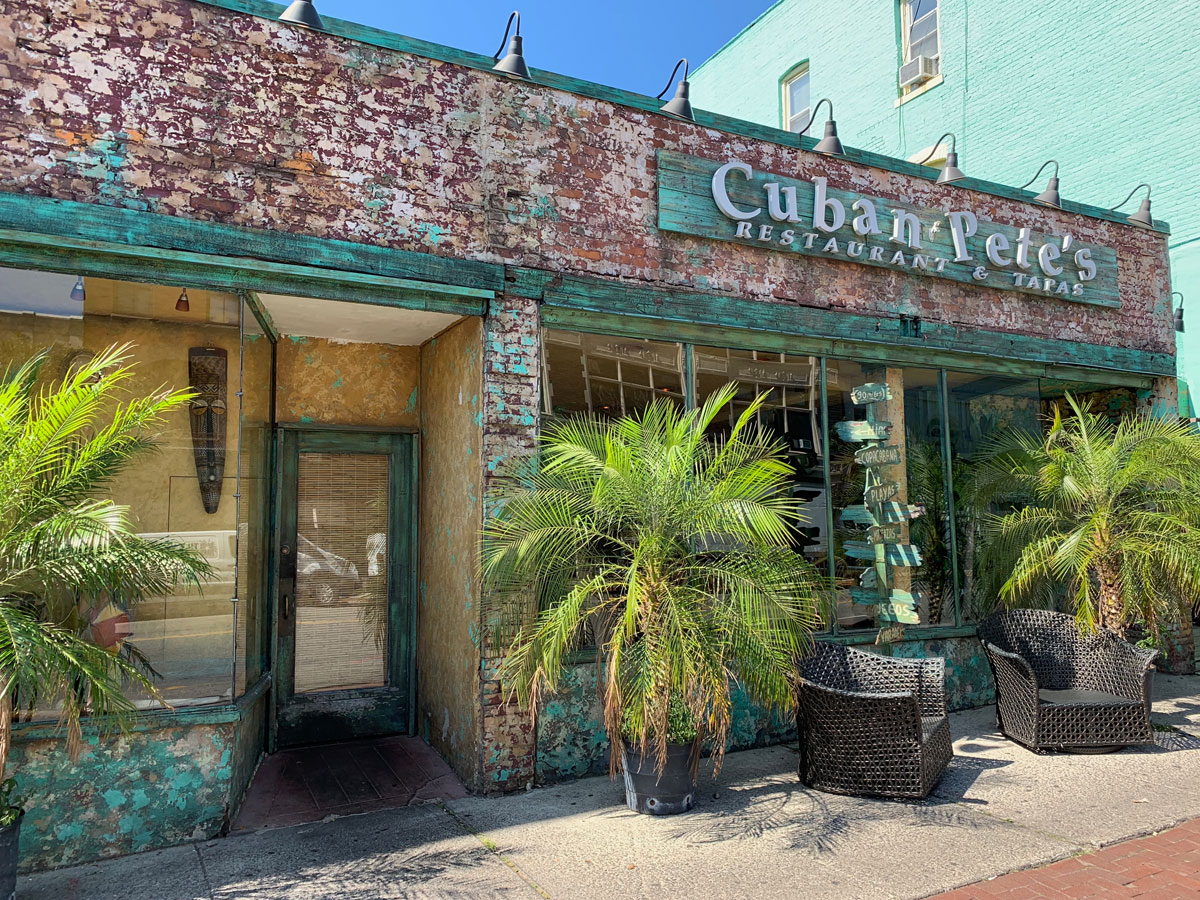 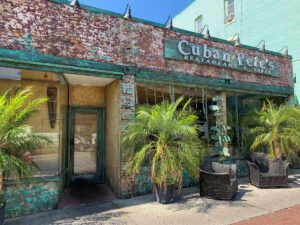 Look, man, I don’t know if this joint is racist. I mean, I don’t know if the owner, Cuban Pete, is racist. There was certainly some online chatter to that effect. What I do know is that the one time we went there years ago, there were about 1,000 people waiting for tables. But Ms. Hipster and our lovely blonde lady friend went ahead as I walked over with the blonde lady’s husband from his parking space. And they got ushered right in, past many black and brown people who had just as much of a right to a table as we did. Not quite what they mean by white privilege in the larger sense, but yeah it seemed weird at the time, and now makes a bunch of sense.

Also, I’m not certain Pete is actually Cuban. In fact he used to own a Mexican restaurant, Mexicali Rose, up the street and he’s not Mexican either. Also, his name is Dominick. So I suppose he named the restaurant after the song “Cuban Pete,” popularized by non-Cuban loser, Stanley Ipkiss, from the movie The Mask. Who was played by Canadian, Jim Carrey. So there’s that.

So once we got to skip the giant line because someone was not at all racist, we sat at some bizarro bungalow room in the sprawling interior space of the restaurant. It’s kind of like a hacienda that has rooms in the inner court. But not really. Anyhow, the joint is a BYOB, and despite the fact the restaurant has been busted several times over the years for serving alcohol without a license (despite the aforementioned Dominick’s claim that the sangria was alcohol free), we did go ahead and bring a bucketload of booze. And you’ll need it to coat your throat as you scream over the din of the other diners also drinking and yelling. It’s like a mutually assured destruction brought on by wine and overcrowding.

I have to admit that reading the menu, you too will get excited for the food. After all, Cuban food is fucking delicious. It’s like all your favorite stuff all crammed together with flavor. But that’s kind of where things stop. Because not only will you get really drunk waiting for your grub, you might also get something from the kitchen that’s been sitting there a while, accidentally sent to the wrong table before it made its way to you, or is just overcooked. And, honestly, if they didn’t jam pack the restaurant, it might be much better. Because you can tell — or at least I could that night — that the idea was there, but the execution wasn’t. Which to me means that the cooks were rushed, or the kitchen was hectic as they made food en masse and couldn’t take the time to properly time things.

The ropa vieja I ordered was, in fact, a little too close to the texture of rope to make it a satisfactory meal. The flavor was fine, but the stuff was pretty toasted. I’d waiting long enough that it wasn’t worth doing much about it. The plantains were fine, but a bit mushy. The rice and beans were rice and beans. Nothing special. And, look, I know people come here more for the party than they do the cuisine, but the prices are generally pretty decent and the space does give you a little feel of the island on a miserable stretch of an urban suburban boulevard. So they have all the elements, but I think it’s just too tough to put it all together if you’re constantly chasing the horde.