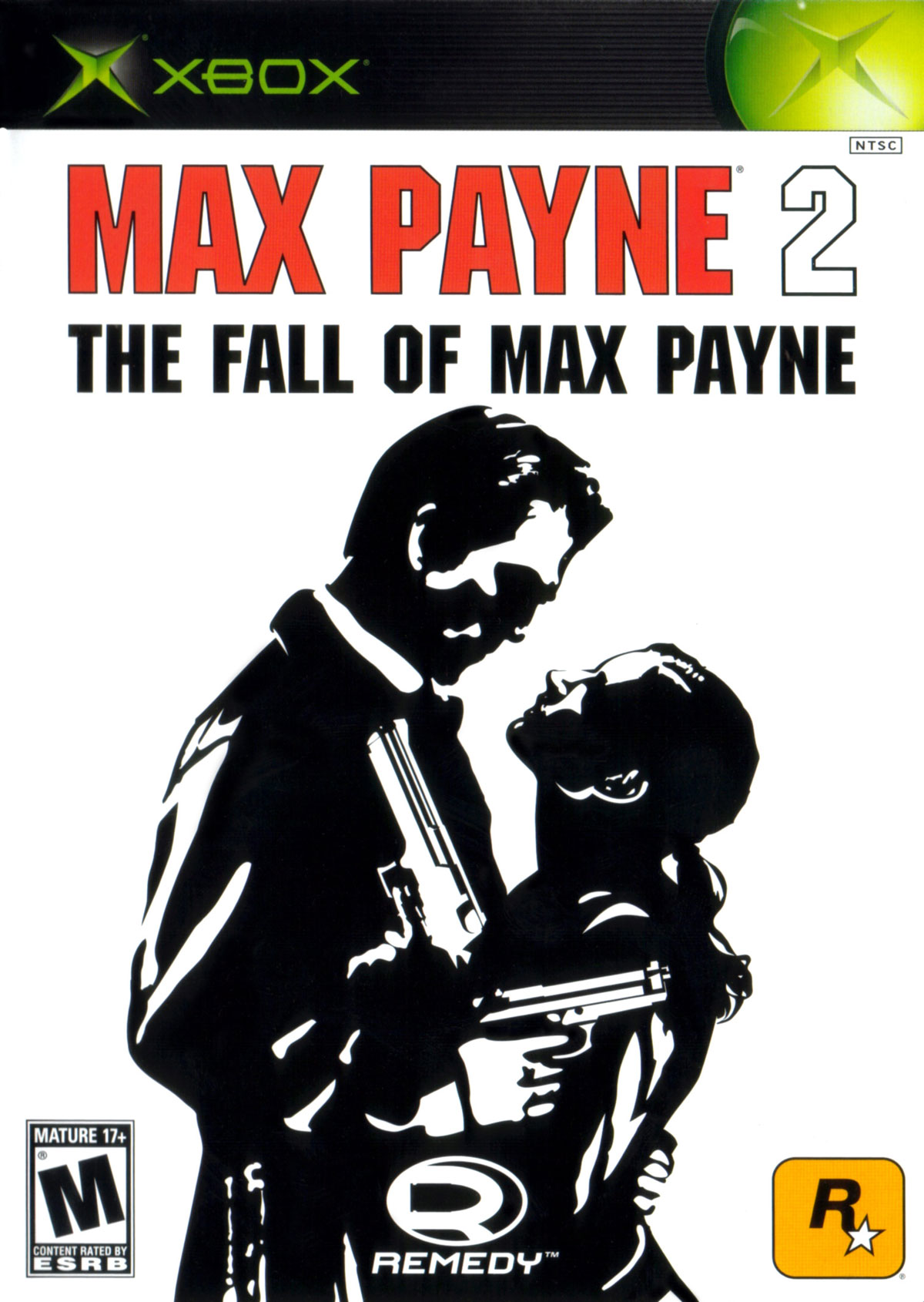 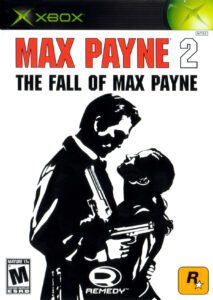 The makers of this third person shooter, Rockstar Games, usually has us killing hookers and running over babymammas in our Cadillacs. But this, the follow up to the hugely successful original Max Payne, has a heart and what they call a “film noir love story.” Very similar to the original in both gameplay and storyline, Max Payne 2: The Fall of Max Payne is so f’ing creepy and depressing that you may have trouble getting it out of your head.

Now I took several classes on film noir in college (yes, I watched movies for my major), but none of the films we watched could match this game for all around darkness. Of course none of those movies had the body count this game does, but with its eerily empty mansions, abandoned hospitals and bizarre dream sequences, this is more like a mixture of noir, horror, late-night B-movie and gothic love story. The freakiest thing is the abandoned amusement park that one of the main characters lives in, which was based on a failed television show about a cop that goes into an insane asylum (or something). You are forced to make several trips to this place: once just navigating it to find your love interest, Mona Sax, once when guys are there shooting at you, and another when it’s on fire and burning down (and guys are shooting at you). All the while, cardboard cutouts of insane people and giant needles and stuff come flying out at you. It’s extremely bizarre.

The action is intercut with almost comic book-like storyboards, with Max doing voiceover to the text. It always seems to be raining, and he always seems to be bleeding from one orifice or another. The first Max Payne game had him losing his wife and child, and in this one he fights for the love of Mona Sax, who may or may not be on his side in all this. Needless to say, things don’t end well. There are actually times in the game when you get to play as Mona. 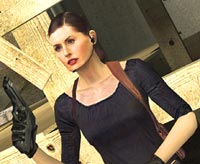 There are also times in this thing where you are running around for no apparent reason. They’re supposed to be dream sequences, but it just comes off as filler. And this game needs it, as it is, like the first one, very short. Maybe they think the bullet-time feature–which causes action around you to slow down like in the Matrix–somehow adds time to the game. I’m no really sure. I do know that the third-person perspective that they use is somewhat awkward and difficult at times to manage. It’s kind of an over-the-shoulder look that causes problems when crouched, as your own shoulder blocks your view. It’s very odd and somewhat of a hindrance when trying to hide behind a crate to avoid gunfire or look at stuff close to you. I certainly prefer the first-person thing, but this at least gives you something different and allows for some cool spinning and rolling special effects.

I know as an adult I shouldn’t be sitting around playing Xbox games, but boys need their entertainment. I suppose it’s a lot cheaper than a trip to Scores or tickets for two to a Yankee game–and infinitely less enjoyable.

“Stop, or my mom will shoot… herself because her grown son plays kids’ games!”