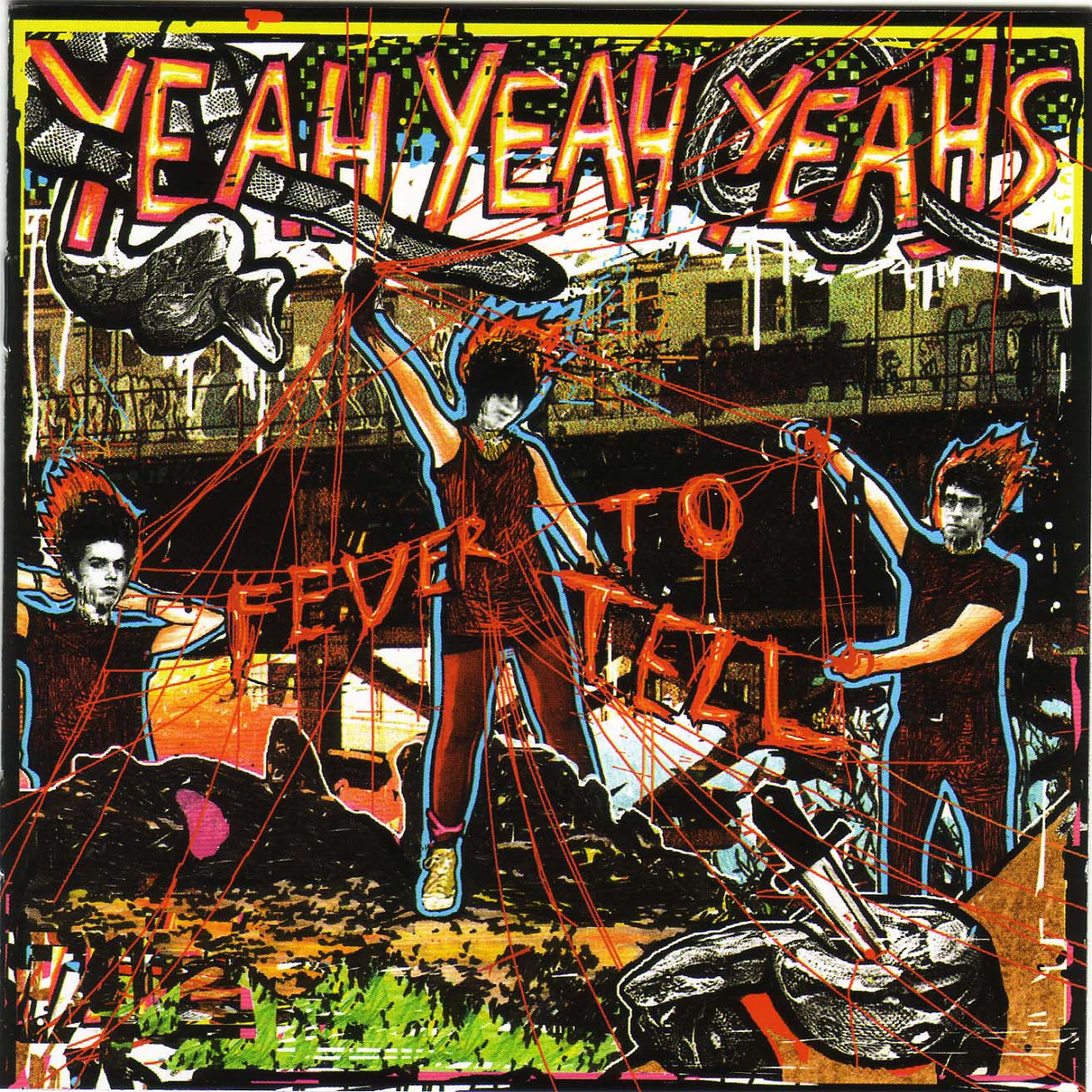 Didn’t your mother ever tell you it’s not nice to sneer? I mean Miss Polly Jean Harvey wouldn’t even yelp like this, even if it was her mind to do so. Karen O sounds like an insane art school banshee at times, her off-kilter voice barely under her control. She hee-hees and hoo-hoos a lot and kind of squeals and groans all in a riot-grrrrrl-strained-through-the-cute-chick-fronting-a-garage-band filter. Though her throaty singing, along with the music, is aggressive and front and center, they can’t help but sound more hipster than churlish fuck you gutter punks that I’m sure somewhere they wish they had in them. Part of that sound is playing fast and loose with the idea that bands need to say something in order to be taken seriously. The majority of their lyrics are nonsensical words that sound good in the context of the song (listen to ‘Pin’ as a good example of total nonsense), but fail to leave one with much more than an impression that Karen O is selling something besides her band’s output. That said, there are some extremely compelling and amazing songs on this album, including “Black Tongue,” and their most famous song to date, “Maps,” among others. This is a pretty great album all in all, with its bluster and ballsy chick rock, but it’s clear after recording this album that the next one will have to zag into more controlled territory lest they become a one-trick pony.