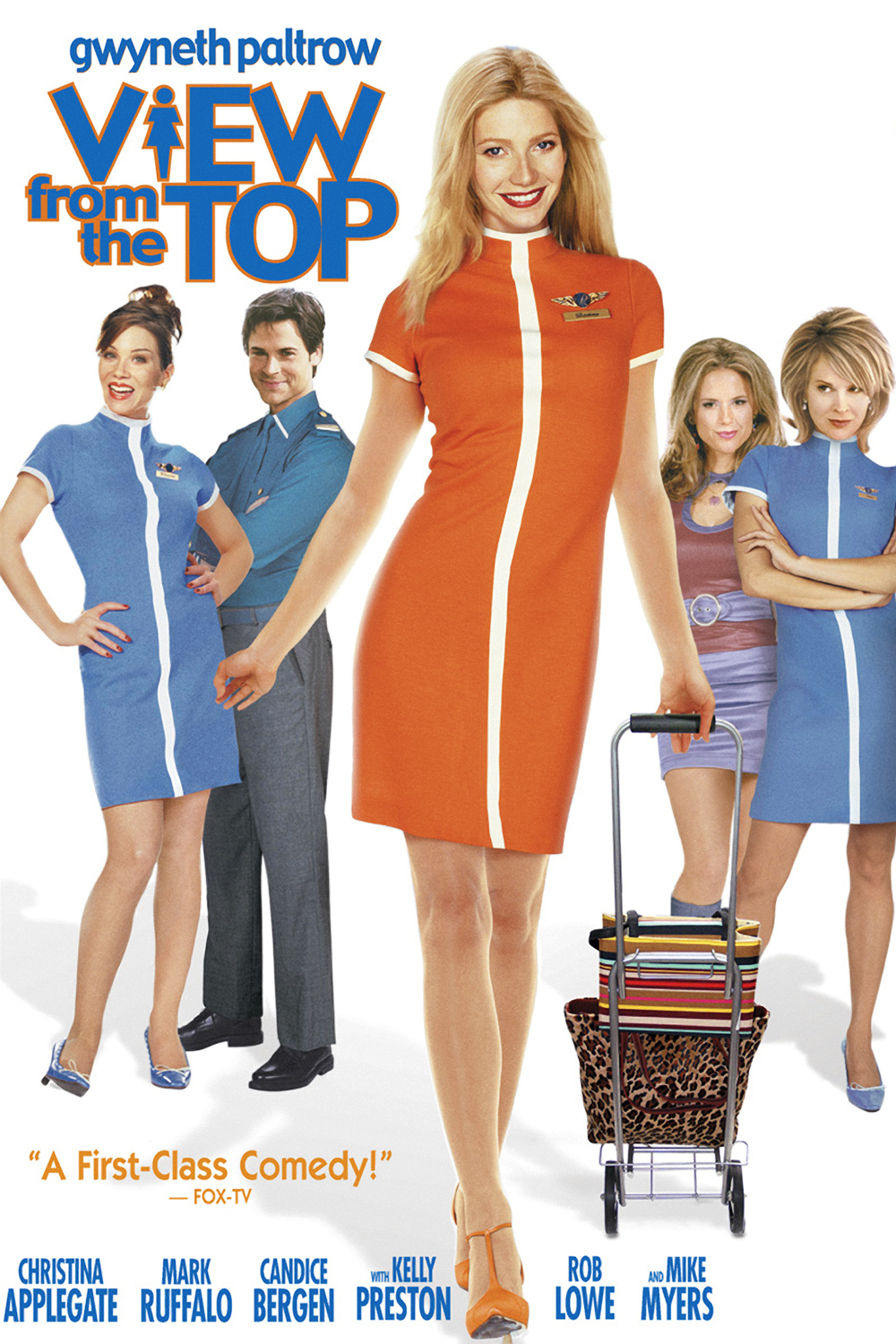 View From the Top

How does this crap get made? Better yet, why do people agree to star in them? Paltrow won a damn Oscar. Ruffalo has a burgeoning career. Myers is… well, Myers is another story. In any case, this movie is complete waste of time for everyone involved. There’s some weak-ass story about a hot trailer-trash chick (Paltrow) who somehow doesn’t know she’s hot. For some reason that goes unexplained while she decides her dream is to be a flight attendant. Um, okay. She joins some lame local airline where the help has to dress in tight outfits and serve a bunch of gamblers and drunks.

Man, this shit isn’t even worth the typing time. Everything about this movie stinks. The story is lame. The jokes are lame. The dialogue is lame. It’s all a horrific disaster. It’s almost as if someone took a computer program akin to Mad Libs and plugged in a bunch of stuff that spit out a script at the end of the day. My only thought is that the producer had naked pictures of everyone on the crew. Yes, blackmail can be the only explanation. Exactly what you expect to happen happens. Myers is so annoying with his wonky eye and snotty delivery that you just want him to get sucked into a jet engine. I can’t imagine the airlines editing helped the film at all, but it really couldn’t have hurt. Pure ass.