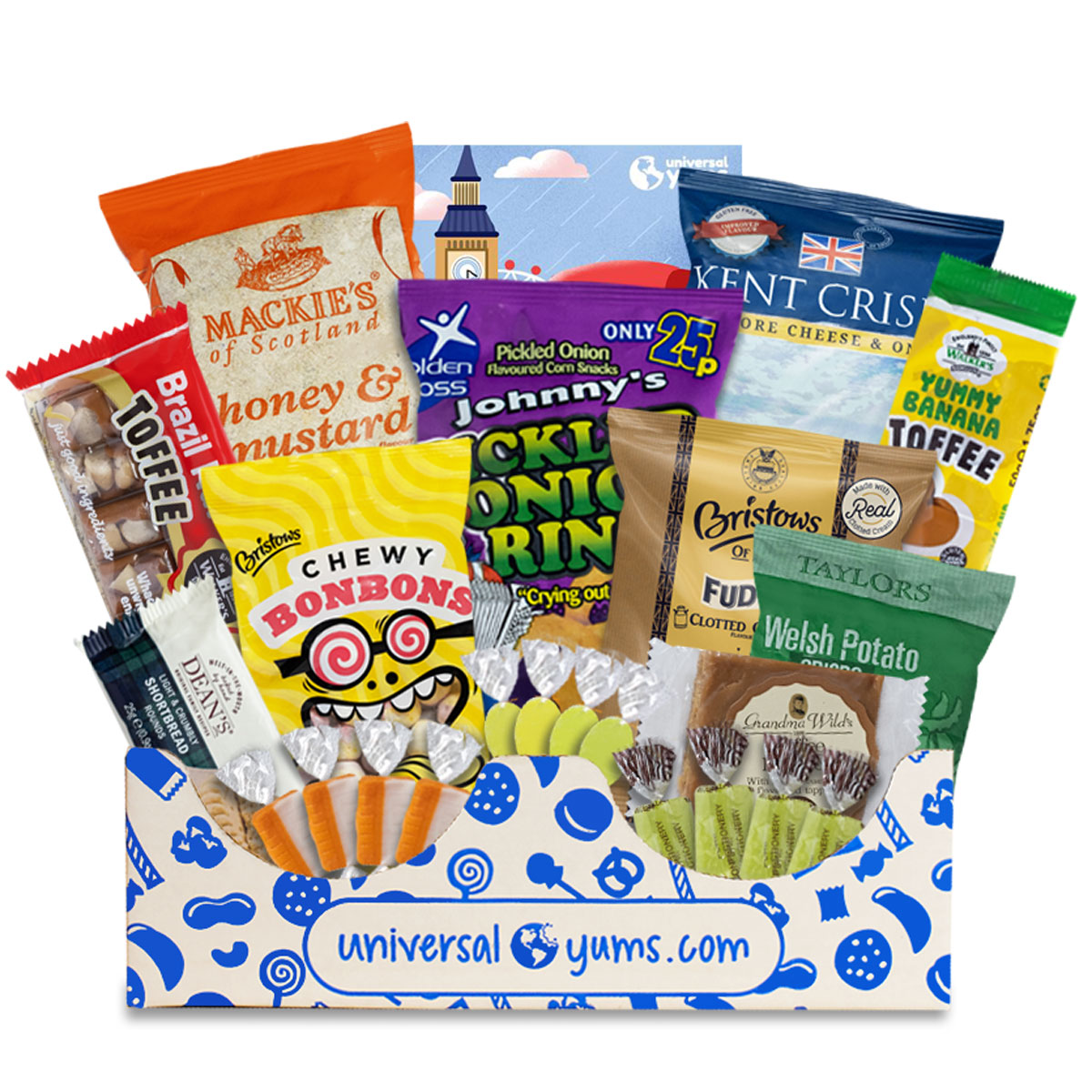 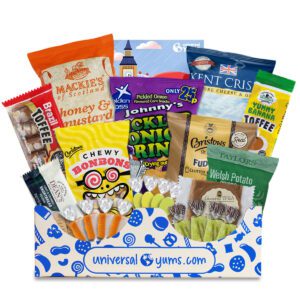 Those weirdos from the global community eat weird shit. That’s my take and I’m totally sticking with it. So, along comes Universal Yums, which sends you a box of oddball snacks from a singular country each month. The question I have is if Universal Yums is trying to prove my theory that foreigners eat gross snacks, or are the fine people of UY trying to broaden our minds and expose us to new and exciting taste experiences? Based on the fact they give you a card with each box where you rate each snack, I think maybe their intention is both.

First, I want to say that I think this subscription box is a really fun idea. Ms. Hipster subscribed for me for Xmas, and the family has enjoyed the couple of boxes we’ve received so far. Isolated in a house in Upstate NY over the holidays, we doled out the international holiday box that came in December and played their little game of rating each item. There are things that you know will most likely be fine, like the sea salt caramel fudge. And then others, like the salted egg yolk popcorn, that led to straight out refusal from at least one child, or a quick expulsion from the other participants. I thought it was intriguing, if not a little stomach-turning. But generally, even the picky one, would taste just about everything. Some things, like the Czech garlic potato chips, were not everyone’s favorite, so I got them mostly to myself. And they’re really tasty.

The second box was back to the usual one-country approach. This time it was The Netherlands. Or Holland for you contrarians. Anyhow, the Dutch apparently love black licorice. You know who isn’t into black licorice, though? This guy. And, well, like most Americans. They also seem to like gummies. And, in one case, half fruit, half licorice gummies. Which were pretty gross. And there were a couple different cheese crackers (one with embedded cranberries) and some really creamy hazelnut chocolate. And some lightly spiced tea cookies that were just the right amount of crunchy and would have been awesome with my morning coffee hadn’t Hipster Jr. scarfed almost the entire box. Less popular was the bag of weirdly textured black licorice shaped like Amsterdam canal houses. I think we all tried one and the rest went in the trash. They had a one Euro price tag on them, so we didn’t feel so bad about that.

All in all, the whole experience is like a way better version of Beanboozled. I mean, you hope nothing tastes like vomit or booger, but sometimes looks can fool you. Or, in the case of the pandoro cake with chocolate cream in the holiday box, it can either sound good to you (in this case, me) and sound absolutely horrendous and horrible to all your other samplers. I imagine it varies pretty widely from country to country. France, for instance, is probably filled with relatively familiar, palatable things for Americans’ tastes. Whereas maybe some Asian countries have more out-there flavors that we’re not quite on board with. Like perhaps some dried sea life candy. Or the Middle East and whatever spices might crop up in things where you wouldn’t expect them to exist.

But that’s the fun, right? And, no, I don’t know how readily available some of this stuff is at your local Cost Plus World Market, but even if I’m overpaying for the same stuff I can get there, it is nice to get it all compiled and written up for us. And those write-ups are just the dumbest things you’ve ever read. But dumb in the best, dad-joke kind of way. Lots of puns and silliness just perfect for eye-rolling fun before shoving some chocolate thing in your mouth that turns out to have a layer of weird fruit in it for no reason. There is so little that’s surprising or different these days, so getting a monthly box of salty, sweet and whatever weird flavor profile those mocktail bon bons were is pretty exciting stuff.