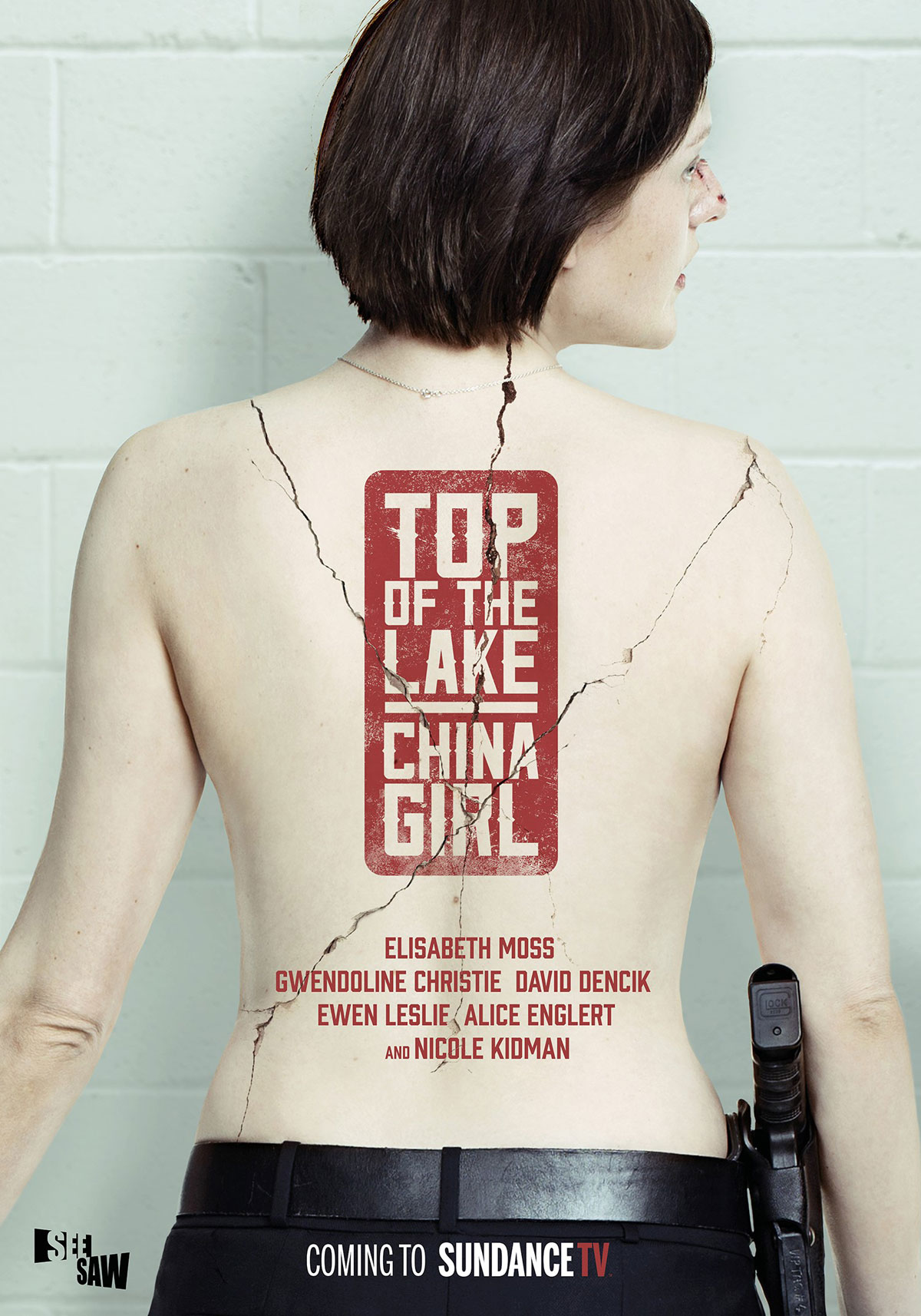 Top of the Lake: China Girl

I watched the original Top of the Lake when it came out back in 2013. The title made sense, as the town in the show was called Laketop and there was, well, a lake at the center of it. This — a sequel of sorts — involves not a single lake, but does, I guess, involve someone that once lived in a town that had one? I suppose they had to keep the title going to let you know the two shows are related, but after sitting through the six episodes of China Girl, I’m sure there are some that wish they weren’t.

Series One was moody and strange and bleak. The story was insular, creepy and affecting. This, Series Two, was muddy, disjointed and, at times, pretty stupid. The same writers — including the beloved Jane Campion — worked on both shows, so it’s a bit of a mystery why one crushed it while the other just came off as melodramatic and shrug-worthy. Elisabeth Moss is the star of both, and she’s excellent in both cases. They added Gwendoline Christie from Game of Thrones and goddamn Nicole Kidman, who are both awesome working within the roles they are afforded. The problem is, their roles are at times confusing and at other times laughable. The plot just twists them into knots and puts this oddball cap over the top of everything that involves surrogacy, adoption, mother and fatherhood and a bunch of other shit that is not really connected.

But, of course, Moss is a cop. And, as a cop, she has to solve a mystery. In this case, it’s a dead prostitute. A dead Asian prostitute. First, we have to get used to the fact that prostitution is apparently legal in Australia, where our characters live. So that, in and of itself, is weird. Weirder yet, they have websites where you can see the girls at a particular brothel. And we have to suffer through what seems like hours of these nerdy college bros bantering at a cafe table on a weekly basis, with their laptops open to the websites, about which girls they’ve slept with and them constantly using the term “reverse cowboy.” Those scenes with them are almost unbearably bad, but Campion is clearly trying to make some point — but it’s obscured by the fact us Americans have no frame of reference for this legalized sex industry. As expected, however, many of these prostitutes are young, poor Asian women who essentially sell themselves into indentured servitude, paying off their freight by turning tricks. And then one of them ends up dead.

The thing is, the death of the girl is really a red herring. Or is it a red herring? Or is it the point of the show and the search for her killer just the red herring? Is the whole point that nobody cares about just another dead foreign hooker? I think that last point is the point — so to speak. But then we layer on top of that a bunch of psycho-sexual stuff, Moss’ character’s search for and attempt at reconciliation with the rape-produced daughter she adopted out to Kidman and her husband, infidelity, infertility, misogyny, mental illness and various other themes. And it’s too much. They all get kind of thrown in the kettle and stirred up and we’re left with nothing to hold onto.

And then there’s the goofy shit. The ridiculousness (but kind of awesomeness) of the Puss character, who is played by an actor I’ve never seen before named David Dencik and is the way-older boyfriend of Moss’ daughter. He also happens to own and live in the building where the brothel is where the dead girl emanated from. The actor himself is amazing. The guy plays an insane German dude with long hair who is essentially a nihilistic anarchist with dubious professorial credentials. He manipulates the daughter — even getting her to prostitute herself — and at one point bites Moss on the nose (which you can see in the poster image). He has all sorts of wacky scenes where he basically goes off on people, is unstable and acts as our main suspect for the murder — because he is prone to “fits of violence,” you guys! It’s pretty clear that the person they point to over and over again as the murderer isn’t the murderer. Clumsy, but, like I said, the main point isn’t the who-dunnit. Other goofy shit includes an affair between Gwendoline Christie and the police chief that makes absolutely no sense. I won’t spoil it, but the nonsense between them is completely unclear and why they do what they do together is an attempt to shoehorn then into the main plotline where they don’t belong. There’s also a guy who is hiding from the cops on a giant public beach (Bondi Beach, to be exact) who decides to bury himself in the sand and put a stupid beer box over his head. So he can just pop out of the sand with a gun to shoot the cops. Or something. I have no clue why they’d write it that way, other than someone fell in love with the idea of a guy popping out of the sand with a gun. So dumb. To add, there’s a scene where the guy from Series One who Moss shot, and is now mostly paralyzed, almost chokes her to death from his wheelchair in a burning room in the courthouse. That one was so absurd that it made me laugh out loud and I started to wonder if the whole thing was going to turn out to be a dream.

I really had high hopes for this one after the first series. After all, the cast additions are great. But it turns out that even the best actors (and they’re all terrific) can’t save a muddled plot and a series of events that can’t make us want to engage with the characters. While there are some relatable elements, it fails on the whole to both connect the pieces and connect with a general audience. Granted, maybe there’s a small group of high-minded Sydneysiders who will get it and appreciate the goofy stuff, but it’s certainly something I didn’t need to invest my time in, thanks.