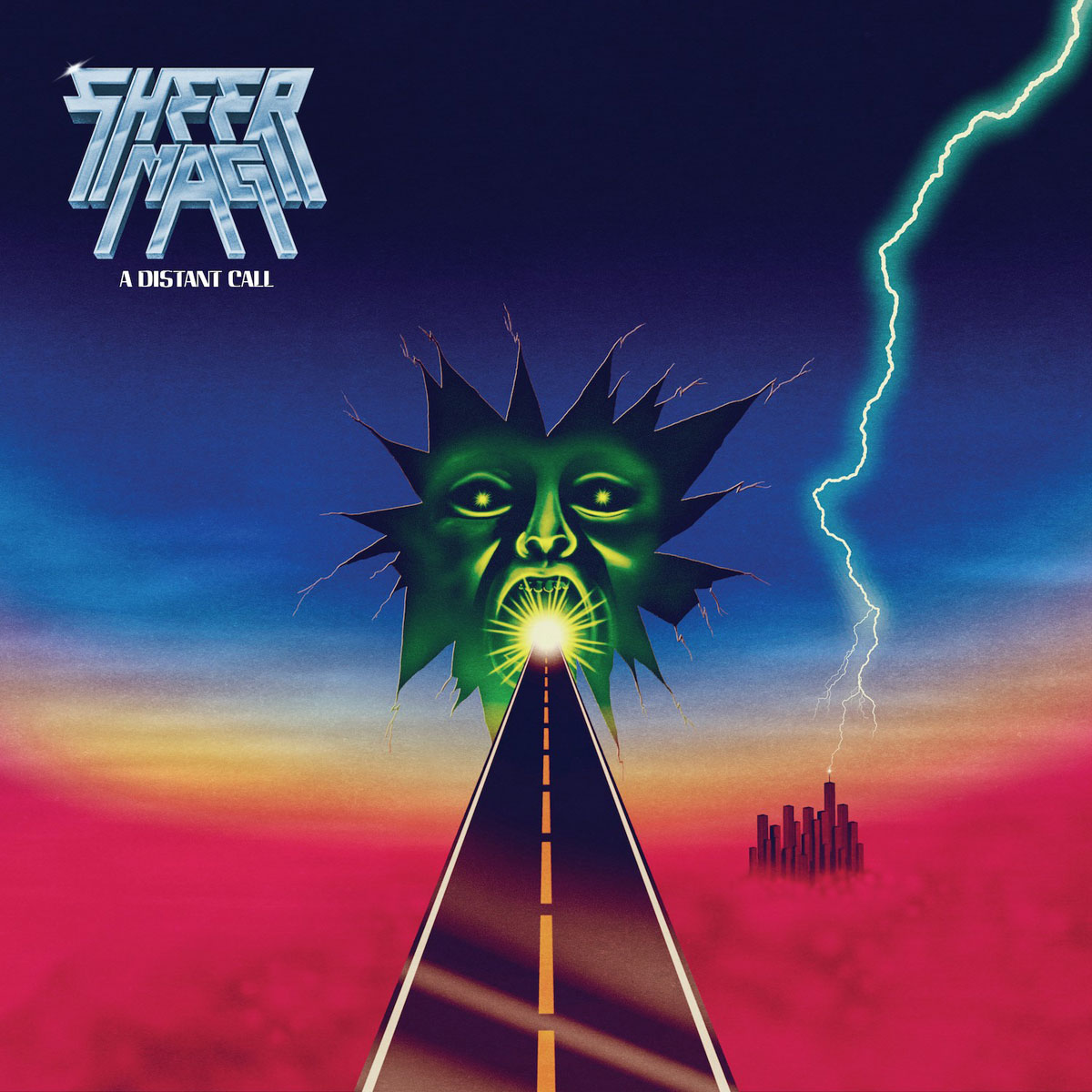 That is some old school album cover art. I can’t decide if it’s bad or good, but I like what it’s putting out there. It feels like a real cover from the 70s hard rock or prog rock arena. It’s really fucking weird. Luckily, weird in rock ‘n’ roll isn’t a bad thing. Now, does Sheer Mag’s music actually sound weird on A Distant Call? Or does it sound like KISS or somesuch thing? I wouldn’t know because I’ve never heard more than like two KISS songs, but I can certainly imagine what they sound like. Or maybe that Skinny Puppy band? Again, no idea. I just kind of wanted to type “Skinny Puppy” because it’s so strange and stupid. Oh shit, I meant Thin Lizzy. Who cares, they’re both dumb.

Right out of the gate, Sheer Mag kind of gives away the game. On track one, “Steel Sharpened Steel,” they sound like they’re trying a little too hard. The power chords and chanted call and response type thing is just a little too contrived for my taste. It feels forced. It feels unnatural and a bit stilted. Like they listened to some ridiculous 70s hard rock song and tried to make their 2019 version of it through pure mimicry. Track two, “Blood from a Stone,” softens a bit and feels way more authentic, though. Which is a good trend…

Yeah, the album really settles down and gets into a much more natural place. It almost moves into a 70s FM rock space by track four, “Silver Line.” I’m not talking full Jackson Browne or anything, but it certainly goes way more in that direction. I do think that some of these more emotional songs would benefit from lead singer, Tina Halladay, learning to modulate her voice a bit. She seems to be going full tilt the entire time. And while that’s cool — and so is her voice — it would be nice to hear it soften a little as they move into these less aggressive songs. Or maybe dial it back in the production a little bit. Something to cut the high edge off of it. The hell do I know, though, right?

There are definitely some cool vibes here, but the hooks just aren’t as strong as they could be. In other words, there are songs that put something out there, but just don’t have the staying power they could have if there were more memorable melodies. Something that a not entirely different band like White Reaper has cracked in their move toward a more pop-like sound. And like that band, this stuff feels like it should be played from the speakers of a vintage Camaro in a parking lot somewhere while downing a Bud and smoking whatever cigarettes heshers smoked in 1981. It just lays that out there.

If you’ve ever read anything else about music on this site, you’ll know that I’m not so great about listening to lyrics. But apparently there is some sort of album concept here that is “personal.” I’m not sure if that’s true or not, but we’ll take their word for it. I blame my lack of lyrical intake on coming up on bands like Pavement whose lyrics are obtuse and mainly nonsensical. You know, meant to evoke a feeling and feel good coming out of the mouth rather than laying out a theme or philosophy. Or maybe I have that wrong as well.

Whatever my problem, Sheer Mag shouldn’t suffer for it. They’ve put together a fun album with some serious licks and a very charismatic singer who deserves a spotlight. I’m just curious to see what their next album brings us and if they move in a direction that feels more authentic and less showy. Or less indebted to their influences, at least. In that case, I think they could become a pretty big deal.