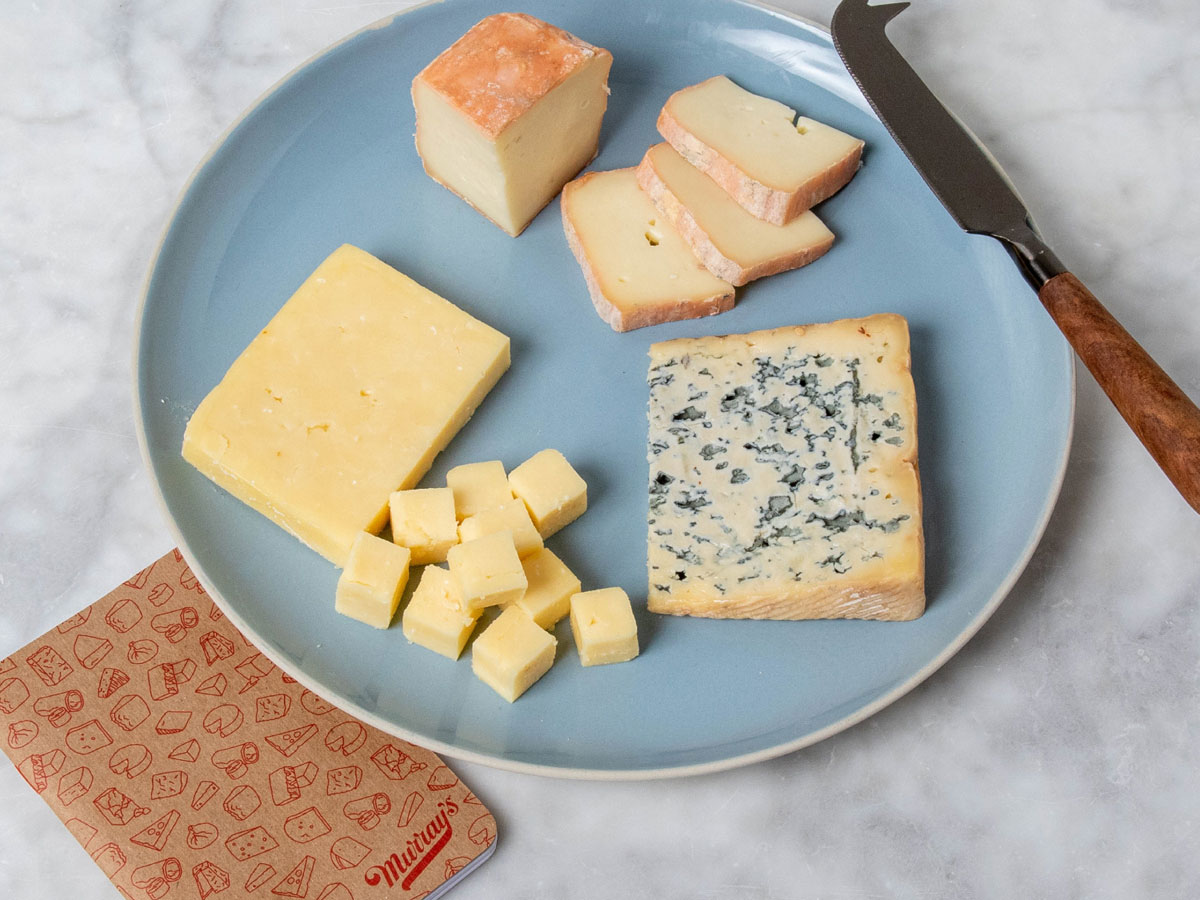 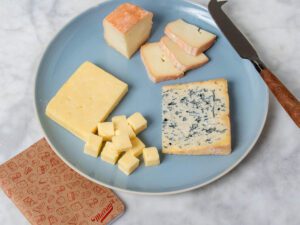 It seems that one can never get enough cheese in one’s life. So says Ms. Hipster. And this is why I sprung for the Murray’s Cheese Cheesemonger’s Picks Cheese of the Month Club. In case you’re counting, that’s three mentions of the word “cheese” in one product. We’ve been a fan of Murray’s for a quite a while now. We did a whiskey and cheese tasting class there way back in 2013, but more recently did an online beer and cheese tasting class for a friend’s birthday. And while it lacked some of the intimacy of the in-store class (and the joy of watching people get bombed), it was still a good time and gave me an excuse to buy several different types of beer for the pairings.

But this isn’t about me, of course. In fact, it’s ultimately not even really about the cheese. It’s about the person receiving the gift. The product of the product. And, honestly, how much he or she loves stuff that comes out of cows, sheep and goats. I only say “stuff” because I only assume that all cheese starts off as milk from these animals, but I didn’t really read the science-y part of the cheese-making process. Whatever the case, the shipment was always a hit and provided at least one of night of cheese dinner paired with some sort of preserves type stuff, those fancy, greasy almonds without the brown skin on the them and some sort of crackery type thing. Ms. Hipster makes a nice cheese plate.

Now, you do have to be prepared for the cost of this stuff. I feel like I scored a pretty good discount back around Christmas, but at the moment this particular club is around $205 for three months. Not exactly chump change for what amounts to four little hunks of cheese every month. Granted, it’s shipped right to your door in a box in a metallic bag with freeze packs in it to keep the food chilled. But, I think our delivery only had to travel about 15 miles to get to us, so its wasn’t exactly a super-pricey endeavor for Murray. The cheese did always arrive in good shape, as fresh as moldy stuff can be and with all the items in tact (although we got panicky the one time the box arrived kind of caved in from its journey across the Hudson).

So what do you get for your money? Well, you get a little Murray’s booklet in which to take your tasting notes. Ms. Hipster was pretty diligent about that. This particular club promised more “adventurous” cheeses than their “classic” club. I mean, why do this unless you want something different, right? I didn’t want to be shipped something I could pick up at my local grocery store, or even my local speciality shop. I imagine some dude with a cheesemonger name tag on sitting in a Swiss cave picking out every month’s selection. And, honestly, it’s more like he’s sitting at a desk in the back of their store on Bleecker going over a spreadsheet, but one has to invent some fantasy to get over the fact you’re basically eating a rotting hunk of dairy.

I’m honestly not sure I’d call what we were sent “adventurous,” as I had some stuff at Artisanal and Gramercy Tavern back in the day that would curl your toes. If you’re really into the flavor of early morning dung aged 14 months in the back of an old Midwestern barn type stuff. By comparison, these cheeses were pretty mild and not shocking. They did include a blue-type cheese with each delivery, which isn’t either of our favorite, but you get what you get. And the one stilton made a decent salad accessory. But, truly, does anyone need to be challenged by food? I mean, sure, it’s exciting to stick something that tastes like a gangrenous foot into your mouth, but ultimately creamy or crystaly or rich and delicious is way better. And with each delivery there were at least a couple cheeses that I could eat all day long.

And, look, it’s quite a bit of coin to drop on this stuff. But beyond just the taste of the product, it provides something to do for a night in these times of being a shut-in. It’s fun eating cheese. It is! Especially if you’re able to pair it with the suggested alcohols. Murray’s knows what they’re doing, too. You’re not going to get a package of American and a lame cheddar. It feels, uh, bespoke in the way only an industry expert can make a selection feel. So, go for it. Here are the cheeses we got over the three months of the subscription. They even threw in a bonus, surprise selection in the third month, which turned out to be delicious. 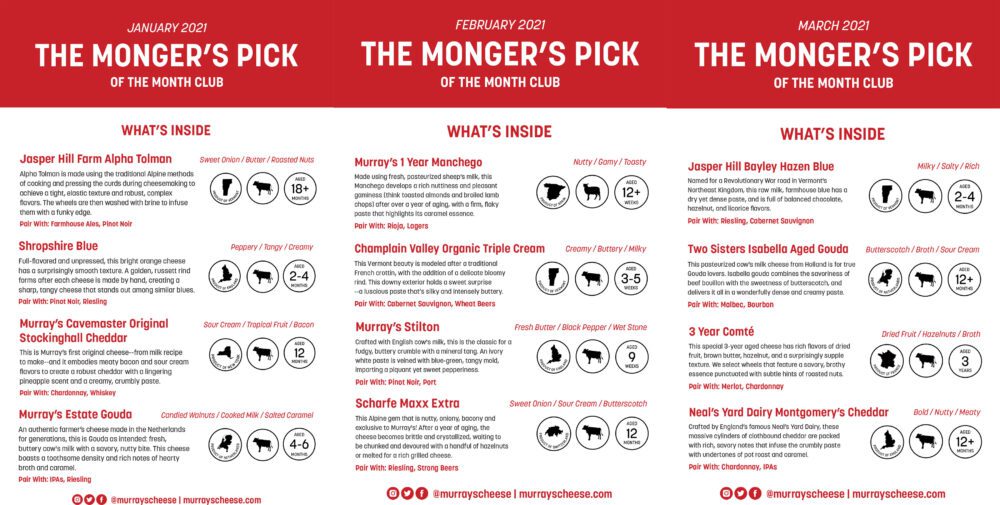