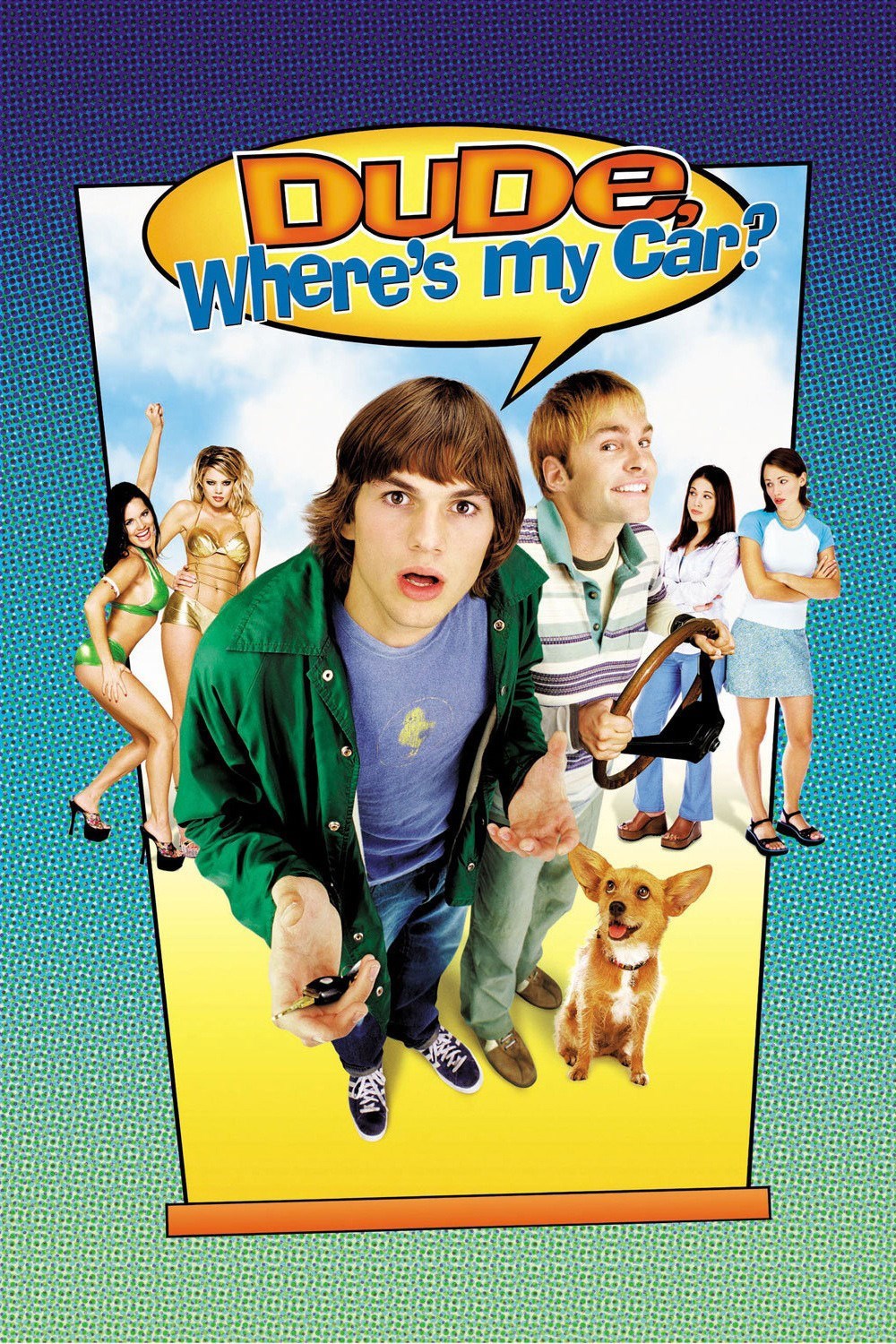 Look, I know this ain’t Shakespeare. I know it’s not Citizen Kane or Apocalypse Now. It’s not supposed to be. It’s dumb. It’s silly. It’s a movie about two stoners who lose their car after a night of partying. Why is the car so important? It has anniversary gifts in it for the twin sisters they are dating. Okay, so the plot is cockamamie, but it works better than it sounds. Basically, they spend the movie (all 83 minutes of it) retracing their steps from the night before. They run into all sorts of people who remember them doing all sorts of crazy stuff, none of which they remember. Each person leads them to another person, who puts them one step closer to finding the damn car.

These adventures put them in touch with tons of folks, including a transvestite stripper, a tailor who made them custom Adidas running suits, a crazy French guy who runs an ostrich farm and a bunch of weird alien-types who are looking for some transponder doohickey. None of this makes a ton of sense, but for some reason it’s kinda fun watching them run around like idiots.

As is the norm with these types of these movies, the girlfriends they are trying to hold onto are way too good for them. They are, of course, very cute, and very virtuous. In fact, the two guys have been dating them for a year and are convinced that for their one-year anniversary the girls are going to finally give it up. The girls volunteer at a school for the blind and live in a dainty little house with a white picket fence. We have no idea why these women would touch these two dirty stoners with a ten foot pole, but that’s the mystery of the Adam Sandler school of comedy writing. The movie is basically a big rip off of Bill & Ted’s Excellent Adventure, with two dopes who bob their heads and have their own little air guitar kind of insider thing going on. I’ve never really found Seann William Scott to be that funny (there’s something really creepy about his face) but Ashton Kutcher cracks me up. I watch him in That ’70s Show and he makes me want to laugh every time he walks onto the screen. He’s a pretty good physical actor, and just has this goofiness about him that works pretty well for this kind of stuff.

There were a few scenes that made me laugh out loud, and actually made me forget that I was watching a movie with the word “dude” in the title. The overall experience wasn’t as unpleasant as you would imagine, and although it made me laugh and smile a little bit, there’s no way in hell I was going to give this thing any more than two stars. After all, I have to keep up some semblance of legitimacy.