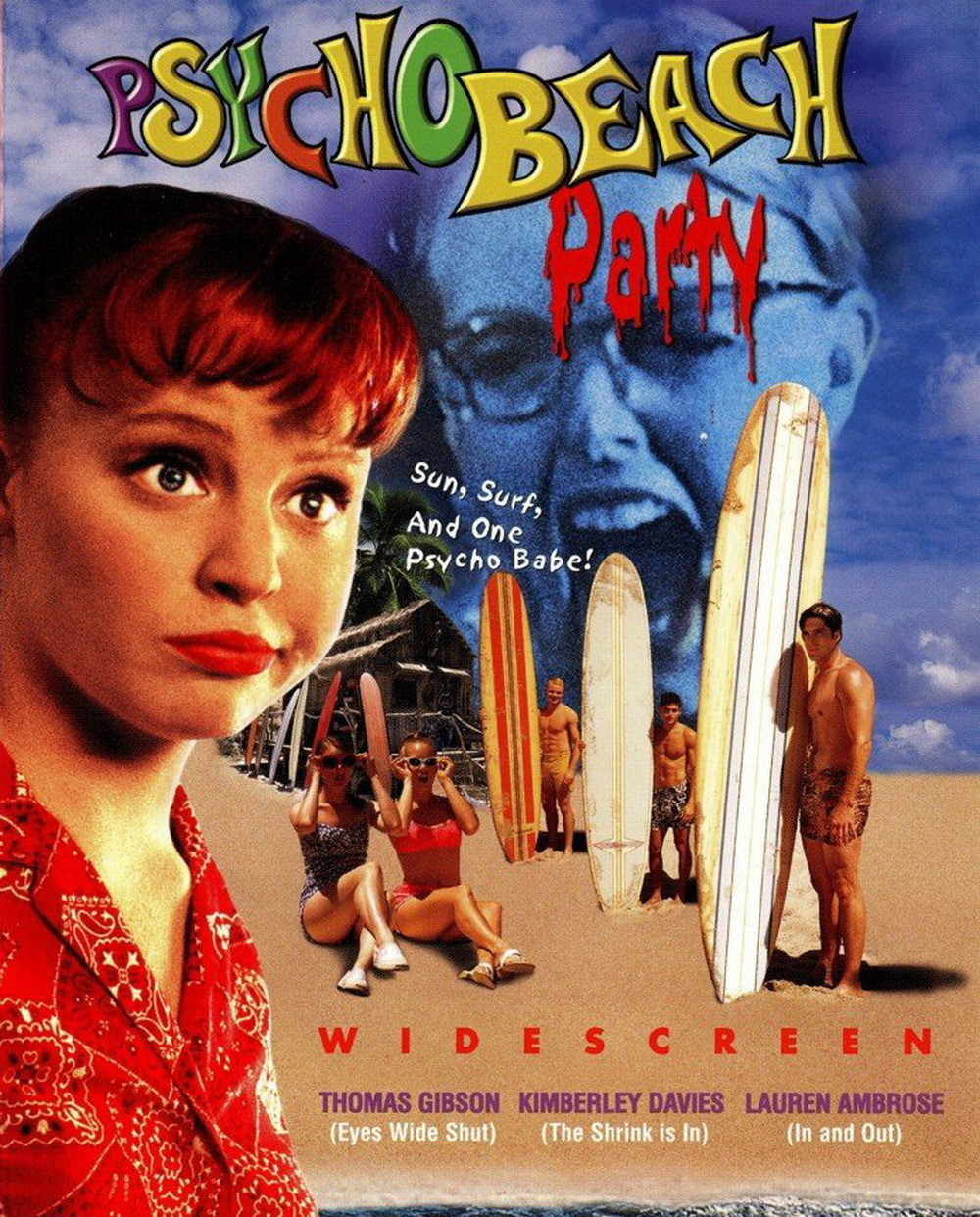 It could have something to do with the fact this movie was written by a drag queen. The thing has the feel of a bad cabaret show. Not to mention the writer also plays a female cop that has semi-graphic sex with the cool guy surfer dude in his car. Horribly disturbing. The cool guy surfer is played by Thomas Gibson of Dharma & Greg — a guy who is about as cool as a towel soaked in warm water. Of course, maybe that’s part of the joke, but who knows?

They pitch this movie as one part 60’s surfer movie, one part slasher film. It comes off as one part annoying and one part embarrassing, career-sinking piece of shit. Lauren Ambrose from Six Feet Under stars as the nerdy girl turned surfer chick. The only problem is that she has multiple-personality disorder. Dudes keep turning up dead. Maybe it’s her. Maybe it’s her crazy mother. Maybe it’s the weird foreign exchange student who’s staying in her house. Maybe it’s any number of daddy-o-speaking freaks. It’s not as if we care. The only thing that salvages this turkey from being a no-star affair is Lauren Ambrose. She plays crazy-kitsch pretty well (despite the awful, cheesy writing) and does this one thing where she sounds as if she’s a radio with its dial being changed that is pretty cool. Otherwise, this is one of the most annoying films ever. Good for people that loved Serial Mom.