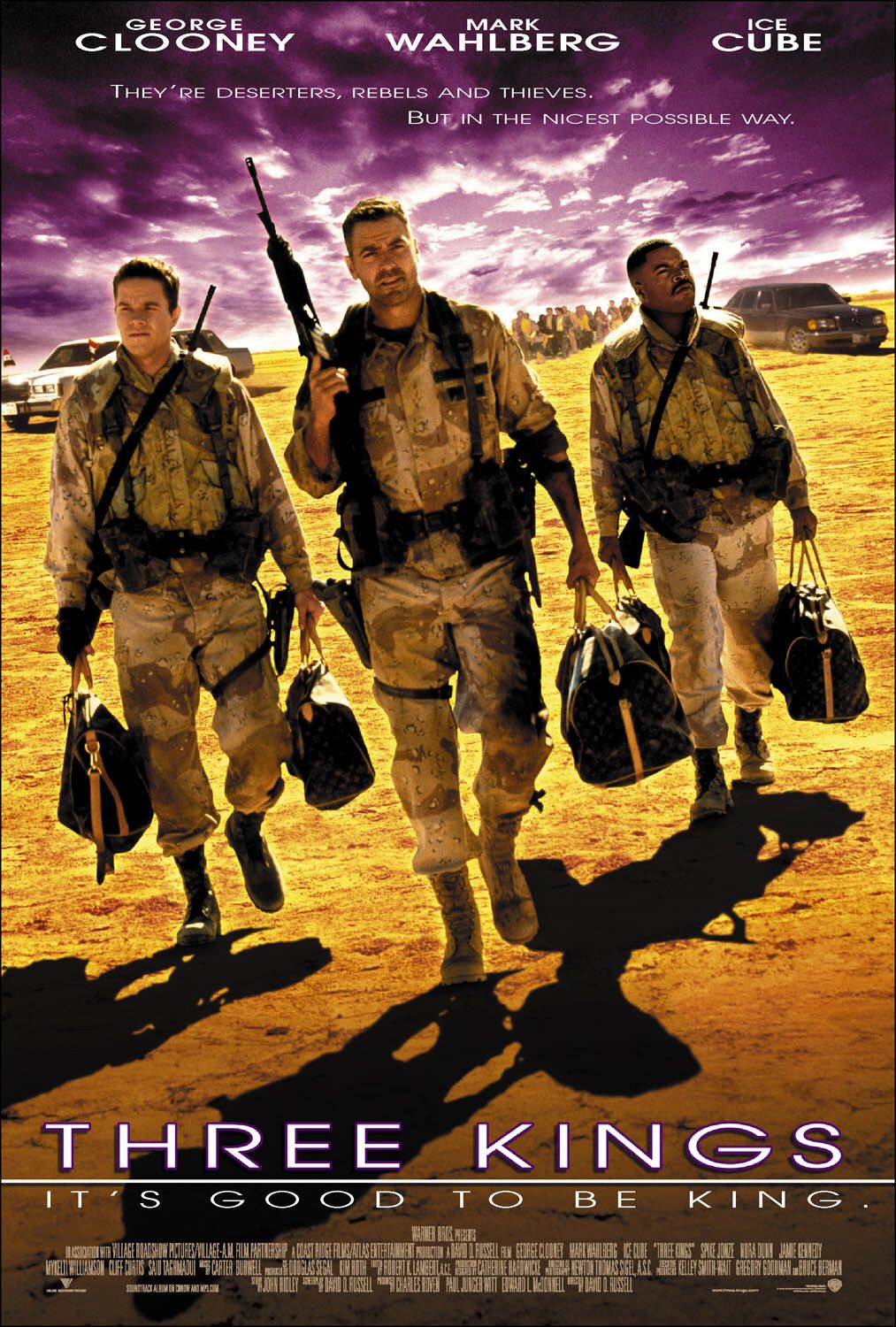 They should have called this one “Doug Ross Takes the Desert.” This is a not so subtle way of saying that George Clooney doesn’t have great range as an actor. Basically, if you’ve seen one of those old E.R. episodes where Dr. Ross gets angry and bosses everyone around (all while giving serious glares), then you’ve seen Clooney’s performance in Three Kings. That’s not to say he isn’t good in the role, but I don’t think you’ll be seeing him playing Hamlet or even a Forrest Gump-type character anytime soon.

His acting aside, all the other actors in the movie do an admirable job, with Spike Jonze turning in a pretty decent performance in his first big role. Unfortunately I didn’t get a chance to see this film on the big screen, where I’m sure some of the neat camera effects and desert scenery would have been done justice. Also unfortunate, on the small screen, much of it comes across looking like a super-long music video instead of the stylistic gem it probably was in the theater. The entire movie is shot in this bizarre blue(?) tint that gives the film a kind of surreal feeling, while at the same time conveying a documentary feel. Don’t ask how this is possible, just go with it. Unlike the horrible movie Forces of Nature, whose director also tried the bizarro tint thing, this one somehow pulls it off. There are some excellent shots of characters standing with the clouds rushing by over their heads, and some other cool shots that didn’t really propel the plot, but probably made David O. Russell’s film school teacher smile.

Speaking of plot, this one was thin at best. Some Desert Storm soldiers discover a map that leads them to some gold that was stolen by Saddam. That’s it. I was very afraid that this would turn into a morality tale: you know, fortune vs. human life, and it comes very close to going in that direction. By the end of the film, you are just begging the filmmakers not to fall into the Hollywood sentimentality trap. They come very close. In any case, it’s an entertaining film that gives you some laughs, some gore, some action and a couple decent performances. I just wish I could have seen it on the big screen.