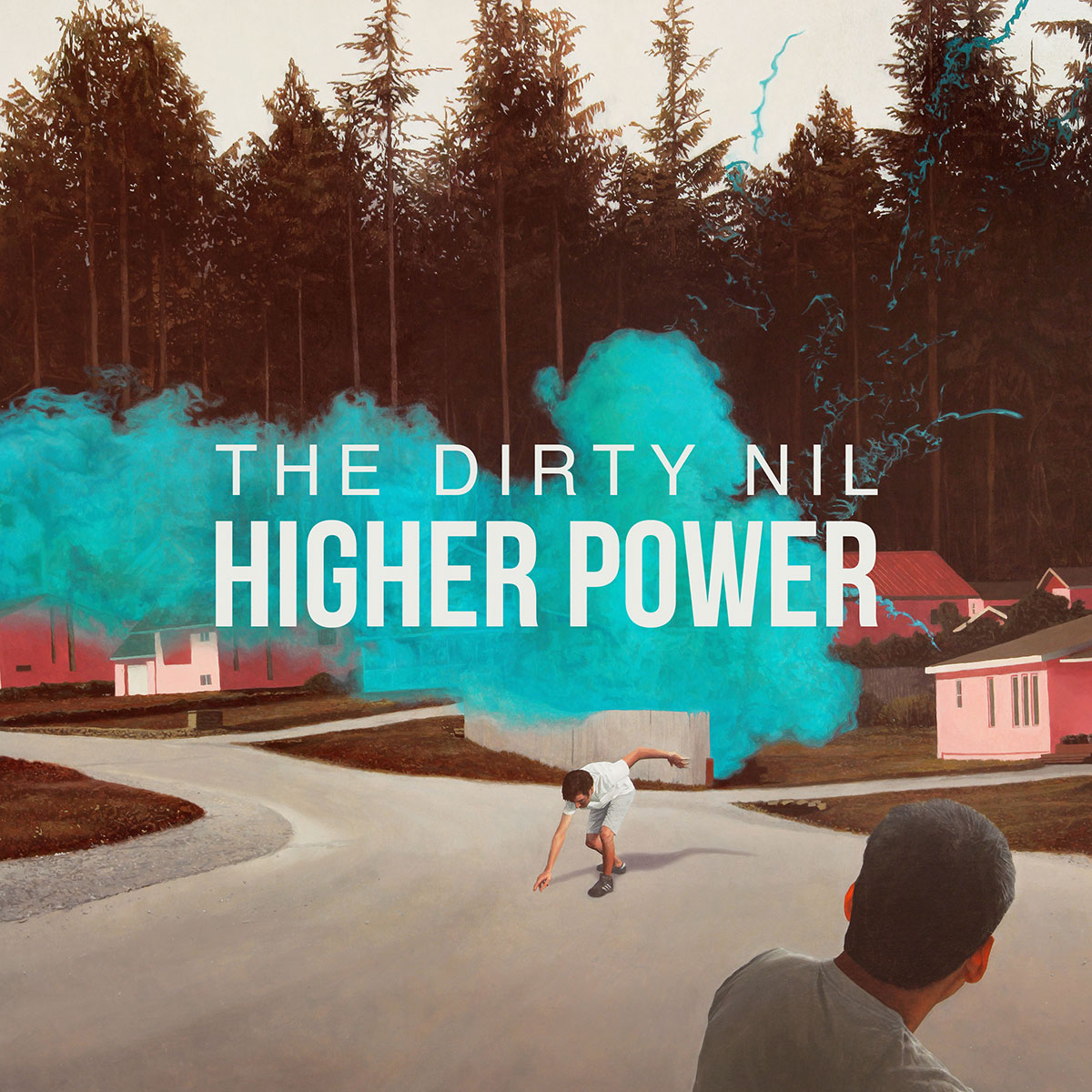 I’ve been listening to this Dirty Nil album on repeat for weeks now. And in this day and age of on-demand media, that’s saying a lot. To keep an album in rotation for more than a week is rare, as there are always 59 more, new, old and indifferent, to take its place. But this one is definitely a keeper. From the first burst of squealed feedback, one can tell that this is an album with a point of view. It never feels confused or contrary or pandering or anything other than straight-up yearning to tell the story of high-energy, rollicking rock ‘n’ roll. And, oddly, it’s not a very modern record. But in a very positive way. It’s not as if it feels old or even throw-backy in any way, but it totally avoids any of the cutesy tropes that you’d find in almost any other indie rock album these days. There’s no tongue-in-cheek here, no nods to something cheesy or laying back into a comfortable groove. It’s all adrenaline and push.

That said, I’ve read that the band, despite being signed to seminal on punk label, Fat Wreck Chords, poo-poos the punk tag. And with good reason, really. Granted, being a punk band can have all sorts of connotations, but these nice boys from The Great White North have more in common with their noise rock countrymen, Japandroids, and wannabee countrymen, Cloud Nothings, than a band like NOFX or Bracket. They’re all about making extremely competent, anthemic tunes that sparkle with noise and somewhat controlled chaos. Lead singer, Luke Bentham’s, throaty growl and howling screams set off the almost Nirvana-like alarm bells in my head, though he tries for very little of the tenderness or humility Cobain occasionally tried to convey. It does point to, however, that genre of rock before rock genres were really a thing, but amped up to eleven. This is a concise and aggressive burst of what feels like the logical next step in rock music that defies categorization, but conveys the tenants we all look for in a kick-ass album of any kind.