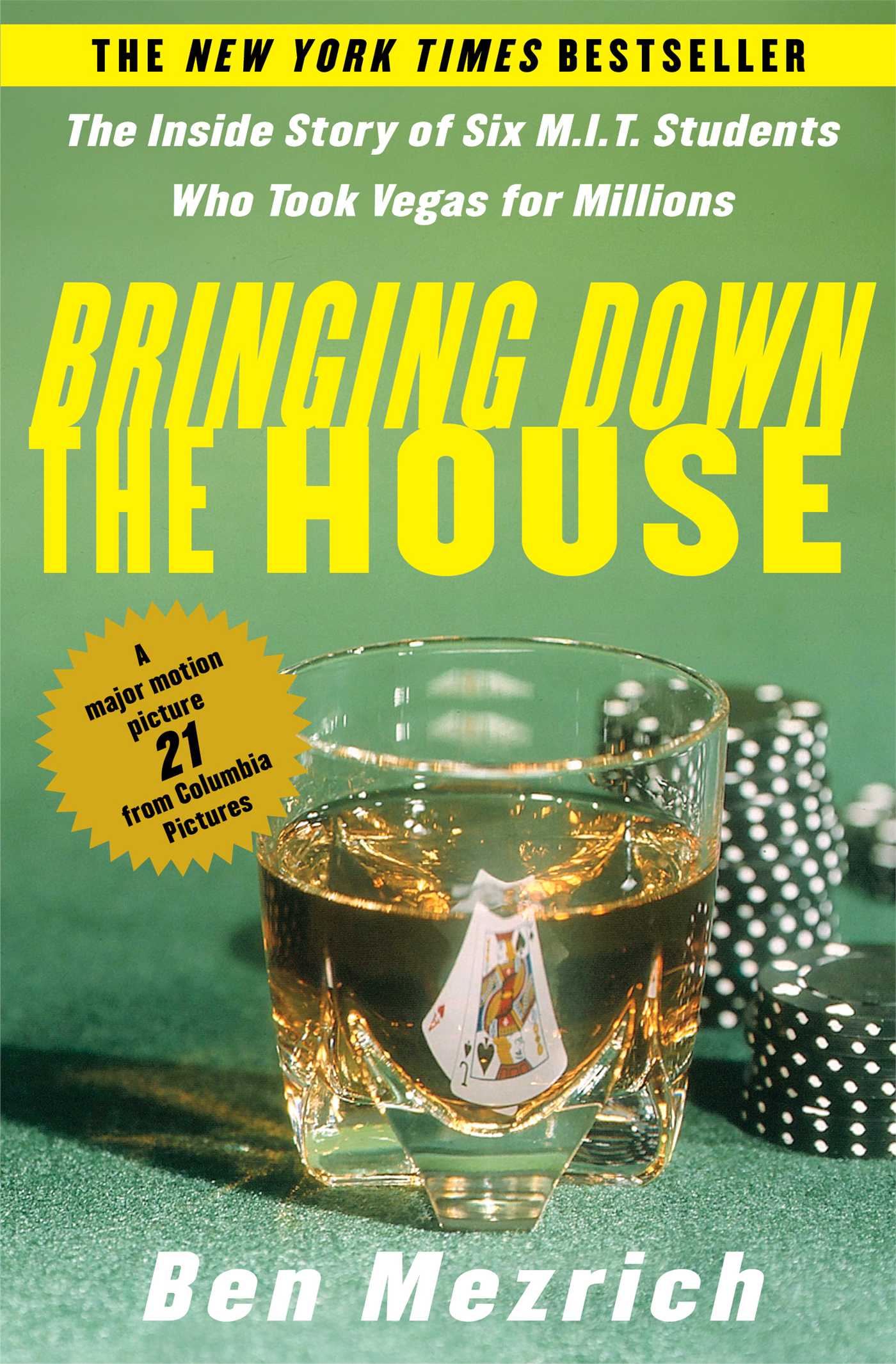 Bringing Down the House

I’m not really sure how you screw up such a tailor-made story like this, but I swear that Mezrich has managed to do it. The fact that this story fell into his lap makes it even more infuriating that he didn’t do a better job with it. Not being a regular reader of non-fiction, I have to wonder if all true stories lack the story arc–that build up and put away punch that is so sorely missing here. I mean even true life has a beginning, middle and end, and is filled with dramatic highs and lows that can punched up with drama and electricity and turmoil. And if any story called for it, this was the one. It’s no wonder they made an instant moneymaker of a movie out of it. It has all the elements of the underdog nerd (who is really no underdog at all) against the cocky industry that couldn’t be beat. It has those same nerds rubbing elbows with celebs and the rich and famous because they can use their brains. It has money belts and secret stashes and even disguises and false identities and the dating of professional football cheerleaders! And all because of a card game. The problem is that after a while it seems that even Mezrich becomes bored with his subject (or just can’t write to save his life). I mean it’s a card game in which you add cards up to twenty-one for god’s sake. It’s not quite a bank heist or expedition to Mt. Everest now, is it? It’s not to say that there couldn’t have been a really good book written here, but the pacing is all wrong. The action should have made me feel like I was in the middle of it, not sitting on a bus reading some secondary account of an outsider’s view of the inside story. I usually don’t like sensationalism, but in this case a little bit would have been okay. The author almost seems flippant about it at times (or, again, can’t write), and it ultimately drags down the narrative. I could have learned just as much, and in a much more tense and succinct way, about this MIT card counting team in a long-ish Esquire article. The funny thing is that we find out that these guys aren’t even unique in their approach–a fact that the author may have wanted to play down a little bit. The scheme doesn’t seem that special if there are hundreds of other counters out there doing the same thing. He also brings up and then drops whom the “investors” were who were bankrolling the operation, only referring to the as “mysterious” at one point. How about some follow-up? I mean, that’s the real story here. Who are the people getting rich off of these SAT wonders and their gaming appetites? I don’t know exactly what I expected from this thing, but whatever it was neither shocked nor amazed.