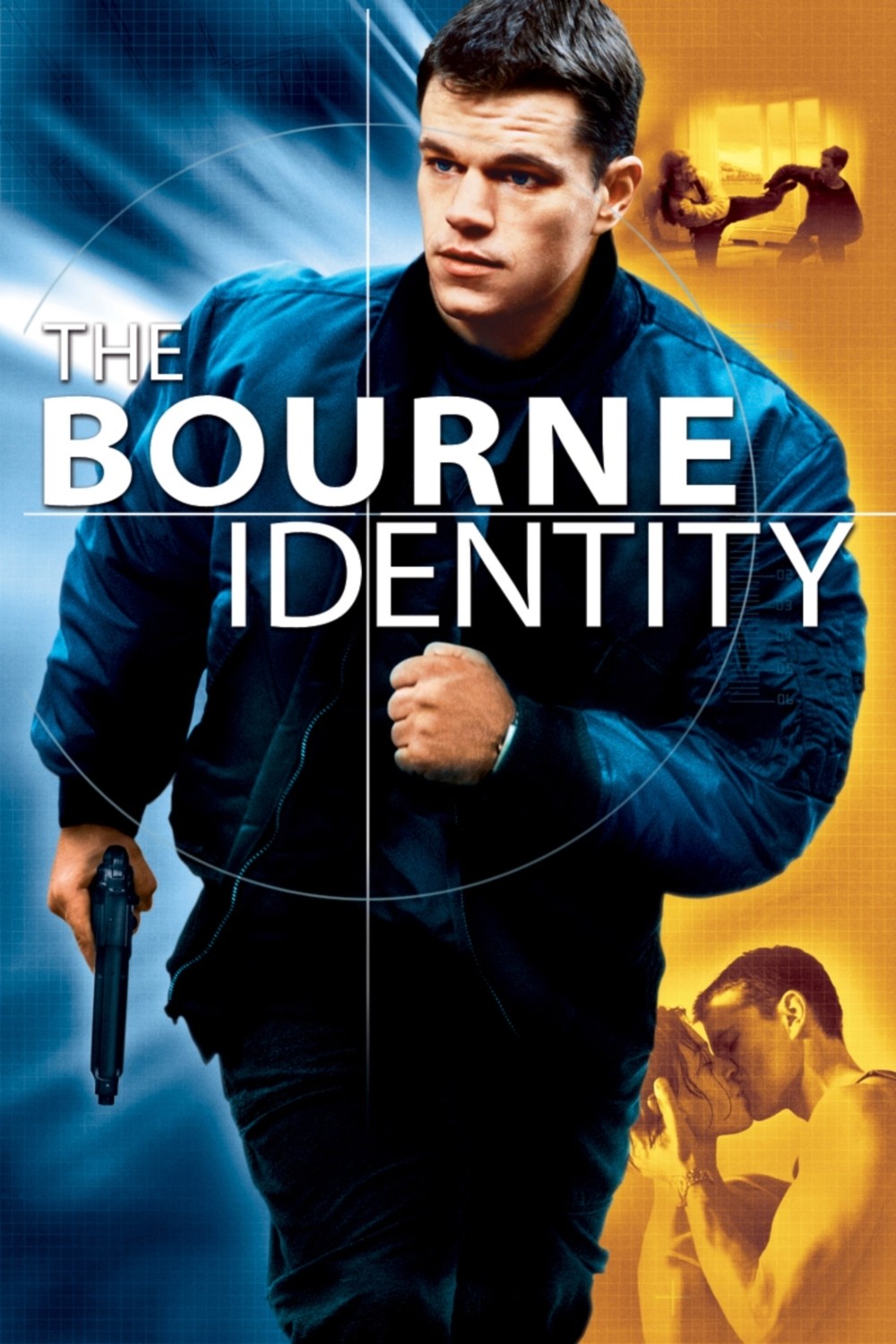 I’ve never read a Robert Ludlum book. There were plenty of them sitting around my house growing up, as my dad was a big fan. Granted, the man, my dad, ruined his eyes as a kid reading the phone book under his covers at night, so his taste in books is a little questionable.

I never really had interest in the genre. I never read Tom Clancy either. Of course the whole amnesiac CIA agent thing is tailor-made for a movie series. I am wondering if lovers of the Bourne books were shocked and disappointed with the choice of Matt Damon to play Jason Bourne? I have no idea how they describe him in the book, but somehow I don’t think Ludlum envisioned the relatively diminutive and unmemorable Damon as his trained killer. He’s no Pierce Brosnan as Bond gimme by a long stretch. But from the very beginning of the film when Bourne is found floating and unconscious by an Italian fishing boat in the middle of the ocean, he makes his presence as a powerful character known.

Maybe it is his boyish innocence that makes him seem that much more deadly and intriguing. Nobody expects the kid who looks like him just stepped off the campus of some prep school to kick your ass, but Damon really pulls it off. Granted, a lot of this is the terrific direction, but the physicality is there, and seems very real. I’ve only seen this one in the series but plan to see the rest.

This one follows Bourne as he tries to uncover his true identity. All the while his CIA counterparts, who have gotten themselves into some hot water over Bourne’s botched assassination of someone they weren’t supposed to be assassinating, are trying to chase him down and bring him in (or bring him down). They figure he’s just gone rogue, but in fact he has amnesia and doesn’t know he’s supposed to come in, or who these guys are who are shooting at and chasing him around.

The action is much more old school in its approach (compared to something like Mission: Impossible), relying more on stunt work than on CGI, unrealistic gadgets and crazy city-wrecking havoc (although a great car chase does cause some collisions). Bourne, the character, doesn’t rely on these hi-tech gadgets and crap either, but his own brain and some sick jujitsu moves. There is a very James Bond ending to the film, funny enough, but not in a Roger Moore cheeseball way or anything. Overall it was a decent action movie, and makes me want to see what kind of crap Bourne’s going to get into next. Fire up that movie queue.