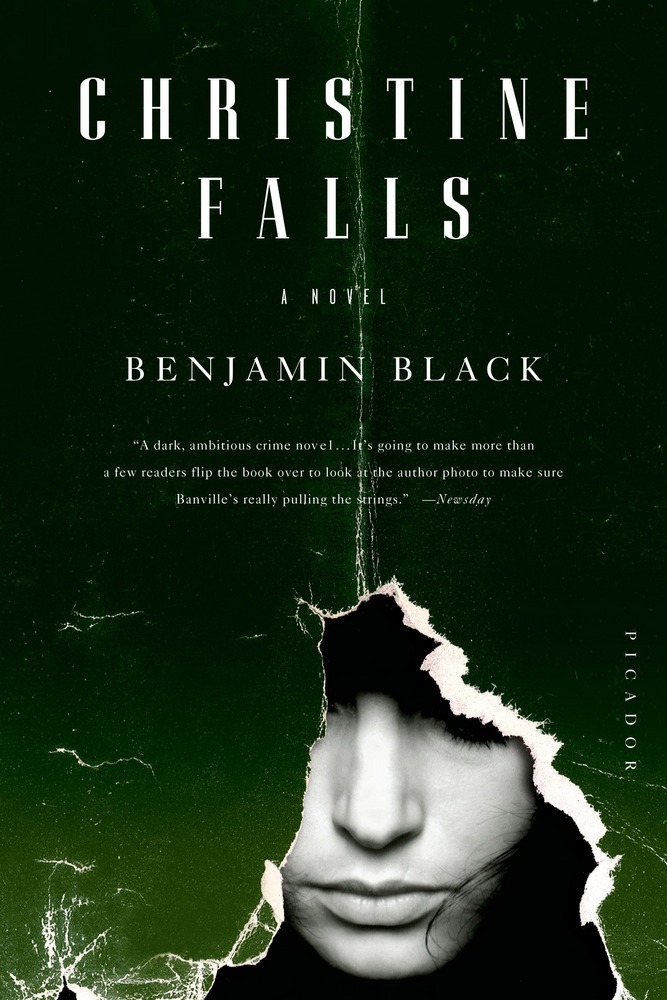 I can’t believe that an author would go through the painstaking process of writing a novel and then not put his own name on it. Granted, when you’re known as a serious literary writer like John Banville, I guess you have to protect your brand name from your crime-writing alter ego. So is the case with the mysteriously (and somewhat superhero-ish) named Benjamin Black. Banville, of course, isn’t really fooling anyone. I guess it’s just a business and reader method for keeping his two worlds separate in people’s minds. After all, someone moving from the deeply moving and ethereal prose of The Sea to this book, and what amounts to a whodunit, would most likely be confused and somewhat pissed off. Banville even affects a prose style that somehow evokes the writing of the era in which the story takes place (1950s Ireland), which was a little more stiff, a little less flowery and somehow detailed, but distant, from its subject matter at the same time.

That’s not to say that this novel isn’t well written. Quite to the contrary. Banville retains his knack for creating a mood and deeply flawed and conflicted characters. Although, like most crime novels, there needs to be certain archetypes and character types in order to really get that sense of an old-time detective story. And Banville has them here in spades. The old rich guy, the powerful judge, the femme fatale, the younger, gold digging new wife, the beady-eyed henchmen, etc. Adding to the sense of old-timeyness and detectiveness is the detailed setting of 1950s Ireland, which does away with all of the sheen of computers and modern investigation techniques, and just gets down to brass tacks.

First we start off with our protagonist, Dr. Quirke. This is a man who is, like his counter parts in the noir films of the 1940s, not your run of the mill do-gooder with a heart of gold. He’s a stubborn brute of a man who drinks a bit too much, pushes a little too hard and flies in the face of the establishment. Add to this the fact he’s a widower in love with another man’s wife (the woman he was supposed to be with) and cuts up dead bodies for a living, and you have a guy who is living on the edge. The issue with Quirke is that the precipice doesn’t really scare him. He knows he’s a mess, and that his life is spiraling down the tubes, but he had no motivation to do anything about it.

That is until one evening when he comes down from an office party at the hospital to find his brother in law (a hospital big wig) messing with a report on one of his bodies. At first he’s not all that disturbed by his brother in law’s presence in the morgue late at night (his drunkenness having something to do with it), but not knowing how to leave well enough alone, he starts digging and finds some fishy business going on. That fishy business turns out to involve various members of his high-powered (adoptive) family, the Catholic Church and various other nefarious organizations.

His investigation into this one woman’s death turns into a trans-Atlantic affair, bringing him from his home country of Ireland to Boston and back again. As with most well written novels, the adventure is not only a journey of discovery as to the possible murder plot, but a journey of self-discovery as well. So as Quirke chases down the mystery of this unnamed woman’s death, he chases down his past and uncovers layers of history that evolves him as a human being. This part of the story, Quirke’s self-discovery, turns out to actually be more interesting than the crime story itself, as the plot twist and the final resolution is kind of a wet firecracker when it comes down to it. Granted, Banville has already written and published the Quirke sequel, which picks up two years after this one leaves off, so he had to leave the thing somewhat open-ended. I read this thing mostly sitting on the beach, which is the perfect place to read a moody crime novel.