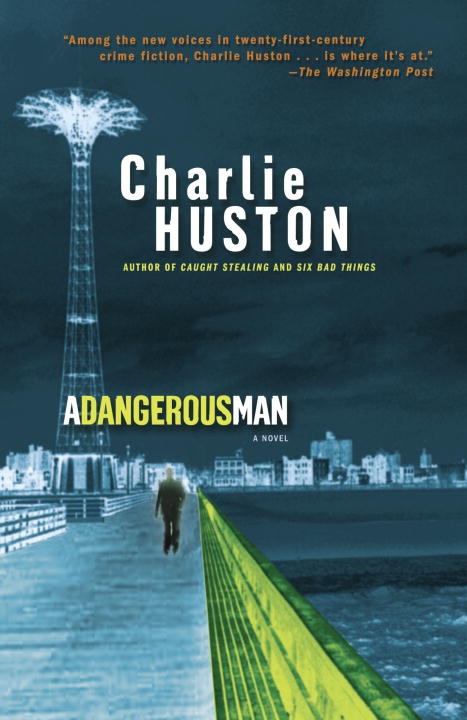 The folks at Random House were nice enough to send me the second book in this trilogy, Six Bad Things. I enjoyed it more than I thought I would, so I went onto Amazon and bought the first book, Caught Stealing, to fill myself in on the beginning of the story. Then this, the third in the trilogy, came to me in the mail. It was if the light-reading gods were smiling upon me–or at least the publicists at Ballantine. After all, you can only read so many postmodern novels about dysfunctional families before you need a break. If the break comes in the form of a pulp novel about a professional killer battling the Russian mob and various other baddies, then so be it. The storyline of this one picks up a few months after the last one finishes off. Our protagonist, Henry, has been blackmailed into being a hired hitman and enforcer for a Russian mobster whose money he stole way back in book number one. While he was once a reluctant killer–beating and shooting only those who meant to do he or his loved ones harm–he has now turned pro, and is paid for his services. Granted, the gangster still holds his parents’ safety over his head, telling him they will not be killed if he does his bidding. To dull the pain of basically killing people for a living, Henry downs every kind of pill known to man. He’s so out of it during some of his jobs that his partner in crime has to literally put the loaded gun in his hand and remove it after he’s squeezed off the whole magazine. The thing that made the first two books interesting was watching this once promising athlete spiral into oblivion because of circumstance, bad luck, booze and bad decision-making. There were two definite periods of time defined, and the driving stories behind those were compelling and fast-paced. Comparatively, this one felt claustrophobic, and more episodic than an entire chunk of time. I guess that’s often the case with the closing act. The first act is all background and details; the second is the meat of the story, and often times the crescendo of the emotional piece. The third act is the shootout and wrap up. This, as a third act, was kind of a let down. It really didn’t have that edge that I enjoyed in the other two books–especially Six Bad Things. Like Henry himself, this one was kind of foggy and unfocused. We had already exhausted all the twists, and you knew this situation was the last, and could only end in one of two ways. I won’t give away how it did end, but suffice it to say that a fourth book is not in the cards.