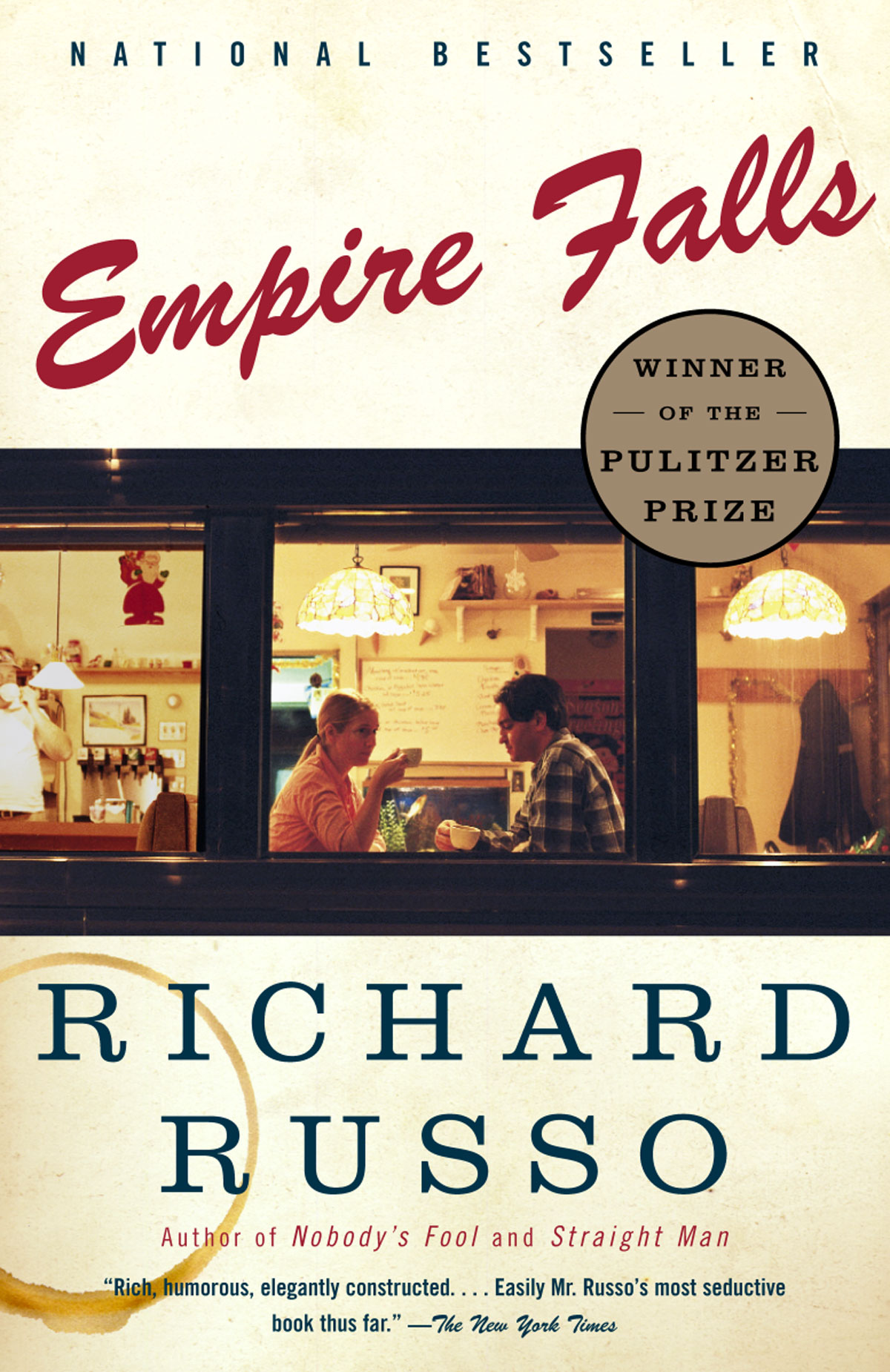 For a book that meanders its way through 500 pages, Empire Falls sure is a hard book to put down. It’s stories about these magical, small New England towns that seem to just capture nothing and everything at the same time. There’s always love and loss, tragedy and revelation, but most of all there is always a cast of characters worthy of the mighty tress that were farmed to create the paper that these tales are printed on. The characters in this story are no exception. You have the evil, rich old lady. You have the selfless, dying mother. You have the lousy, drunk wandering father. And then in the middle of all of it you have Miles, a man whose life is at a crossroads. If he were a cast member on The Real World, he’d be that wimpy guy who just wants to be everybody’s friend (see Matt from the Hawaii season for a perfect example.) Sorry to drag in horrible pop culture crapola to describe a character in a Pulitzer-winning novel, but I’m a product of my generation. Anyway, there is nothing groundbreaking about this book, it’s just so filled with well thought out characters that you feel like you know them by the time the book wraps up. There are a few sections that are a little–dare I say–cliched and/or unoriginal. I mean, we have a scene right out of a Pearl Jam video for god’s sake! This aside, I did enjoy 98% of the book, and would recommend it to people who enjoy a good character study. Reading it though, I almost felt as if Russo was pandering to Hollywood, purposely writing cinematic scenes that would fit perfectly into a film script. I could see a good director turning this into a nice, small indie film (hopefully they’ll keep Lasse Hallstrom from sprinkling his sleeping powder all over this one as well.)