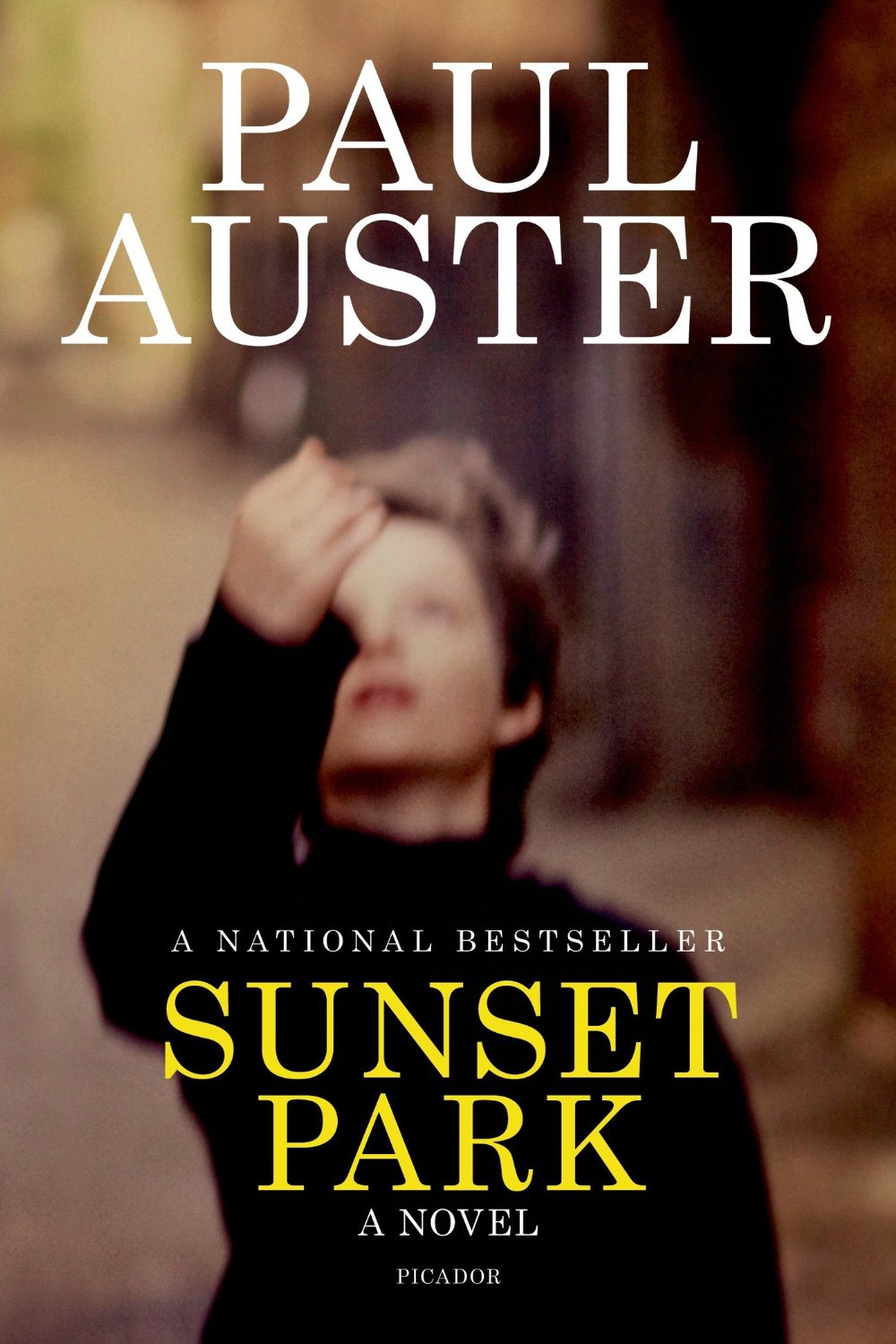 Yet another Brooklyn book from Paul Auster. Yet another reason why I ask myself after finishing one of his books why I insist on reading him at all. He’s been nothing but disappointing to me and this, his latest disappointment, is the worst yet. It’s as if the man just kind of starts writing and meanders around for a bit within a skeletal idea of a sort of plot and eventually gets to a horrendous ending that is completely incongruous, bleak and weird.

The first, and biggest, issue with this book is the unbelievable, unlikable and ultimately boring main character around which the book orbits. We’re supposed to believe this kid, Miles Haller, who is brilliant, Ivy league educated (until he drops out) and supposedly charismatic to the nth, gives up everything to do menial work in Florida, takes up with a high-schooler and then eventually, jobless, squats in an abandoned house in Brooklyn? And all the while the characters around him seem to see this brilliance and wonderful things in him despite the fact he barely talks, is a complete mope and is all sorts of fucked up inside? And all because, in a freak accident, he killed his stepbrother as a teen? I don’t buy it. I don’t buy that anyone would find this guy interesting or compelling (both the other characters in the book as well as the reader), nor do I believe this one incident would cause such undue damage to him in such a holistic way.

The second big issue for me is the way Auster writes and narrates this thing. He forgoes dialog throughout, just kind of passively and offhandedly conveying conversations and interactions. It’s amazingly off-putting and distances the reader from the characters in a way I don’t remember hating so much in other books that go this way. He also clearly runs out of shit to talk about with Miles so he starts branching the story to cover his other housemate’s activities and changes the narrative focus to other characters as chapters go along — which seems totally random, unnecessary and like a decision made out of desperation.

A large part of the story revolves around Miles’ abandonment of his family after the incident with his step brother and, in a scene right out of Three’s Company, overhears his step mother getting upset about his involvement in her son’s death — despite it being a completely unforeseeable freak accident that was her son’s fault as much as Miles. So Miles runs and runs, not talking to either his dad or step mom for years. A friend of his, Bing, who is the person who eventually invites him to live in the house in Sunset Park, acts as a spy for his parents, letting them know where he is and that he’s safe. It’s a little unclear why he does this exactly, other than we’re supposed to believe he’s enamored with Miles because he’s such a deep guy? The problem: he’s not. Anyway, he comes to Brooklyn and has all these near misses with his parents as he tries to reconnect. It’s completely silly. And then he does reconnect and Auster hits the fast forward button and we’re kind of peripherally told how that progresses. Seems to me this would be the most interesting part of the book — reconciliation and forgiveness and all that happy shit, but instead he focuses on other weird details with other characters, and on this stupid fairytale relationship Miles has with this underage teen in Florida (from whom he ran after being blackmailed with statutory rape charges by her sister).

So everything seems to be going okay for Miles as the right side of my book got thinner and thinner until the last five pages or so (or maybe three) when everything the book has built towards (or portended to build towards) bursts like a cheap balloon. Chaos ensues and I ended up rereading the last page twice just to make sure I was correct that I had just wasted 320 pages of my life reading this thing.