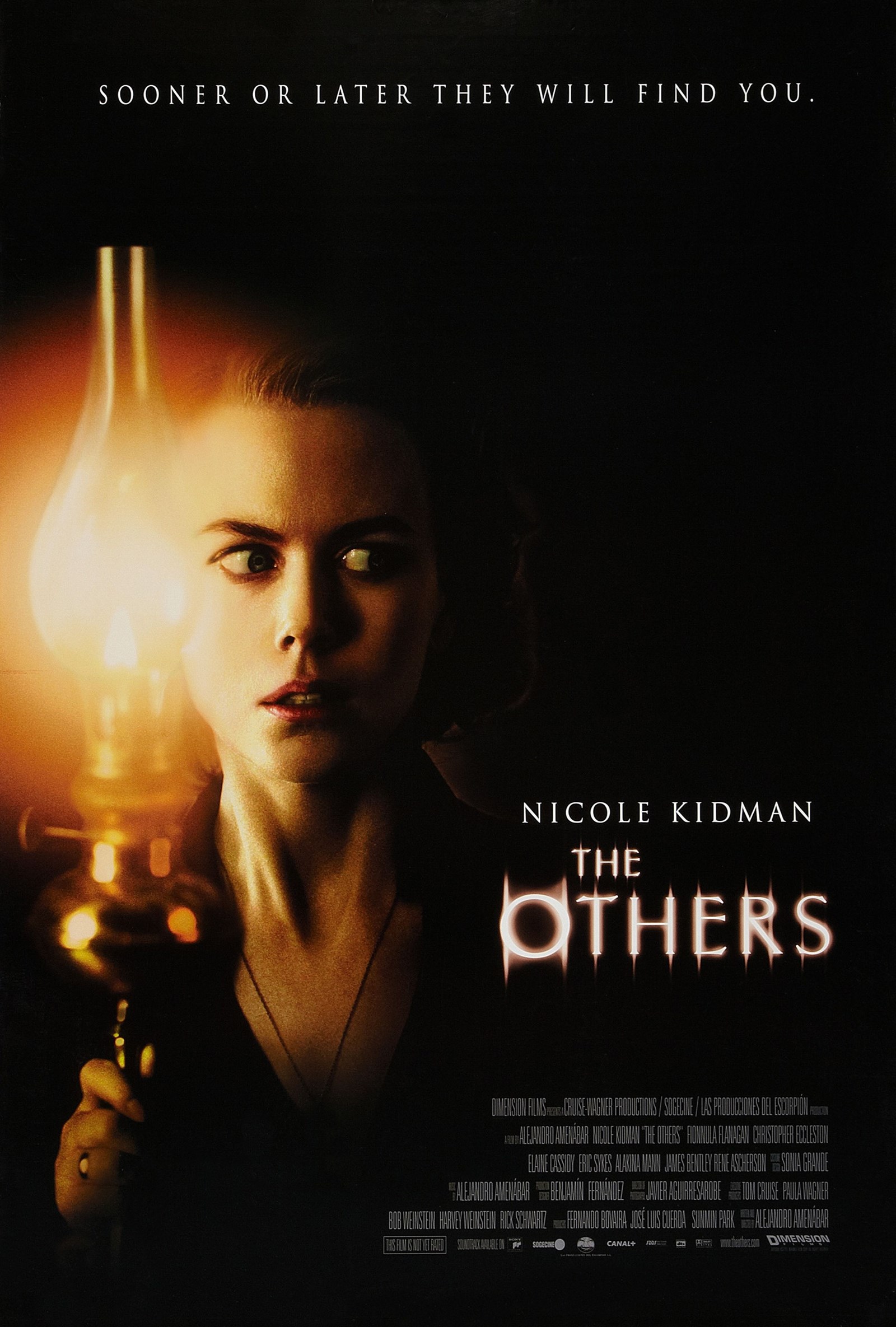 As a person who loves twists and turns in his movies, even I am appalled at the number of movies that have lined up to capture some of what I call “The Sixth Sense magic.” Not that I thought The Sixth Sense was all that magical, but it did show film makers that the moviegoing public was ready for a twisted ending that left them without that warm, fuzzy feeling. Sure, we’ve had twist endings since the golden days of film, but usually the twist left our villain gasping for air, or our hero basking in his brilliance at foiling the big plot. The only exception to this that I can think of off the top of my head is Body Heat–and we remember what a stir that movie caused.

Anyway, The Others takes a page from The Sixth Sense book of the kaboom ending. We glide helplessly through the movie filled with these strange characters wondering how they all fit into the fabric of the film. Children that are allergic to the light live in an old mansion with their overprotective mother, who insists that every door be locked behind her so that the children don’t get exposed to even the tiniest speck of light. Their father is gone and presumably lost somewhere on the European front (the movie is set on the English Isle of Jersey during the end of WW II). This leaves our nervous mother to tend to the children by herself, with the ever-departing cast of caretakers and maids.

Nobody, it seems, wants to hang out very long on this foggy island with the Missus and her two ill children. Is it her overbearing grouchiness, or the intensity of creeping around like church mice in near darkness (the woman of the house gets unbearable migraines of there are loud noises) and having to live with the crazy rules set forth by Mrs. Stewart (Nicole Kidman)? We don’t know, but they don’t like to hang around, apparently.

Then comes the spooky trio to take the place of the vanished help. Unfortunately, they are the ruination of the entire movie. Rather than being scary and creepy, they are like the visiting cousins on a bad episode of The Munsters. They’re goofy and stereotypical. It’s almost as if you can see them tenting their hands and peering ominously over their outstretched fingertips. It’s completely silly, and takes away any illusion that you are watching anything but a stupid ghost story. It’s a shame, really, as there are instances of good creepiness to be found in this film. Rather than keeping the mystery and disorientation alive, these characters supply us with narration and an outsider’s view of the situation that takes away from the sense of claustrophobia and isolation that we are supposed to be feeling. The film itself looks different when they are in scenes. It’s like the director (the same guy that directed Abre Los Ojos) handed over the reigns to his less-talented little brother for one quarter of the movie. Oh, well.

Then the twist ending comes, and our cartoon support cast ruins it once again. The filmmakers should have just stuck with Kidman and her children, or at least cast the day players a little better. They had a real opportunity here to make a really psychologically scary movie, but they backed off too much and ended up robbing it of any real substance or chills. Then the end comes. Surprise, I’m The Sixth Sense!