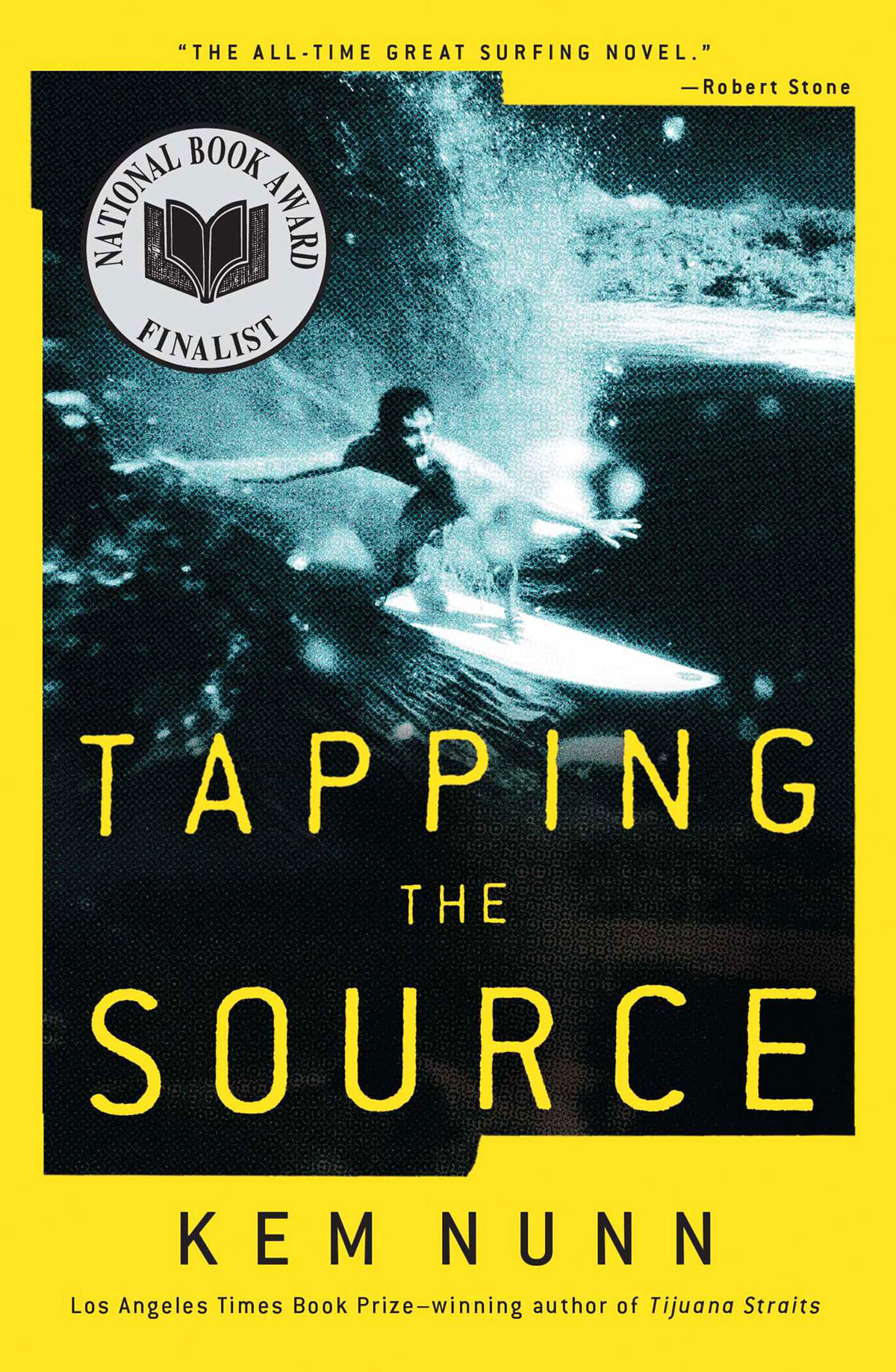 So I’d read that Tapping the Source was, in fact, the source material for the movie, Point Break. I mean, sure, there’s surfing and some nefarious activity, but there is absolutely no Johnny Utah, no “I am an FBI agent!” and no dudes in ex-president masks robbing banks. There are some little things that the movie borrowed here and there from this book, including a young man — in this case a self-proclaimed hick named Ike Tucker — trying to solve a mystery in and among the local surfing, drugging and vaguely shady locals of Huntington Beach, CA, but on the whole it’s a very different kind of story.

The mystery our protagonist is trying to unravel is what happened to his older sister when she purportedly left Huntington Beach in the company of a small group of dangerous surfers on a trip to Mexico and never returned. His sister, who ran away from their home in the California desert, had a wild streak and a need to move on. It turns out, for Ike, that he’s more like his sister than he wants to believe.

Once he’s in Huntington Beach — ostensibly to track down the three men he heard could lead him to his sister, or at least tell him what the hell happened to her — the majesty of the ocean sucks him in. He falls in with a once-great surfer-turned-biker and ultimately with the very men he means to question in his sister’s disappearance. In essence, he sells his soul, or loses it, falling victim to the very worst impulses that he claimed to abhor. He is young and impressionable and we see that perhaps his original excuse in leaving his dead-end life in the desert was predicated more on just getting the hell out than the altruistic goal of finding his estranged sister. The surfing, the drugs, the woman (all essentially making up the “source”) are all too much of a draw to keep him on the path and the straight and narrow.

The book follows a pretty standard narrative arc, not entirely unlike Point Break, actually, with Ike basically falling for the people he’s investigating and crossing that blurry line between getting close in order to find out info and getting close because there’s a modicum of idolatry in his pursuit. Set in 1984 (or written then), the book does feel a little bit anachronistic and honestly could have happened any time between the mid-sixties and the mid-eighties based on what’s going on. The narrative also take some dark turns that I didn’t expect, delving into pretty hardcore drug usage and some pornographic sexcapades that definitely border on rapiness. That said, it definitely digs into the psyche of our characters, touching on a story that could be applied to so many innocents and has-beens that is so genuinely California. That girl coming on the bus from Ohio to LA to be a movie star. That dude with the guitar strapped to his back trying to make it in rock and roll on the Sunset Strip. Most of these stories, like Ike’s, don’t end in glory. More often than not they end in tragedy, degradation and failure.

Kem Nunn isn’t a dude I’d ever heard of before reading this book, but apparently he was a writer on Deadwood (a show I could never get into) and Sons of Anarchy (a show I tried, but failed, to get int0). He was also a co-creator of a show I did actually watch (but nobody else did), John From Cincinnati. Which, of course, was about a magical surfer. His writing is decent, but there was definitely some sag and repetition in the book’s midsection. To call it “literature” might be a stretch, but it’s certainly not schlock or your typical genre fiction nonsense. That said, the last section of the book totally goes off the rails into an unnecessary jaunt into the occult. Like enough so that I had to make sure my Kindle hadn’t accidentally downloaded and grafted on some other book to the end of this coming-of-age mystery book. His dive into the occult just kind of comes out of nowhere and feels disjointed and bolted on to an otherwise decent character study (where the mystery of the mystery is always kind of just simmering in the background). But overall, it was a decent break from the typical and something I’m glad I read, but probably is the last novel in my surf noir library.