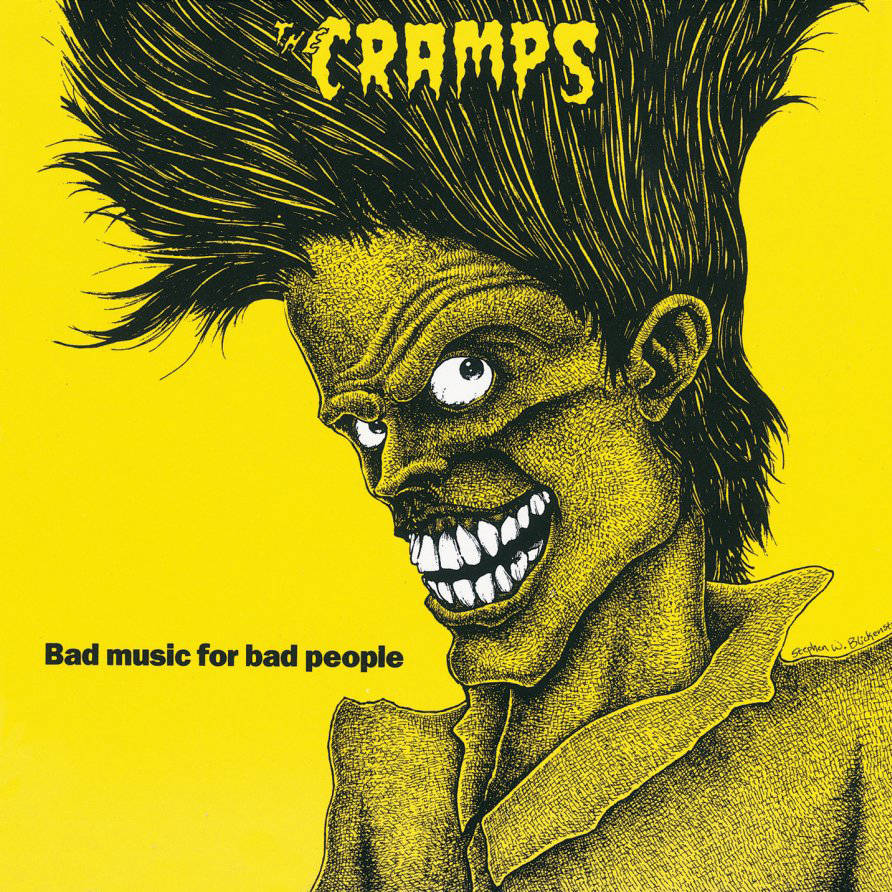 I had this tape back in junior high and I swear I just bought it because of the cover. I wanted a t-shirt of it too, but settled for a drawer full of Stussy and Op shirts instead. Truth be told I don’t think I knew what I was listening to. And, honestly, I listen to it now and still have no clue. The sound is something akin to Elvis Presley having an epileptic fit. Or The Jon Spencer Blues Explosion with less blues and little explosion. It’s a band that almost seemed invented for a David Lynch film. The lead singer, a dude named Lux Interior, sings several songs with what sounds like walnuts in his cheeks and even a couple with what sounds like a bad case of the hiccups.

I guess they call this stuff psychobilly or cow punk or something that is vaguely blues, sort of hillbilly, but with a punk attitude. To me it sounds like an adult Halloween album, kind of an extended “Monster Mash” sung by Tim Curry in his Rocky Horror Picture Show character’s voice. That all said, I remember playing the shit out of this album. There is something in its wackiness (and it is wacky) that was probably pretty appealing to a 13-year-old kid just finding his footing in terms of his musical tastes. I can’t say it hits my ear the same way all these decades later, but it’s pretty fascinating that this was actual music that sat on store shelves and in my Walkman in the lovely decade of the 80s. I don’t think I realized at the time that this 1984 album is a compilation of some earlier material, but, honestly, I don’t think I would have cared had I known. For what it’s worth, the album is pretty ridiculous and not really worth anything more than a spin for novelty’s sake. Oh, youth, back before I cared about anything more than cool cover art.