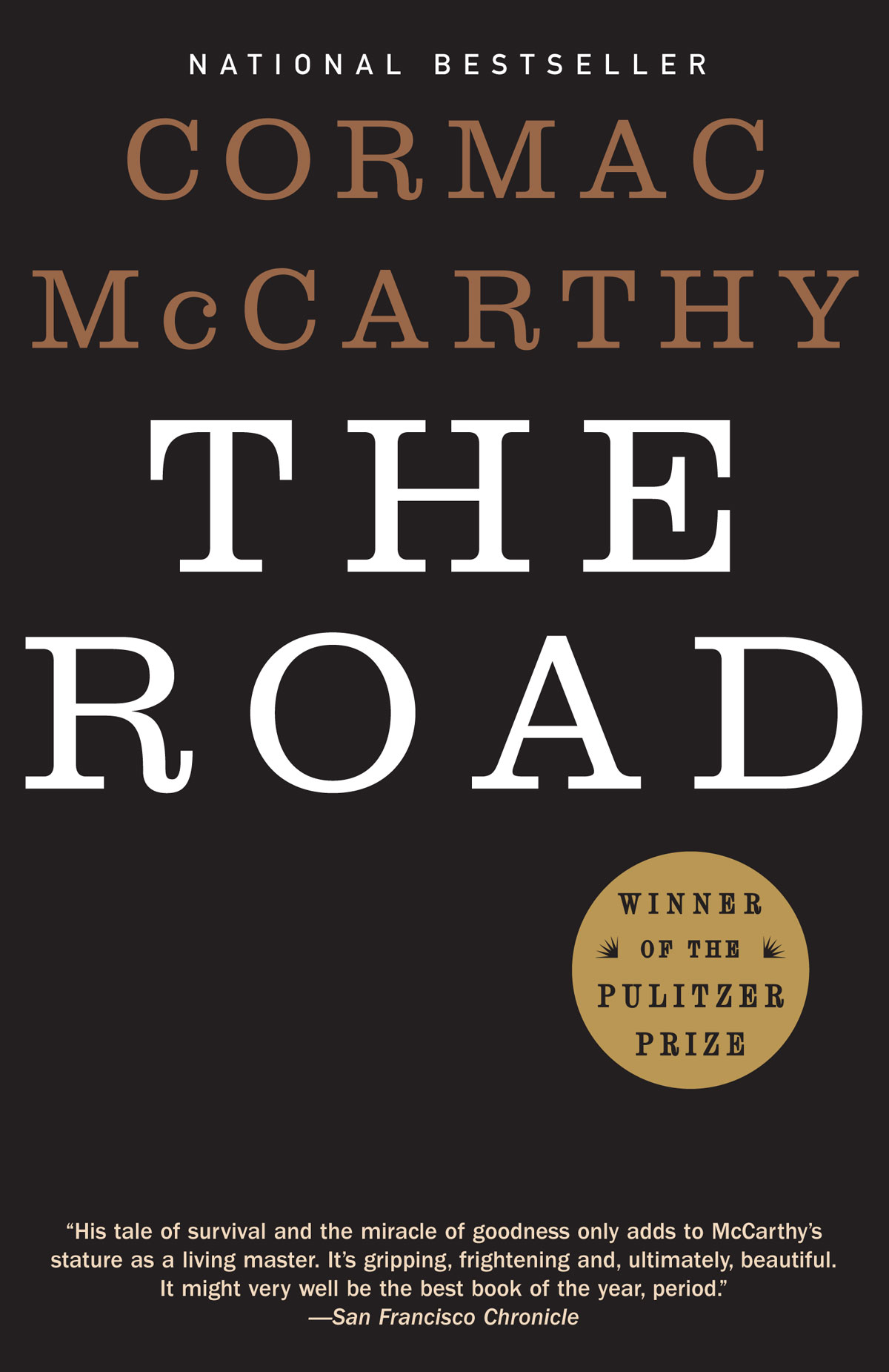 The first thing I did when I got this book was rip the Oprah Book Club sticker off the front. It’s not that I’m not 100% secure in my manliness, but there’s something about that mark that says to everyone around you “I love sappy pablum.” After reading this book, I’m honestly amazed that she would be so gung-ho about it. This is the woman who claimed to almost barf when watching a reasonably mild scene from Interview with a Vampire (like, duh, there might be blood in a vampire movie), and this book is miles more gory and disturbing that that book/movie ever was. It just doesn’t seem like her cup of tea, but I’m really more of a Montel guy anyway. The story here is basic. The world is dead. We’re never given a reason for its death, only that the world is covered in a cloud of ash, all livestock and crops are dead, and most of the world’s population. We don’t know in the context of the story when exactly this happened, or why, and if it was caused by man or a natural disaster. All we know is that our no-named protagonists are a father and son wandering the vast wasteland of the U.S.; a U.S. that is almost devoid of food and water. And, of course, when there is no food, people get desperate–desperate enough to make each other the source of said nourishment. Yet our father and son duo soldier on knowing that there really can be only one outcome to their adventures. The world isn’t going to heal itself and the bad guys (as the son calls them) aren’t all of a sudden going to grow a conscience and politely tip their caps when passing them on the road. To call this book bleak would be an understatement. It’s soul-crushing and sad and hopeless in a hopeful kind of way. Watching their struggles and what you know is a useless hike towards an abandoned coast is an exercise in futility. But that’s not really what the story is about. It’s a father’s promise to his wife and to himself to protect his son in the face of whatever comes–and to never give up. It’s not clear if his wife made the same promise, but she checks out in one of the nastiest ways imaginable. The book basically follows the two characters as they trek down the road towards some distant shore. It’s literally that simple. The end result is something akin to a well-written Stephen King book with horrifying moral and personal dilemmas rather than King’s typical good versus evil, supernatural themes. I read All the Pretty Horses a long time ago, and even read a script for Blood Meridianthat I don’t think ever got produced, and both were equally as violent and merciless. McCarthy just has an unwavering outlook on the inevitable. And the inevitable is darkness. The book is extremely readable and pretty darn short. It’s honestly difficult to put down once you start, so be sure to set aside a night or two to knock it out. Despite its brevity, it’ll stick with you for quite a while.