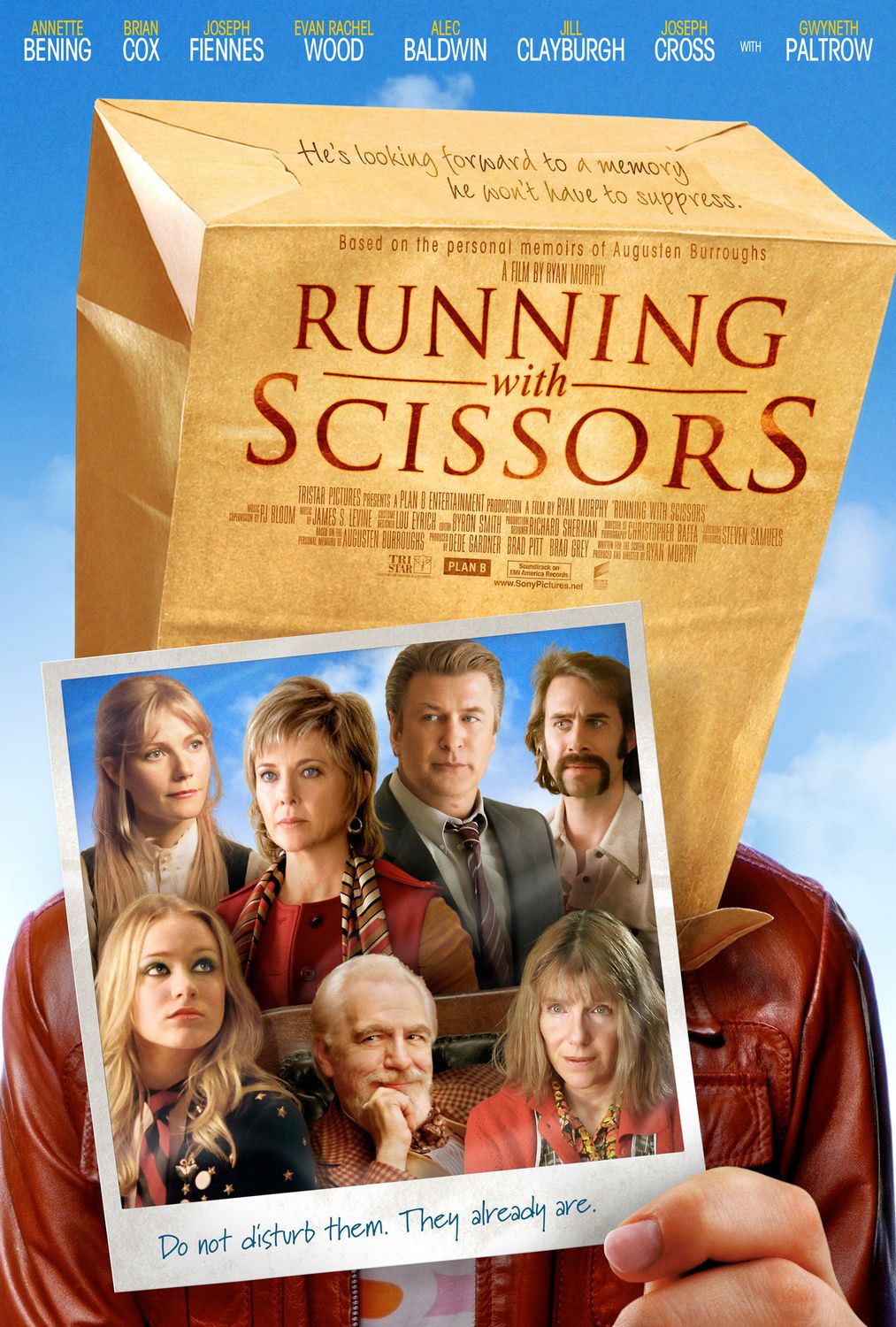 This book is a tough act to follow. Burroughs, and his absolutely insane life growing up, was a totally engrossing read. It was like The Springer Show on acid. The fact that it was true (or true-ish in my opinion) makes it even more insane. This movie tries its hardest to turn his memoir of family dysfunction into a film, and succeeds sometimes, fails other times but mostly loses some of its impact due not necessarily to its own shortcomings as a film but as the medium on which its presented.

There’s something about reading a memoir that’s akin to watching a documentary. You figure that it’s put down by the author’s own hand, but the man or woman who actually lived what you’re reading (all A Million Little Pieces aside). Similarly, a documentary film shows you exactly what is happening, and with the exception of biased editing doesn’t fictionalize its subject matter. Once the written memoir makes that transition to film, though, it’s already been bastardized by someone else’s pen, somebody else’s point of view and vision. It’s no longer from the horse’s mouth, and is even often labeled as “based on a true story” rather than a true story. That level of shock and awe is gone, replaced with the sense that you’re seeing a good story, but it’s now seen through the lens of fiction. This is a story, though, that benefits greatly from the fact it’s a true story, and in its fictionalized form loses a good deal of its impact.

The story is pretty straight-forward. Asshole semi-successful dad with a drinking problem, self-absorbed jackass of a mother have a gay son. The parents fight, separate and mom gets involved with a psychiatrist that is generous with the meds and less than above board in his treatments. The dad goes AWOL to live his own life, mom gets more and more into herself and more and more into her meds. The son starts spending more and more time at the psychiatrist’s house with his family, soon realizing that his parents tantrums and weirdness is nothing compared to the f’d up household of the psychiatrist. The mom eventually becomes so doped up and selfish that she decides to leave the son with the psychiatrist and his wife indefinitely. Wackiness ensues.

Through his time at the psychiatrist’s house Burroughs deals with his gayness (and an affair with the psychiatrist’s older estranged, adopted schizophrenic son), his desire to drop out of high school and his relationship with one of the doctor’s daughters and his surrogate mother (the doctor’s wife). The lesson here is that these people may be completely insane, but they somehow all care about him in their own special way–a feeling that isn’t shared by his actual mother and father. So despite the place being a complete nuthouse, he somehow feels more loved here than he ever did in his actual house.

It’s been a long time since I read the book, but I believe they stay relatively faithful to it–minus a bunch of details and funny scenes, of course. The acting was solid across the board, although I’ve seen this character from Annette Bening before. She is great, but I’m wondering if they couldn’t have made her even more compelling with a little more interplay between her and her son in some of the scenes where she’s bordering on a drooling idiot. And that’s why I’m not a director. I wonder, now that Burroughs has written a less-than-funny memoir just focusing on what a bastard his father was (A Wolf at the Table) if Alec Baldwin will return as the abusive, alcoholic college professor for a sequel? Somehow I think he’ll be avoiding those types of rolls in the future due to his own rather public slip-up. He does play a magnificent bastard, though.

All in all, this isn’t a horrible movie if you haven’t read the book, but after enjoying that experience this thing pales in comparison and really just blends into the woodwork.