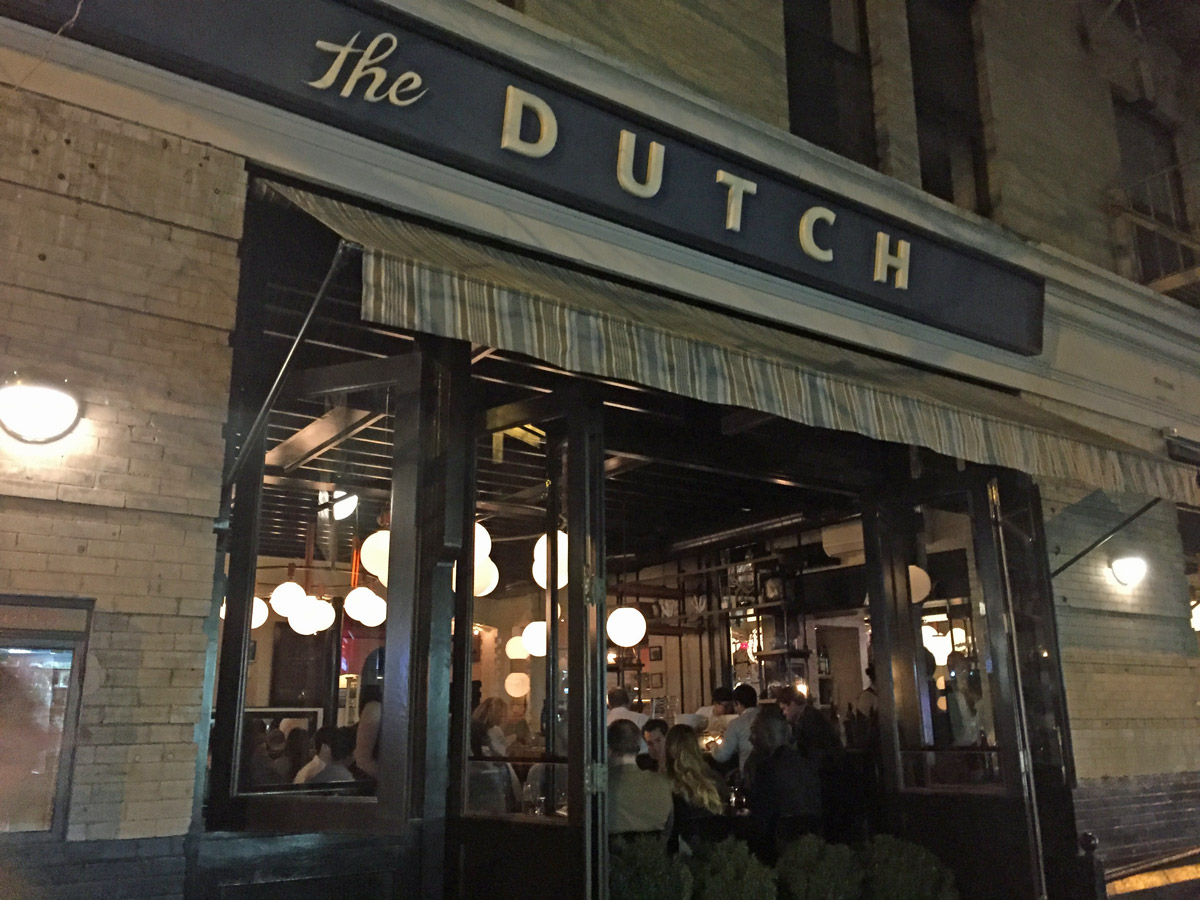 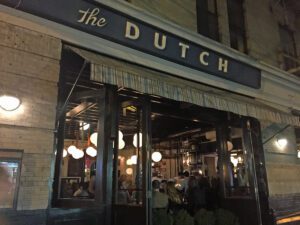 The Dutch is a joint that doesn’t try to be anything other than what it is. How’s that for a non-committal, god-awful intro to a restaurant review? So, Mr. Hipster, what the hell is it already? It’s one of those classy, but over-priced American bistros that is decorated to within an inch of its life and features a small menu filled with oysters and a classic list of American comfort food. Now, should a staple of American food, the cheeseburger, cost $23 on a lunch menu in what amounts to a casual eatery in West SoHo? When you consider that a majority of the eating public in the restaurant is charging their meals to their corporate Amex cards, I guess they can get away with it, but it is a little soul-crushing.

That said, if you do indeed have that corp card handy, this is the perfect place for what used to be the two-martini lunch, as the food on the menu is fatty and robust enough to soak up one or two of their delicious cocktail concoctions. My burger and fries, which I believe came to $32 or so (though I didn’t see the final bill), was definitely worth that person’s money, especially sitting at the bar and feeling super-old-school New York and kind of Mad Mannish for some unknown reason. Maybe it’s because I could smell the awesomeness of the rye wafting off of my meal-mate’s Old Fashioned. This just strikes me as the kind of joint I’d come to as a regular if I still had a metabolism and more of an appetite for any lunch that cost more than ten bucks. The restaurant feels like it’s been here forever and kind of institutionally viable in an old-world way, which also makes it the perfect kind of restaurant to bring your out-of-town guests to for a drop-in lunch (if you can get in). And it’ll feel familiar to them, if they, like me, have been inundated with those insane Restoration Hardware catalogs over the past couple of years, as this is the closest thing to what you’d imagine Restoration Hardware would open as their signature restaurant — if they were into that kind of thing. It’s not going to blow you away with its cuisine, but sometimes it’s okay to go for atmosphere and stay for a down-home decent meal.