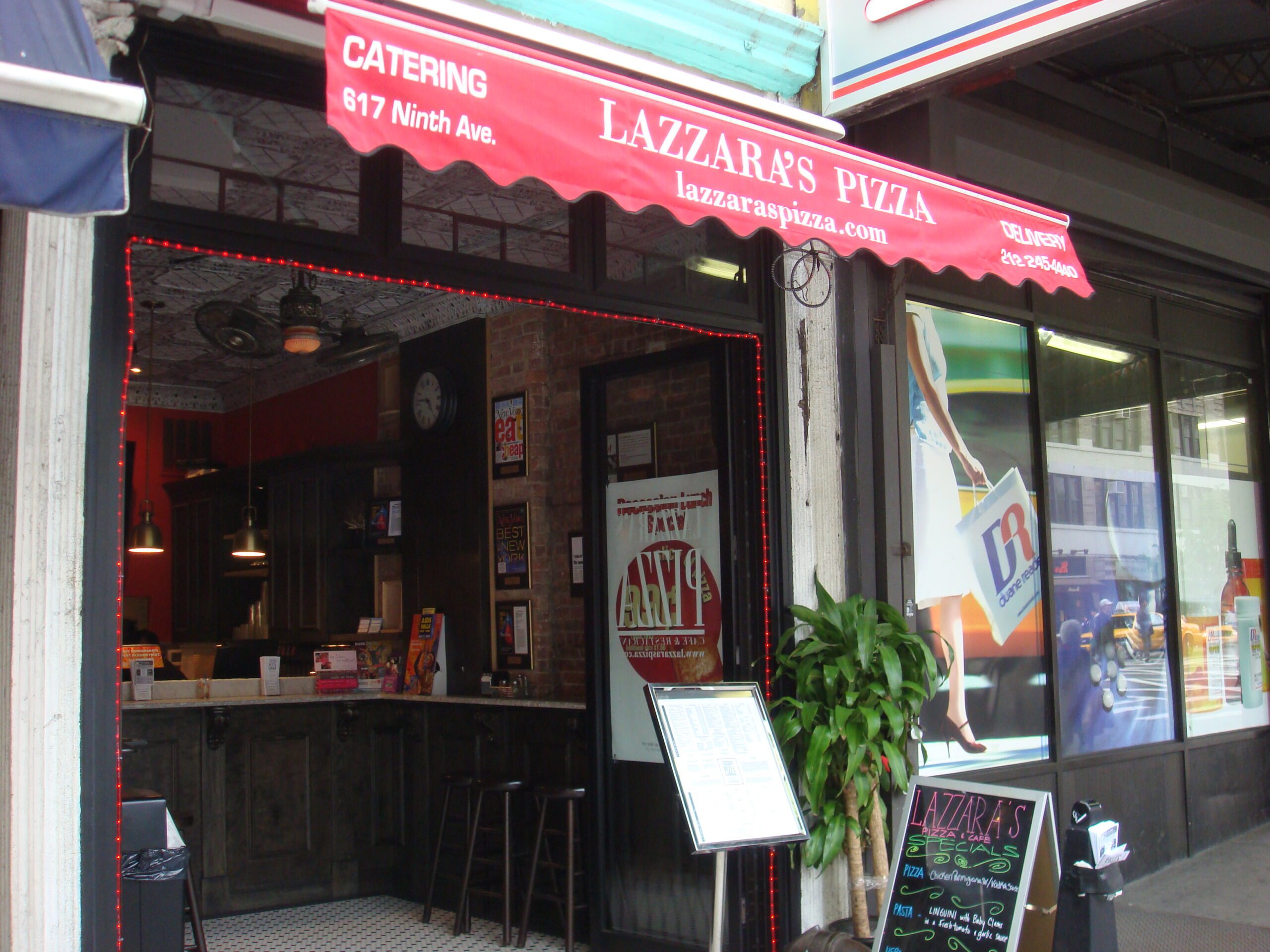 “Pizza that suffers from pizza-envy” was the first thing that came to mind when I ordered a slice at Lazarra’s, and they handed me a tiny white bag that couldn’t have weighed more than two ounces. The woman behind the counter literally floated it to me on a poof of air. I paused and may have even giggled a little bit. Rather than be insulted, or even angry, I was highly fascinated by the pseudo-prank being perpetrated upon me. Could this wafer-then piece of nothing (with pepperoni) really cost me 2.50? Cheap lunch to be sure, but at what cost? I raced back to the office and pulled the slice from the bag. It literally looked like some of the shit my four-year-old had made in his “cooking” class at his preschool. And even his teachers warn us that “the stuff is more for them to look at and feel a sense of accomplish than it is to consume.” A literally microscopic square of the most homemade (and not in a good way) pizza I’ve ever seen sat on my desk, covered in red sickle-shaped shavings that I assumed had to be my cured meat. Have you ever had zoo pizza? Well, this wasn’t that. This was exactly like the snack bar pizza I used to east in Jr. High. Granted, those were little round individual pizzas and were a ton thicker, but this too had the oddly flaky dough, the way-too-salty (and too thick) chunks of pepperoni and just about no character whatsoever. How this place stays in business (and in two locations to boot) is way beyond me. Having people laugh at your food and find it entertaining only out of a morbid sense of curiosity generally isn’t a good thing. Of course I’m the douche who invested heavily in Betamax, the Zune, HD DVD and a sunk all of my cash into developing a fansite for Windows Vista, so what the hell do I know? [MF]