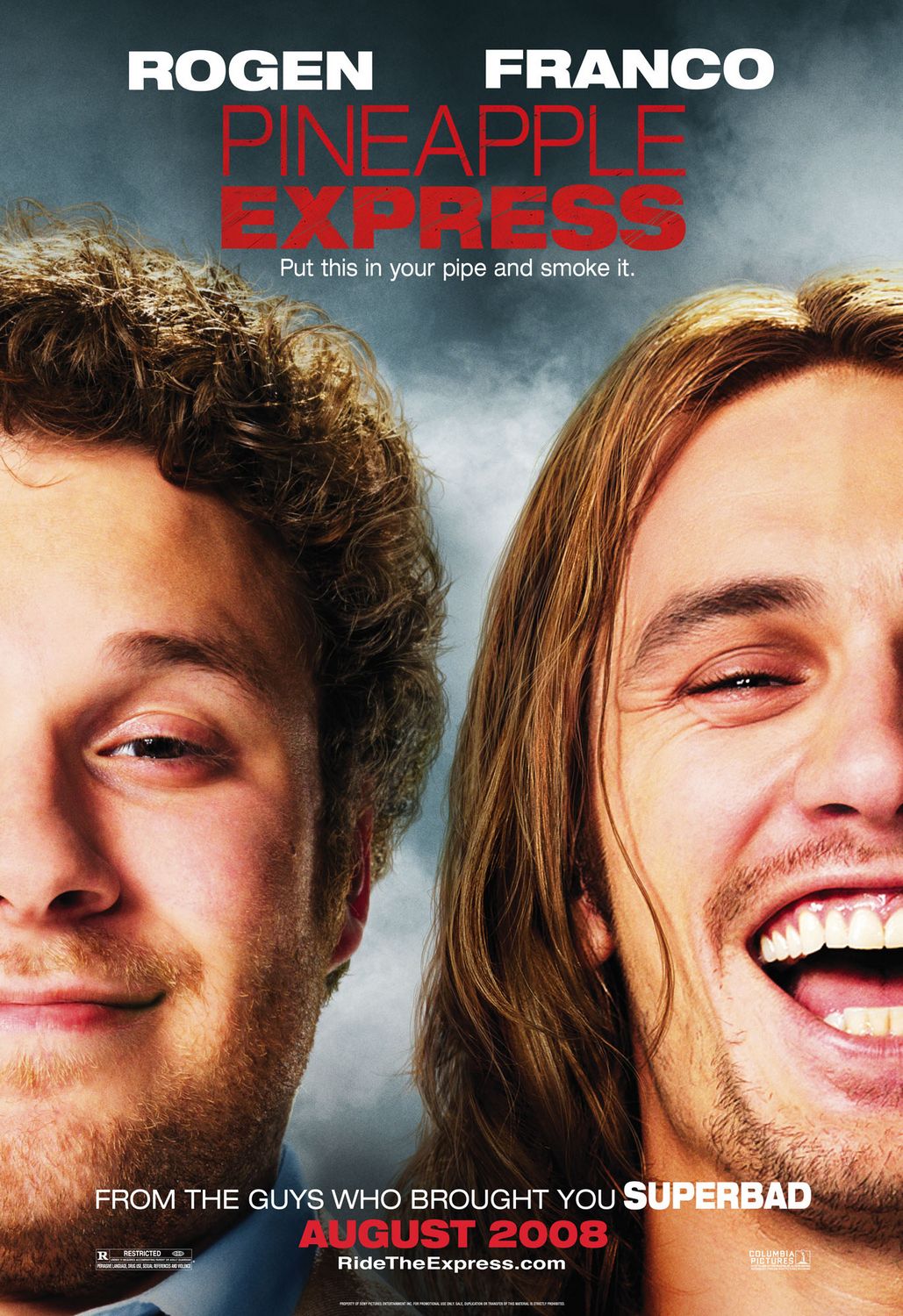 Hahaha, stoner humor is sooo funny. Funny like the whacked out naked guy wearing a top hat directing the departing traffic out of the Cal State Dominguez Hills parking lot of a Dead show on a 110 degree day. That shit ain’t funny, it’s just dumb. And, not admitting to anything, but having seen plenty of stoned people in my life, stoned people are only funny to other stoned people. To straight folks they’re just annoying.

And so goes Seth Rogen. The guy plays nothing but stoner losers, and having seen him in interviews, that character may not be much of an act. In this movie he plays not so much a stoner loser, but a stoner loser process server who’s dating a high-schooler. Nice. The man loves the weed, and the writers assume you do too. Perhaps I’m not the target audience here, but weed can really only be funny for so long—so commence with the shooting. Seriously, this thing turns from Bill & Ted’s into a Schwarzenegger movie quicker than you can imagine.

One minute we’re watching the wacky adventures of Rogan and a very convincing James Franco (playing the lonely drug dealer) as they run from the local drug kingpin, Gary Cole, and the next they’re raiding a drug lab and blowing shit up like a couple of renegade ‘Nam vets. Thin writing drawing to its logical conclusion. There’s also the mullet dude from Eastbound & Down, who is actually one of the only funny things in the whole movie.

I probably would have enjoyed this movie circa 1989, but now that I’m all grown, and a good twenty years from the height of my, uh, state of stoniness, I could leave it alone.