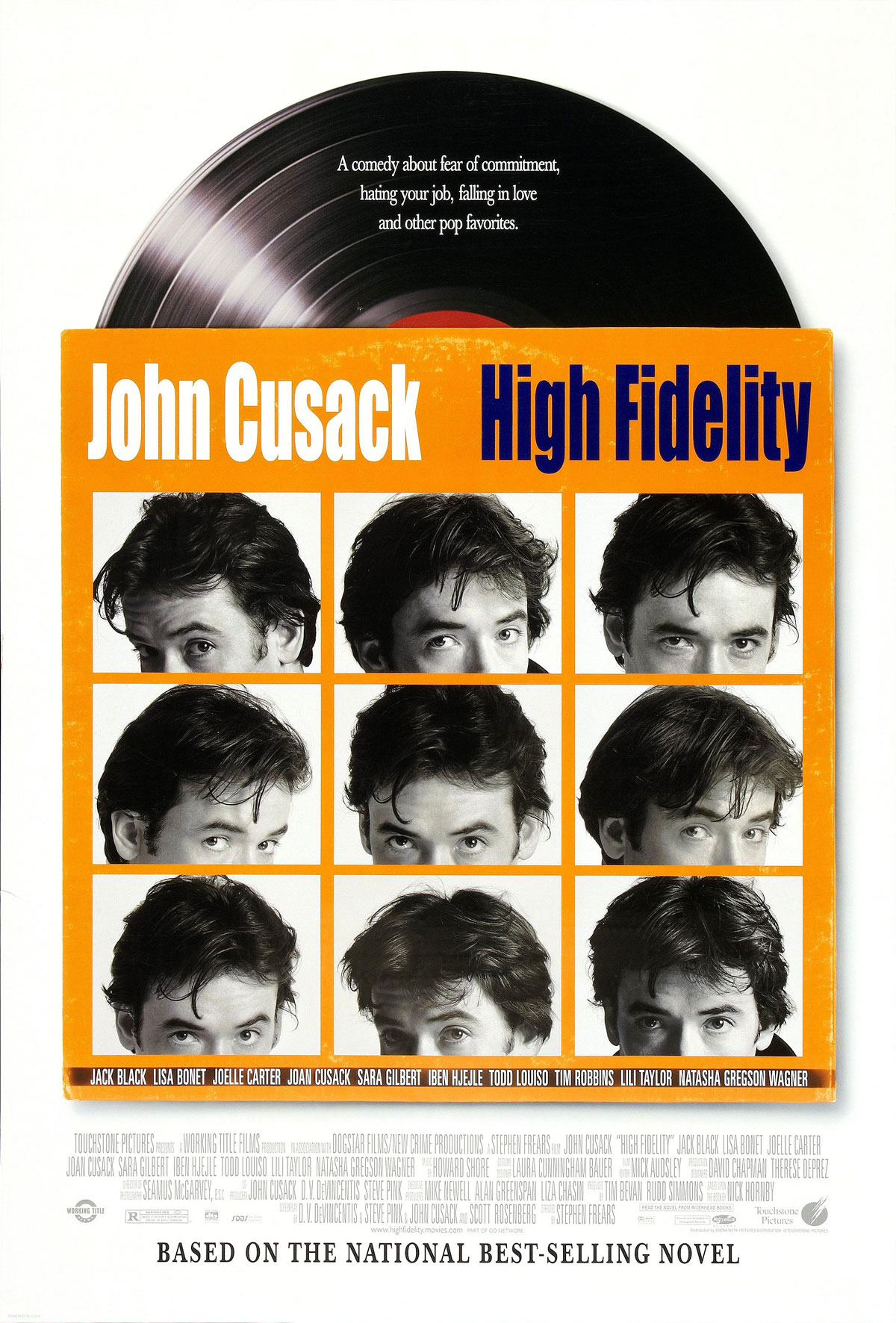 Taken from one of the best “guy” books of the 90’s, High Fidelity had all the earmarks of a great film. First, you got your pathetic protagonist, who can’t seem to get his life on track, despite his best intentions. Second, you have love, sex and great pop music. Anyway, the book by Nick Hornby was an instant classic, and a book that has you chuckling to yourself as the main character, Rob, fumbles his way through myriad bad relationships, changes in musical genres and unsuccessful attempts to become a grown up. One thing that the book has is that great dry, British sense of humor that doesn’t really translate to Americans. It’s one of those things that you either like, or you don’t. When I heard they were going to be moving the location of the film’s epicenter from London to Chicago, I was very disappointed. I thought, and still think, the story needed to be in its original home to really shine. Then I heard they were casting John Cusack. They brought me back somewhat with that choice. Cusack plays the perfect lovable loser, and is quite believable as Rob, the vintage record storeowner, part-time DJ and luckless lover.

I was very interested to see how the director Stephen Frears (The Grifters, Dangerous Liaisons) would bring the somewhat unorthodox book to the screen. He did an admirable job, but a lot of the biting sarcasm of the book was lost, as well as the ridiculous lists that Rob makes throughout the text. In order to combat the loss, Frears depends on Rob’s record store cohorts, Dick and Barry, to provide the comic relief. They do a great job as Rob’s slacker friends that really loiter in his shop, rather than work there. Jack Black is completely over the top as Rob’s talentless friend who keeps saying he’s going to start a band, despite the fact he can’t play any instruments, and has no discernible plan or motivation to be anything more than a total record snob. The only person I thought could have been cast differently was Rob’s girlfriend, Laura. Her Icelandic (?) accent kind of threw me, and didn’t allow me to truly feel in tune with her character. I honestly think that if they had gotten a different actress for this part, I would have liked the movie a lot better. She didn’t seem to exude any kind of warmth, and didn’t really match well with Cusack’s character.

The interesting part about Cusack’s character is that he is really a jerk in many ways. He has serious commitment issues, he cheats, he’s hard to get along with, he’s irritable, he’s scattered and he’s apparently dated and slept with everyone in Chicago. Despite all his shortcomings, you find yourself wanting him to be happy. Hollywood features many movies with flawed characters, but Rob is realistically flawed, and not unlike a lot of guys that exist in every city. We do get a taste of what’s going on in Rob’s head through frequent first-person confessions aimed directly into the camera, and the wonderfully eclectic soundtrack. Frears also avoids the typical Hollywood ending by undercutting what seems like your typical ending with some sense of doubt. Anyway, writing this, I’m realizing I liked the film more than I originally thought. I’m bumping it up half a star, damnit!