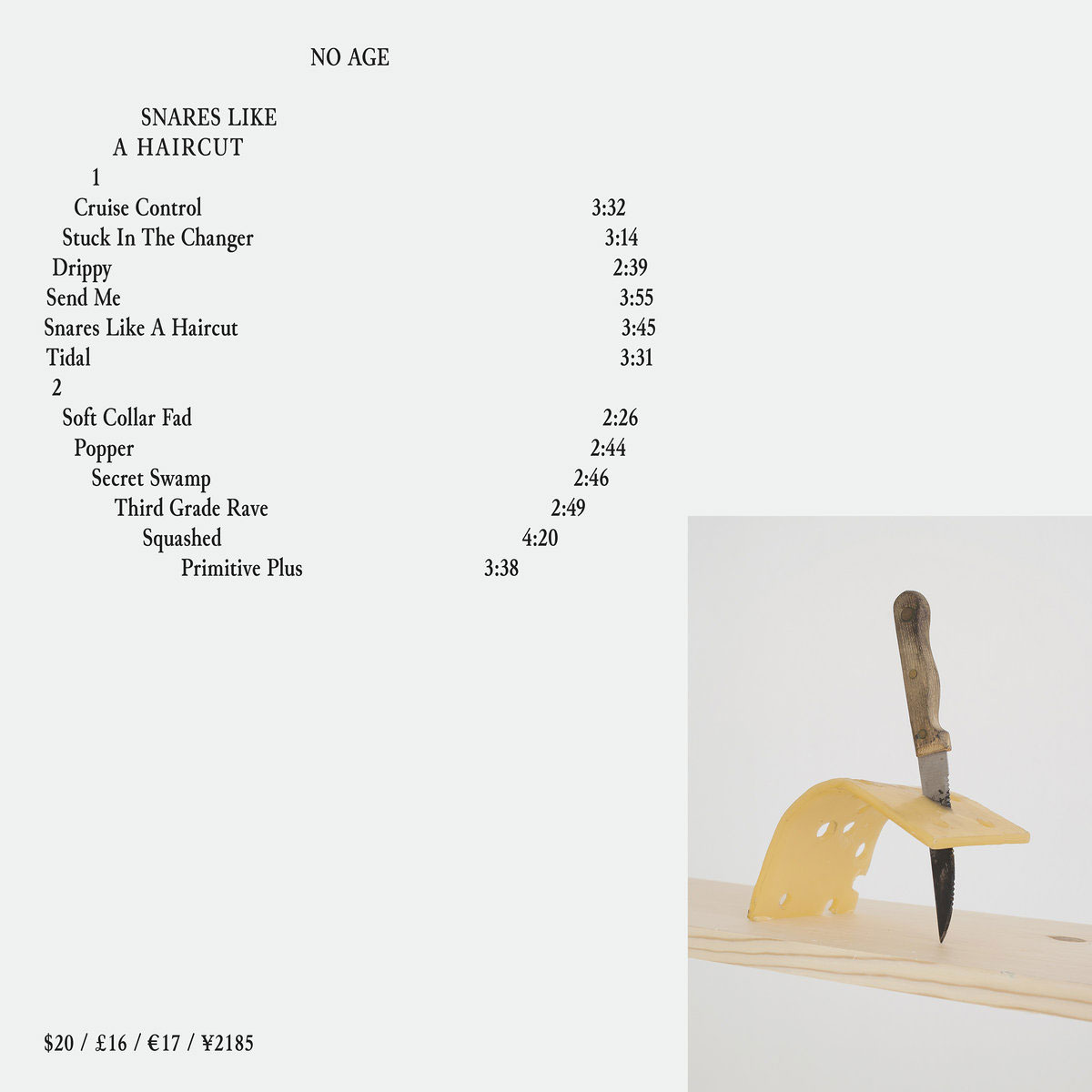 I’ve been less than kind in my past mentions of No Age. I’ve blamed them for the drowned-in-fuzz aesthetic that came about in the late aughts that kind of swamped all well-reviewed rock music. And, don’t get me wrong, I’m not anti-lo-fi, or even anti-noise rock for that matter, but the obfuscation of music was a choice I felt was wrong-headed. Why write great songs and then layer in distortion that completely destroys its listenability? Maybe others could hear through all the static, but I couldn’t separate the channels.

With Snares Like a Haircut, they’ve at least dialed that back a bit. It’s certainly still there, but one can actually hear chord changes, drums and the singing! And I swear, if you listen hard enough, you can even discern a melody on a few of the tracks. I’m not going to go out and call this album traditional by any stretch, but they’re certainly moving more towards some traditional indie rock sounds a la Wavves or Cloud Nothings. That doesn’t account for things like the titular track, “Snares Like a Haircut,” which amounts to a 3:45 instrumental track of industrial tapping sounds. I mean, why do this to us? Like smack dab at track 5, after what is a decently strong start? It just feels like a little bit of a fuck you, but I suppose that’s why art punk may not necessarily always be for me.

I’ve really tried with this one. I’ve given a few listens all the way through and each time it starts off relatively strong, with a pretty straight forward noise rock tune, “Cruise Control,” which sounds suspiciously like INXS’ “Don’t Change” to me, but not really. That is to say it has some melody and some structure to it that feels good on my ears. It carries along in this way, putting together something that one would recognize if they ever listened to a Japandroids album or something of its ilk. You know, all anthemic and sloppy two-man pummeling, but with a couple jarring breaks thrown in there for good measure. After the aforementioned sucky instrumental track five, they settle into a decent groove for the second half, even doing their version of The Ramones on a track like “Popper.” Sure there are some more sidetracks in there, but for the most part it plays it pretty straight.

I’m starting to a feel a little more settled with this thing. Though I’m still a bit on the fence about the production. It’s not as bothersome as some of their earlier stuff, but the tape warbles and oppressive fuzz wears on your nerves after a while. I generally dislike super-clean production, but I feel like there’s some spot in between where they are and where they should be that could add some life to the music and get me out of the mind that they are purposely covering up something they don’t want us to hear. Or intentionally being obtuse to avoid baring their souls.