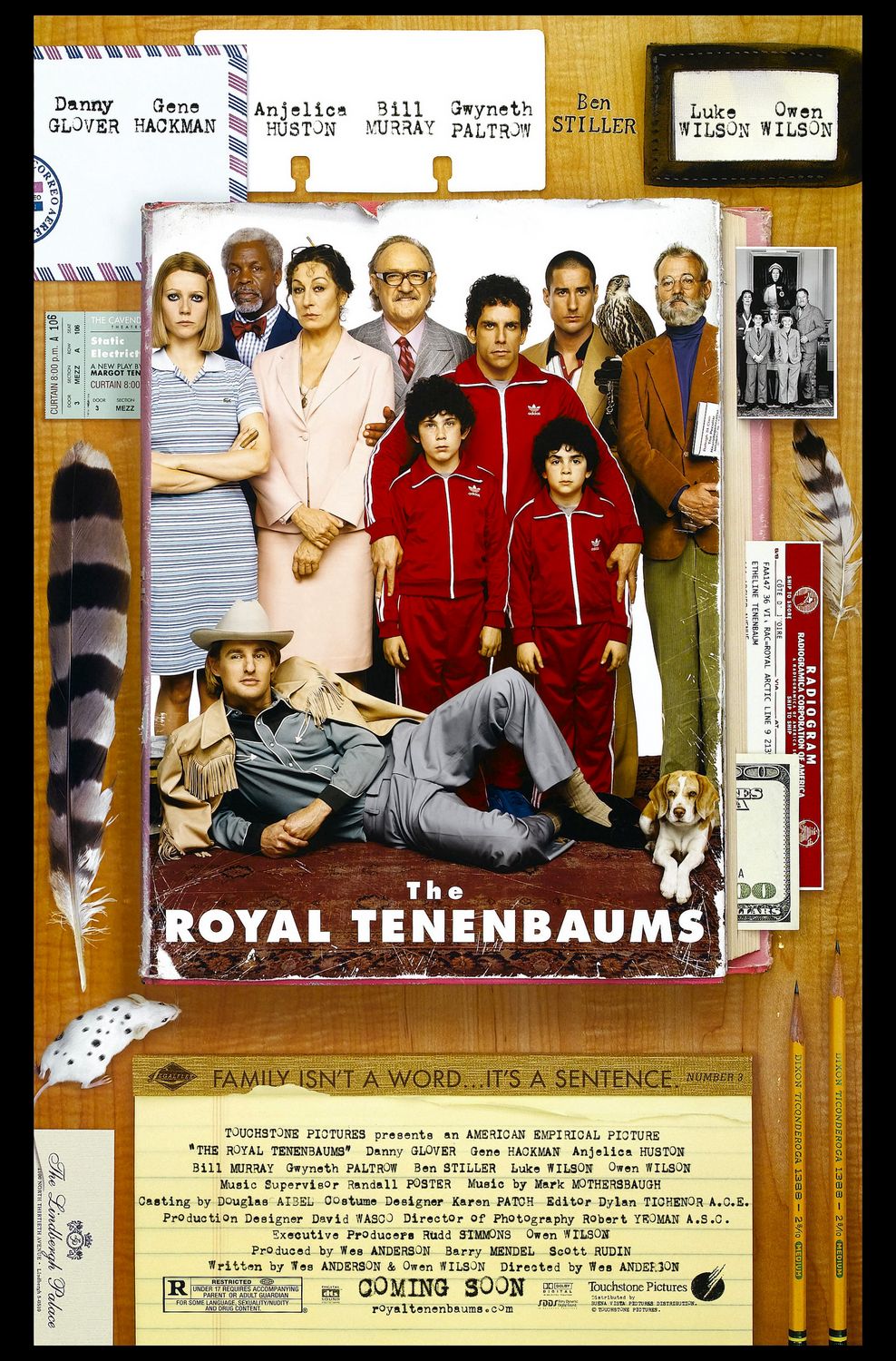 I’m a sucker for Wes Anderson. I love quirky movies filled with bizarre, angst ridden people. Owen Wilson makes me laugh just looking at his crooked face. It’s just so nice to see films that can be goofy without treating the audience like a bunch of idiots. It seems as though filmmakers can’t make comedies these days without fart jokes and dudes getting hit in the crotch. Anderson makes films that are somehow depressing, sharp and life affirming all at the same time. His cast of characters features unfeeling zombies, malcontents, egomaniacs, scoundrels and always at least a couple truly good souls.

I didn’t even notice until three quarters of the way through the movie that I had been smiling the entire time. Every character is a perfect microcosm of something unique and interesting. Every character is bursting with personality and life. Gene Hackman as Royal Tenenbaum comes very close to stealing the show as the displaced patriarch coming back to claim his twisted family. His performance, in my humble opinion, is completely Oscar worthy, but probably won’t be included, as the Academy frowns on comedies. He just plays it perfectly. You manage to love him and feel sorry for him despite his “I’m dying, so take me in” scam he perpetrates on his family. His character is amazing, at once both a genius, disbarred lawyer and illegal pit bull fight gambler. While all his children are either bitter or almost catatonic, he seems to glide through life, not reliving the past, but living for the day. Eeek, sorry.

Somehow the kids turn out to be geniuses, but complete screw-ups. (All the family members also manage to wear the same outfits the entire movie.) Luke Wilson plays “The Baumer,” an Ivan Lendel look-a-like who has a complete mental breakdown right in the middle of a tournament, in what has to be one of the funniest scenes I’ve seen in years. Ben Stiller plays Chas, who was a financial genius but fell apart after his wife died in a plane crash. He has become completely obsessed with the safety of his twin sons, drilling them on emergency escape routes out of their apartment, and dressing them in Adidas track suits identical to his (presumably because they’ll make them faster running out of a burning building.) Gweneth Paltrow is the adopted daughter (a fact Royal points out whenever introducing her to anyone) Margot, whose mood is always blacker than black. She ran away when she was a child to find her birthparents and subsequently lost her pinky in an axe accident.

As all their lives spiral down the drain, they all move back in with their independent, somewhat out-to-lunch mother Ethel, played by Angelica Huston. Owen Wilson plays their old neighbor, who is now a drug-addicted author who never reconciled his love for Margot. Unfortunately, Margot’s brother is also in love with her. So is her scientist husband Raleigh St. Clair (played by Bill Murray). The rest of the movie is a study in dysfunction — and man is it fun to watch. While there isn’t the intricate plot, or the twist ending, there is a nice arc and enough hysterical character interaction to make it the funny, feel good film of the year.