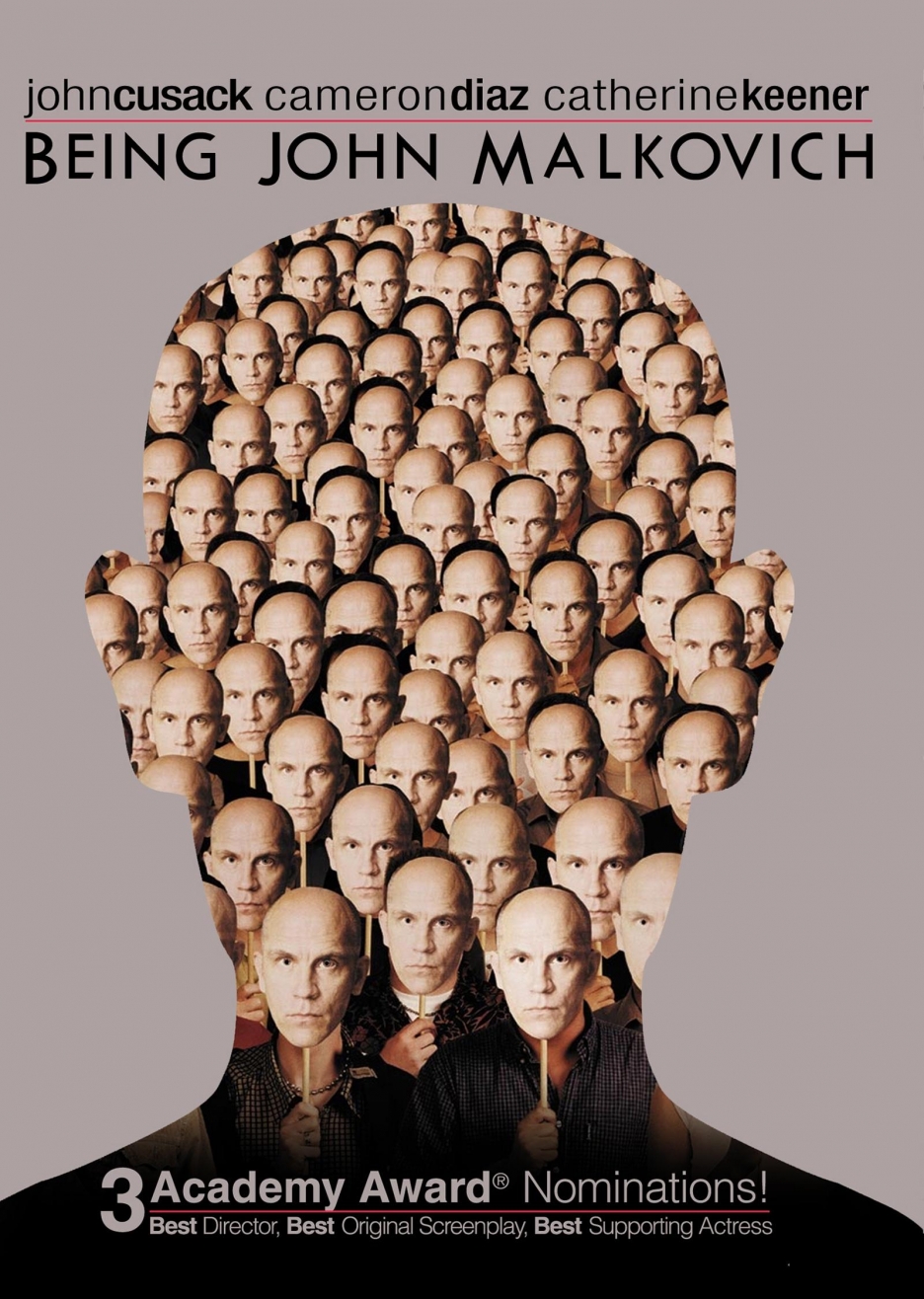 Now that’s original! How do you think the pitch went when the crazy creators behind this film walked into some bigwig’s office? Uh, we got this film about this loser Craig Schwartz (John Cusack) who becomes less of a loser after he finds a door that allows people to be John Malkovich for fifteen minutes. He then discovers both he and his wife Lotte (Cameron Diaz) enjoy being John more than they enjoy being themselves — especially when they discover the colder-than-ice Maxine (Katherine Keener), for whom they’ve both fallen, only likes them when they are being John Malkovich. I would have kicked their asses right out of my office and told them to try back when they got off the weed. Luckily someone let them stay, got the amazing video director/actor Spike Jonze to direct and convinced John Cusack and Cameron Diaz to play a couple of supreme geeks, bad hair and all.

The concept is just so cool, as I, like many others, have asked myself, while watching Malkovich in any number of films, “What the hell is going on inside this guy’s head?” The funniest part of the film is the fact that Malkovich is portrayed as being a normal, mundane guy, who is actually boringly sane. It’s everyone else who is crazy — a nice twist on what we would expect when seeing Malkovich’s private life and hearing his thoughts. Also great is Catherine Keener, who I first saw in Living in Oblivion, playing the part as if it was written specifically for her. The whole idea that Cusack plays a puppeteer is just plain creepy, but ties in brilliantly later in the film with one of the funniest dance sequences in modern film history. Oh, did I mention this is a really messed up, funny as hell movie? I guess I did.