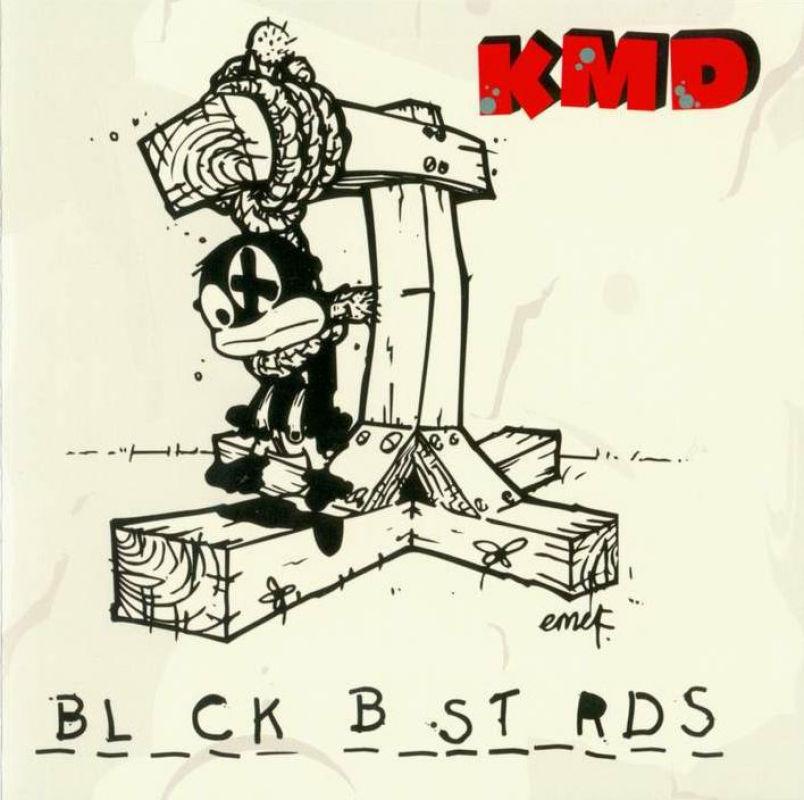 The content, along with the cartoon of a black caricature being hanged on the cover (see left) got KMD dropped by their label prior to this album’s release. Thusly, I had no idea this thing even came out until years later (and their K.M.D. sophomore album was one hip-hop act that I looked forward to hearing). And this is the guy (Zevlove X) who stole the show on 3rd Bass‘ “Gasface.” And they start off with a song, “Get-U-Now” that has tons of cussing, gunplay and the n-word. It’s as if someone took the old K.M.D. and turned out the lights. This stuff is way angry. The second track? “What a Nigga Know?” The whole thing has a very nihilistic feel to it–a kind of fuck it attitude. I have a feeling a lot of that comes from Zevlove X dipping a little too much into the “Sweet Premium Wine” and “Smokin’ That Shit.” Seriously, I’m not sure what the hell happened to these guys between the first and second albums, but it must have been something really heavy (and full of alcohol and thc). If it weren’t for the guys’ voices, you wouldn’t even know this was the same group. Granted, it’s not a terrible album, and points more towards Zevlove X’s metamorphosis into MF Doom, but it is a little disturbing.