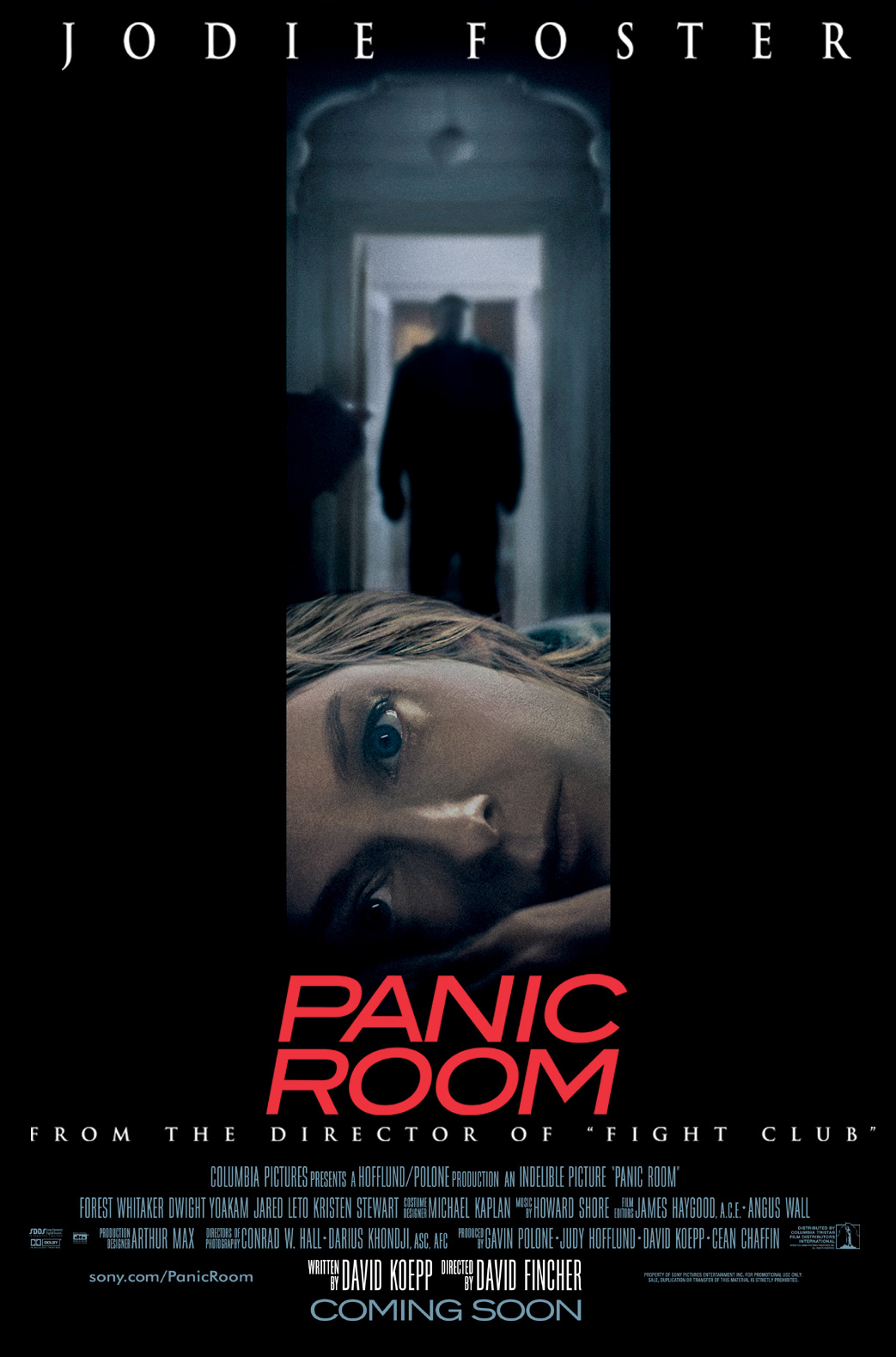 Normally I would rip a movie like this to shreds. You know exactly what’s going to happen the minute the film starts. Meg Altman (Jodie Foster) and her daughter, Sarah (Kristen Stewart), move into a huge, creepy Manhattan apartment after Meg divorces her very wealthy husband. While Meg is being shown the house by her pushy real estate agent (stereotypical, but true), Sarah rides up and down in the elevator (which comes into play). Of course, the last thing she is shown is the panic room — a secure room built by the paranoid former owner to protect himself, presumably, from marauding bad guys. They buy the place, and no sooner than they move in do the marauding bad guys come to rob her. Actually they’re coming for something that was already inside the house. A very unsubtle line is delivered while they are originally touring the house that lets us know exactly what it is the robbers are looking for, and gives us a good idea who one of them is. As expected, the thing the bad dudes are looking for is in the very room Meg and Sarah need to go in order to be safe from them. And, again, we know from minute one that the panic room is going to come into play. My god, this is predictable as hell.

The rest of the film is basically spent watching these bumbling thieves try to get in the room, or get the two women out. Sounds great, doesn’t it? Well, this is a David Fincher film, and this guy is always full of surprises. So, we know the plot, we know what’s going to happen (hint: nobody ever kills Jody Foster) and we pretty much know how this thing is going to end. What’s left? Action and camera tricks. Seriously, this is a little less than two hours of green-tinted, slow motioned, camera-swooping fun. Things burn and explode. The camera moves through solid objects and keeps our attention glued to the screen. I didn’t think I’d ever watch a film this predictable without exhaling sarcastically at least once or twice.

What can I say, Fincher’s a master. The guy also loves to fuck with Jared Leto. In Fight Club he got his face smashed in by Brad Pitt, and spent the rest of the film disgustingly disfigured. He also takes the brunt of the abuse in this film, and manages to get scarred once again. Even the script here is nothing special, with a couple ha-ha movie lines a la Ghostbusters “Ray, when someone asks you if you’re a god, you say YES!” You know, something blows up and one of the very unscary robbers says something that makes an otherwise scary situation kinda silly. Yoakam is the only dude who’s even remotely intimidating — until he removes his mask, that is. He then looks like an older version of Larry from The Three Stooges.

Anyway, Fincher builds up the tension until we hit the obviously violent finale. Maybe it’s just me, but there is a scene right near the end involving Yoakam that is suspiciously similar to Jack Nicholson’s final moments in The Shining. Do I smell an homage? Maybe it’s just me. If you like suspense and stuff, go check this out. If you’re more of The Wedding Singer type, then I suggest you go see that new Christina Applegate movie.