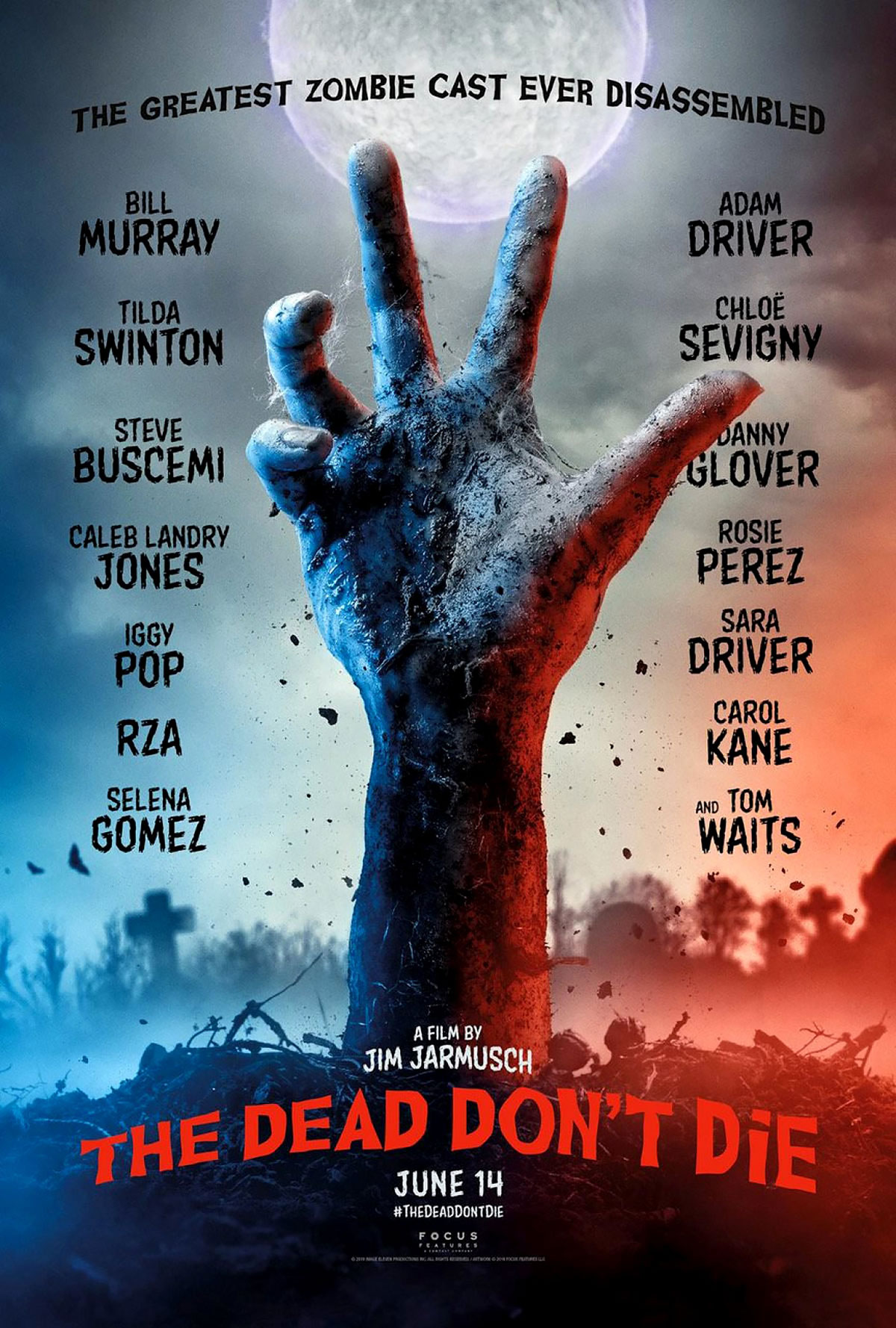 Jim Jarmusch is one of those directors I think I’m supposed to like. He’s like a slightly less weird David Lynch with Kicking and Screaming energy. Or maybe Slacker-era Linklater. But with what, in this case, appears to be intentionally stupid dialogue. Like John Waters-with-a-head-injury-level script writing. Seriously, I don’t understand what anyone in this movie is doing. The writing. The acting. The cinematography. All of it. Terrible.

So all I can assume is that this is all purposeful. I’m admittedly a little slow on the uptake with underlying meanings in movies, but this one is pretty straight-forward. This town, Centerville, represents “America.” Things are getting weird in this average town because Arctic fracking is throwing the globe off its axis. Der. So for some unknown reason, said weirdness causes zombies. Zombies who walk around moaning brand names and other things they valued in life. Again, der. Everyone seems relatively unfazed by the zombies. Kind of. Or at least less fazed than non-brain-dead Americans would or should be. *Sigh*

The thing that doesn’t make sense is the awful dialogue. The script is written like a middle-school play and the actors perform it in oddball deadpan. Especially our three lead cops; Bill Murray, Adam Driver and Chloë Sevigny. Maybe it’s supposed to be evocative of something? Or Jarmusch thinks it’s funny? Whatever the case, it’s a conscious choice. And definitely not one I enjoy. Honestly, I didn’t crack a smile once during this “comedy.” Maybe comedy means something else in his world. Maybe I’ve lost my sense of humor. Maybe I thought this would be more Shaun of the Dead and less Serial Mom (which was not great, but certainly funnier than this).

The only person who didn’t seem to understand what movie she was in was Selena Gomez. She actually has a personality that doesn’t seem to come from some Internet personality movie generator. Which is also where the plot seemed to come from. It’s a bunch of little scenes stuck together as our cops wander around and talk slowly and flatly to each other. It just has no cohesion or interest in itself. Like Jarmusch thought he’d make a zombie spoof, but then got bored with it in practice. He introduces us to a bunch of characters and then just kind of unceremoniously murders them. Sometimes confusingly.

I guess, in the end, there are just going to be movies I don’t get and don’t like. I seem to recall liking Jarmusch’s Ghost Dog back in the day, but it was definitely a challenging watch. This, though. This movie is something that I feel like was made to troll us. To call into question why people waste their time watching zombie movies. Frankly, sometimes I wonder the same.