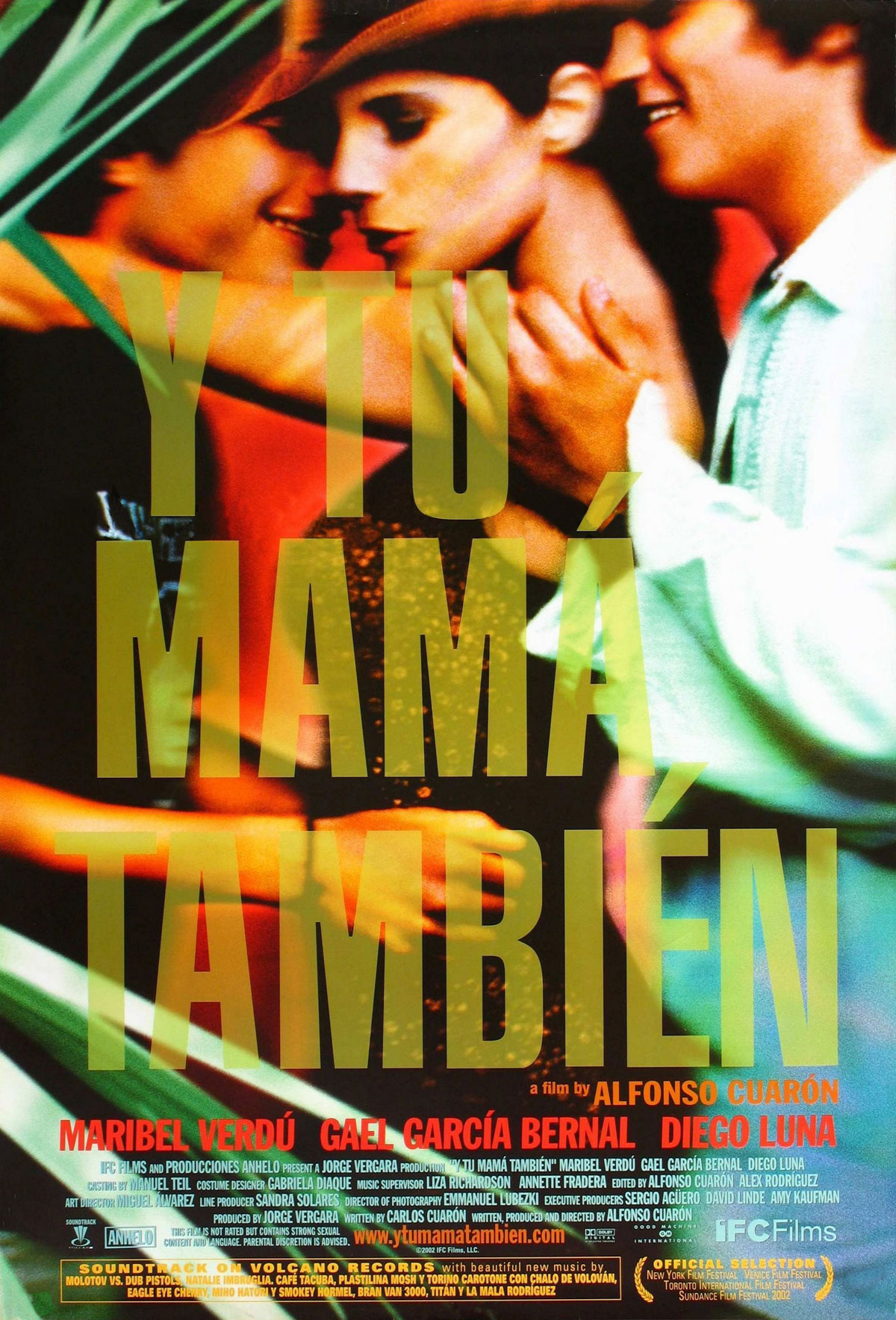 And your mother too! I guess that’s some sort of fancy Mexican insult. I was always a fan of ‘¡la tuya!,’ but more often than not people didn’t realize I was speaking Spanish and just thought I had a speech impediment or a bad case of head trauma. I make light, of course, because this film is so goddamn depressing. I literally couldn’t look at my DVD player for a week. I don’t know if it was the lingering sadness or the reasonably graphic sex scenes in the film (that are about as sexy as slowly suffocating puppies in a locked car in summertime) that did it, but…

Raw male lust is actually quite ugly when you’re faced with it on a realistic level. There’s no young, studly gardener sweeping the older woman off her feet into the throws of orgasmic pleasure. There’s no swelling music and gauzy canopies. We don’t even get the table sweep and mad grappling. What we do see is a desperate woman and two boys who, for all of their experience, are amazingly inept at the things that are thought to make a man a man.

I feel like this movie has been made several times before, but as a teenage sex romp comedy that were so popular in the 80s. Imagine Weird Science with a death obsession and full-frontal male nudity. The plot goes off in several directions as our narrator somberly introduces sorrow at every turn. He breaks into the visual narrative in several places, via voiceover, to tell us about some completely unconnected death, leaving a shroud of gloom over all of the proceedings.

Mixing several film genres (road trip, coming-of-age, buddy, last hoorah), the thing feels a little too mundane for its own good. Despite my hatred of talky Linklater movies, I think this script could have used just a tad more talking, and a little less dead air and pretty pictures–oh, and that whole male nudity thing.

This DVD honestly sat unwatched for quite a while, as reading is always such a challenge after a long day at work. It was long enough that I had forgotten the twist at the end (if I had ever known it), and was actually way off base with my assumptions. I blame it on crappy translation. The lead actress’ breast implants didn’t exactly help me concentrate. I found myself asking myself every three minutes or so whether she was actually pretty or not. I also found myself wondering when the boys would mention her fake boobs. It never happened. You can see I totally didn’t get the message behind the film. Quite honestly I’m not sure exactly what the filmmaker was trying to get across, other than the fact that moody, pathetic characters getting naked and driving the Mexican countryside is apparently all the rage.