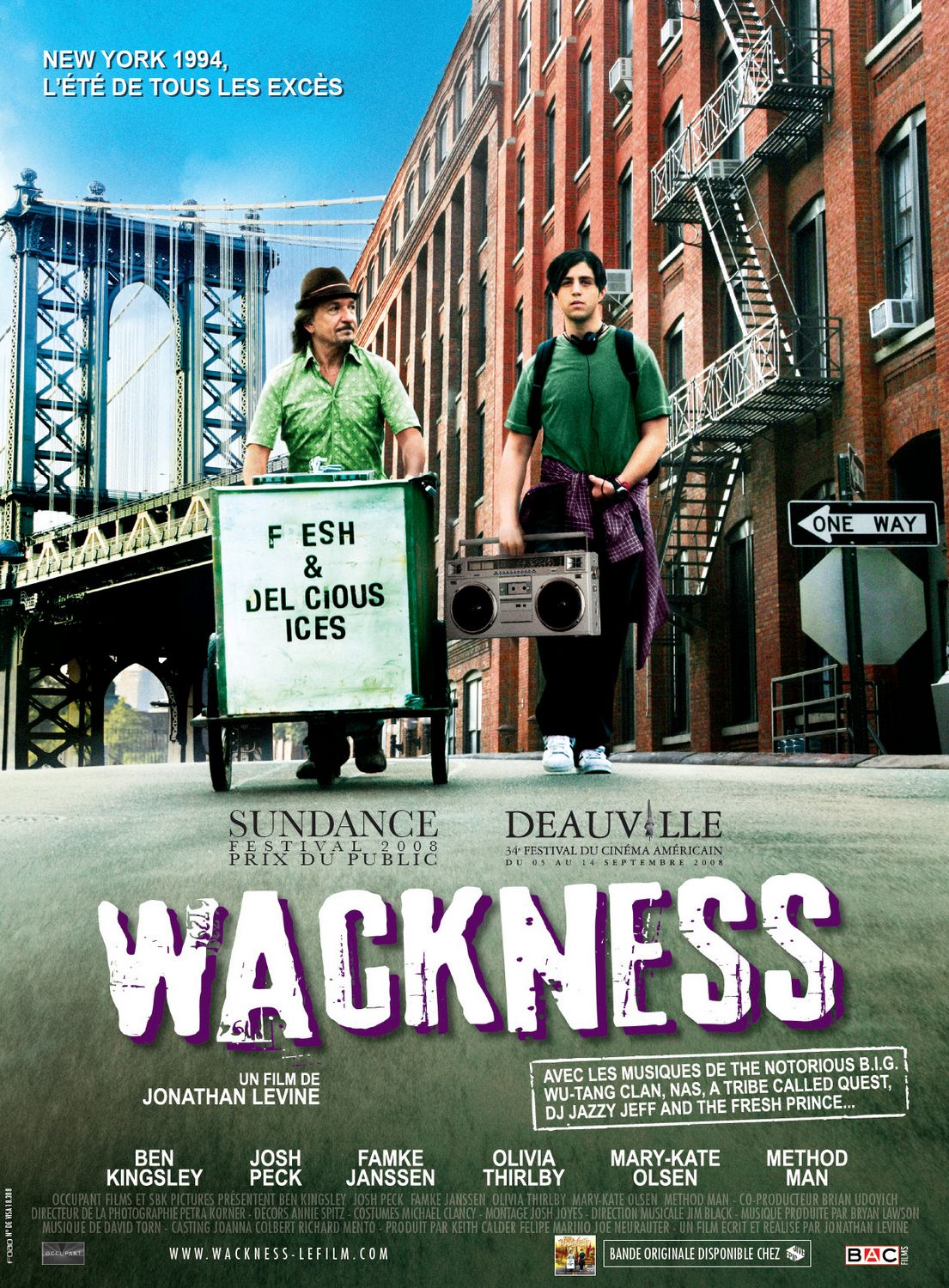 I had every intention of having this on in the background as I surfed and/or paid bills online. It was yet another film meant for those way younger than myself, and probably included all sorts of texting and LOLs and other stuff the kids probably aren’t still doing these days. It turns out the film is actually set right in my wheelhouse–the summer of 1994. There WAS no texting, no real Internet to speak of and certainly no f’ing Lady GaGa. There was, however, old skool (which at the time was new school) hip-hop. And that, in and of itself, caught my attention. If this was really a movie meant for the younger set, they’d be confused by Biz Markie, Craig Mack and KRS-One. Shit, this was meant for me!

Granted, the kids in the film were graduating high school right when I was graduating college, but is there really that much difference between a 17 and 21 year-old besides the ability to drink legally? Our main kid is a nice Jewish kid from Manhattan, Luke Shapiro, who happens to deal pot and have some family troubles. It turns out he’s also not so popular at school–except with students looking to score. His home life isn’t much better, as his dad has apparently gambled away the family’s money on some scheme and mom is an ineffectual enabler who isn’t so motherly. Our protagonist is kind of on his own. Enter wacky psychiatrist, Dr. Squires (Ben Kingsley), who happens to also be a weed client. In Squires our character has found both a friend and father figure. He is only mildly less toxic than his own father, as he spills patient secrets, cheats on his wife with young women and is generally insane. What he does teach our protagonist is that there are some things worth pursuing and caring about. The issue is that the thing he wants to pursue is the psychiatrist’s stepdaughter, Stephanie, who happens to be in his class at school. The two are clearly in a different stratosphere socially, but somehow the couple works–despite Luke always seeing the “wackness” and Stephanie always seeing the “dopeness” in things.

There is some complicated psychology at play here as Shapiro intertwines his life with Dr. Squires’ and carries on a mentor/student relationship with him while romancing his daughter. Awkward! Eventually Squires levels with him, dropping the knowledge on him that he’s more serious about the girl than she is about him. This turns out to be true. And through his experience with her he learns to see the dopeness in even a bad situation (aka: making lemons into lemonade).

The film is slow moving at times, and aimless other times. This is obviously a coming of age story in the purest sense, but there are elements–especially the storyline with Luke’s family–that totally fall flat. That whole thing just doesn’t ring true, and feels a bit tossed in. The heartbreak of thinking you’ve found true love, only to have the carpet yanked our from under you by a chick is certainly something all of us can relate to, but in this case that core is surrounded by too much other nonsense and superfluous plot and I just wasn’t feeling the love. Peace out.