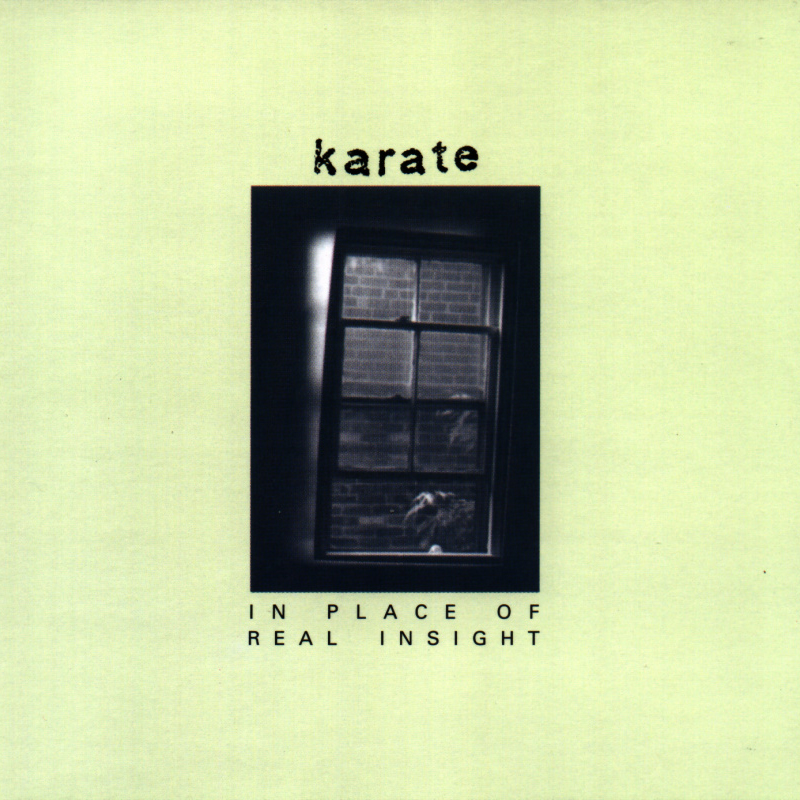 Karate: In Place of Real Insight

You can feel the vibe right off the bat on this album. The forward, verging on (gulp) emo vocals, backed by a an increasingly jazzy undertone that starts and stops and swells and retreats and goes off in directions that straight forward indie rock would never dream to explore bring you into the soft pillow that is the true burgeoning of Karate’s sound. They do veer into some more traditional emo rock areas at times, most of which will be obliterated a couple albums down the line, but you can’t create a new genre over night. They swing wildly between faster, more abrasive stuff and slower, plodding down tempo stuff, but overall, it’s a step in the right direction.